Accessibility links
Europe Bans Pesticides In Move To Protect Honey Bees : The Two-Way Three popular pesticides are being banned in the European Union, where officials are hoping the change helps restore populations of honey bees, vital to crop production, to healthy levels. 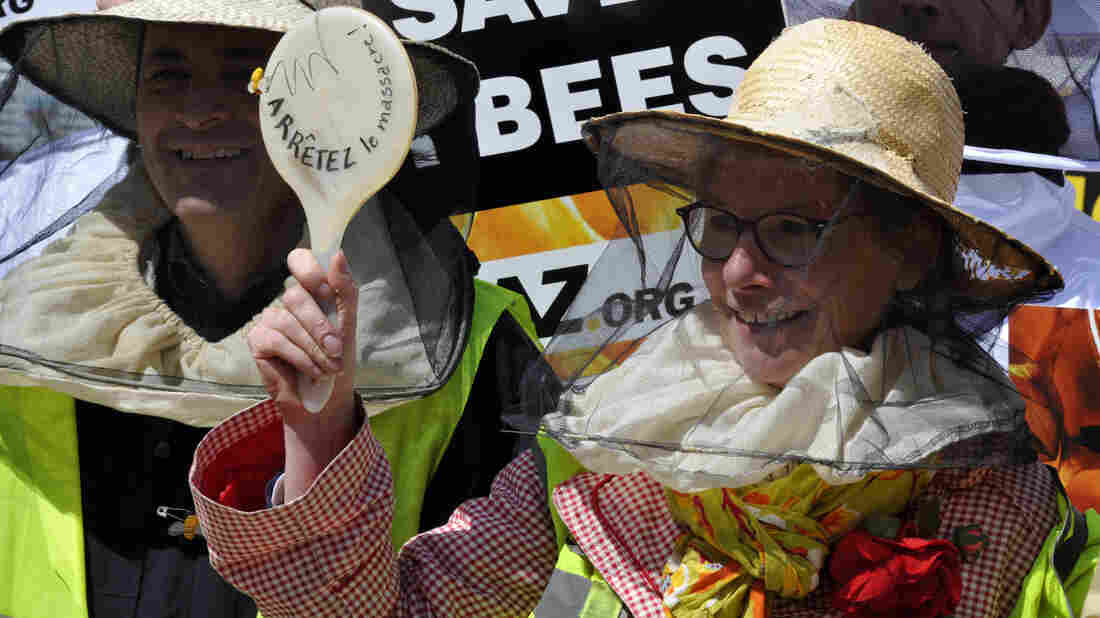 Beekeepers demonstrate at the EU headquarters in Brussels Monday, as lawmakers vote on whether to ban pesticides blamed for killing bees. Georges Gobet/AFP/Getty Images hide caption 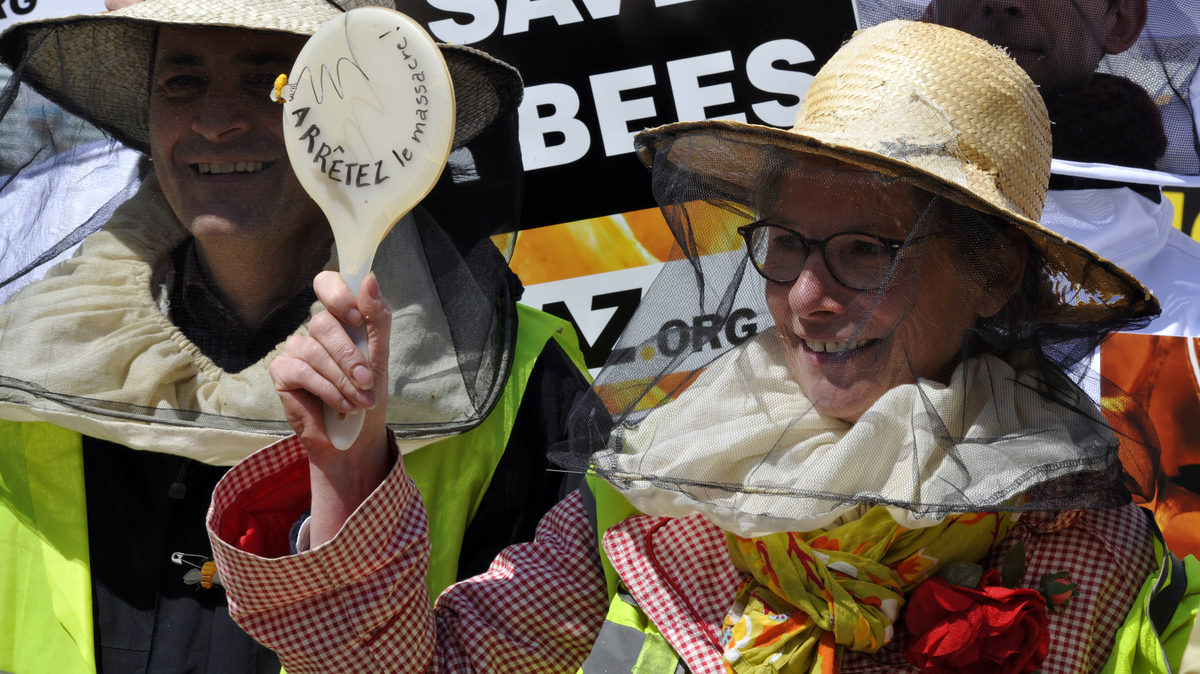 Beekeepers demonstrate at the EU headquarters in Brussels Monday, as lawmakers vote on whether to ban pesticides blamed for killing bees.

Three popular pesticides will soon be illegal in the European Union, where officials hope the change helps restore populations of honey bees, vital to crop production, to healthy levels. The new ban will be enacted in December.

"I pledge to do my utmost to ensure that our bees, which are so vital to our ecosystem and contribute over €22 billion ($28.8 billion) annually to European agriculture, are protected," said EU Health and Consumer Commissioner Tonio Borg.

Two European producers of the banned pesticides, Bayer of Germany and Sygenta of Switzerland, have said their products aren't to blame for the bees' decline. Called neonicotinoids, the pesticides will no longer be approved for use in European crops that include corn, rapeseed, and cotton.

Earlier this year, a European Food Safety Authority report found that the pesticides — clothianidin, imidacloprid and thiametoxam — presented a risk to bees when they are exposed to the dust, pollen, or nectar of some treated crops.

In the U.S., a group of environmentalists and beekeepers have sued the Environmental Protection Agency to stop the use of two of the pesticides, as NPR's Dan Charles recently reported.

The pesticides are "used to coat the seeds of many agricultural crops, including the biggest crop of all: corn," Dan reported. "Neonics, as they're called, protect those crops from insect pests."

Critics of the pesticides say that while small doses of the chemicals may not be immediately toxic to bees, they disrupt the bees' ability to work with their colonies, eventually leading to weakened hives that can't sustain themselves — or pollinate plants.

"However, pesticide manufacturers and some scientists say no link has been proven between the use of neonicotinoids and a sharp decline in bee numbers in Europe in recent years," Reuters reports, "a phenomenon known as "colony collapse disorder."

When the European Union's member states voted on the issue, a qualified majority could not be reached, with 15 of the union's 27 member states voting in favor. But its executive European Commission decided to move ahead with the ban, and to review its effects within two years.