Accessibility links
Spanish Judge Orders Bags Of Blood Destroyed In Doping Case : The Two-Way The order came after a judge found Dr. Eufemiano Fuentes guilty of endangering public health. The destruction of the blood and records means we may never know what athletes were treated by Fuentes. 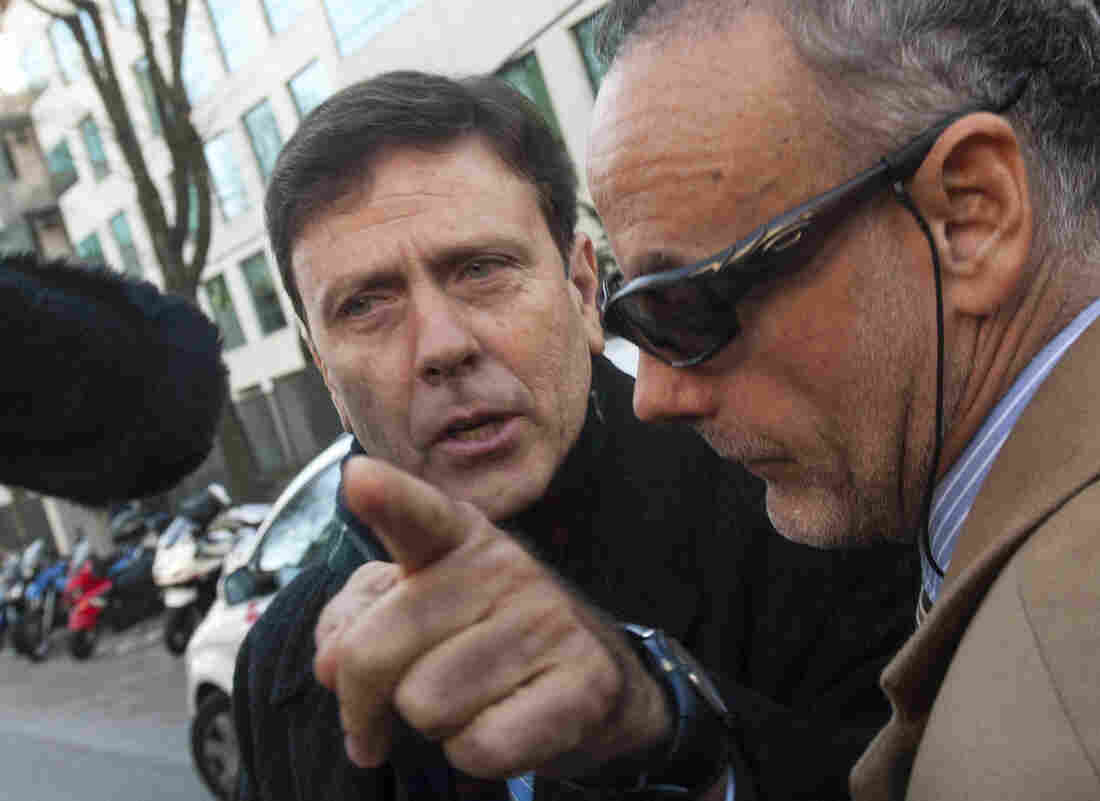 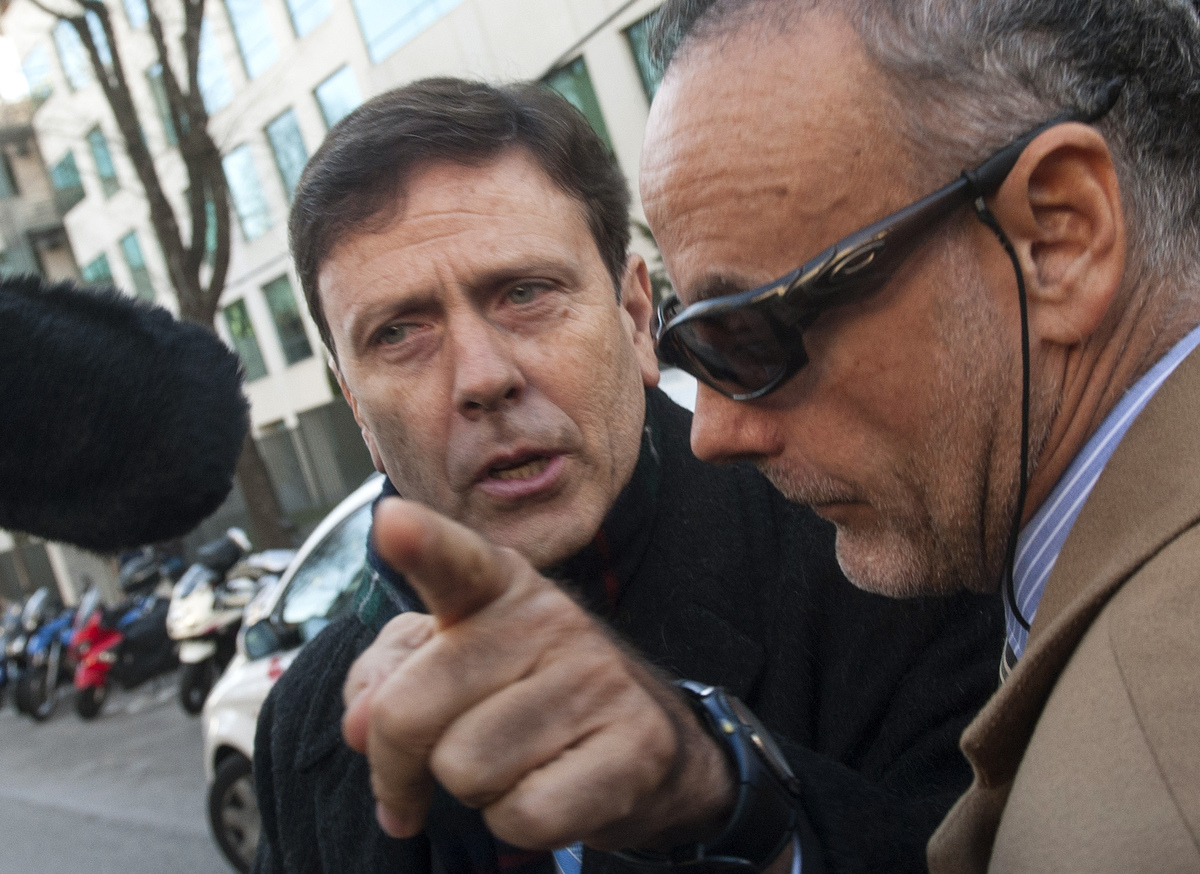 Doctor Eufemiano Fuentes, left, arrives at a court house in Madrid on January 28, 2013.

By all accounts, it was a less-than-spectacular end to one of Spain's biggest doping cases. El País, the country's biggest newspaper, summed up the trial of Dr. Eufemiano Fuentes saying it ended without blood and without a sentence.

Fuentes was convicted of endangering public health and was given a one-year suspended sentence, a $6,000 fine and a four-year ban from practicing medicine. Most people sentenced under two years in Spain skip prison.

But that's not the big news. The news that is causing waves across the sports world is that Judge Julia Patricia Santamaria also ordered that more than 200 bags of blood and the documentation regarding them, which was seized during Operation Puerto, should be destroyed. As The New York Times reports that could mean "an effort to uncover possibly one of the biggest doping scandals in history" might be thwarted.

"Antidoping agencies and sports federations, including the World Anti-Doping Agency and Spain's new antidoping agency, had requested the blood bags so they could try to identify which athletes had been Fuentes's clients and pursue doping cases involving them," the Times reports. "Though only cyclists have been identified as working with Fuentes, he testified at his two-month trial that his patients also included athletes in tennis, soccer, boxing and track and field."

"The alleged doping network was uncovered on May 23, 2006, when Spanish police raided several apartments and a laboratory in Madrid and seized about 200 bags of blood. Police also arrested doctors, sporting directors and trainers suspected of taking part in the scheme.

"During the trial, Fuentes said he also had clients in other sports including soccer, tennis and boxing."

The AP puts the number of cyclists implicated at 50.

Santamaria ruled the bags of blood and documentation could not be released because of Spain's privacy laws.