Accessibility links
No More Politics For Pakistan's Musharraf, Court Orders : The Two-Way The former Pakistani president has been banned for life from running for political office. 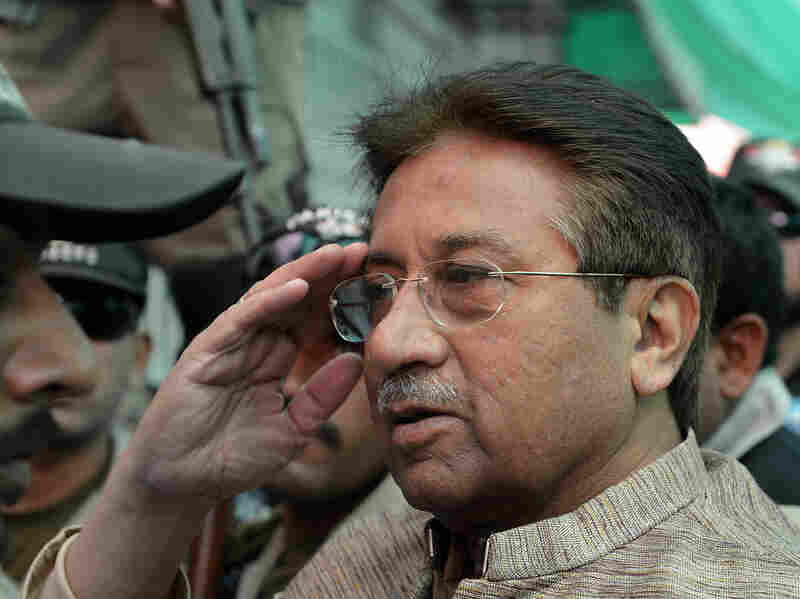 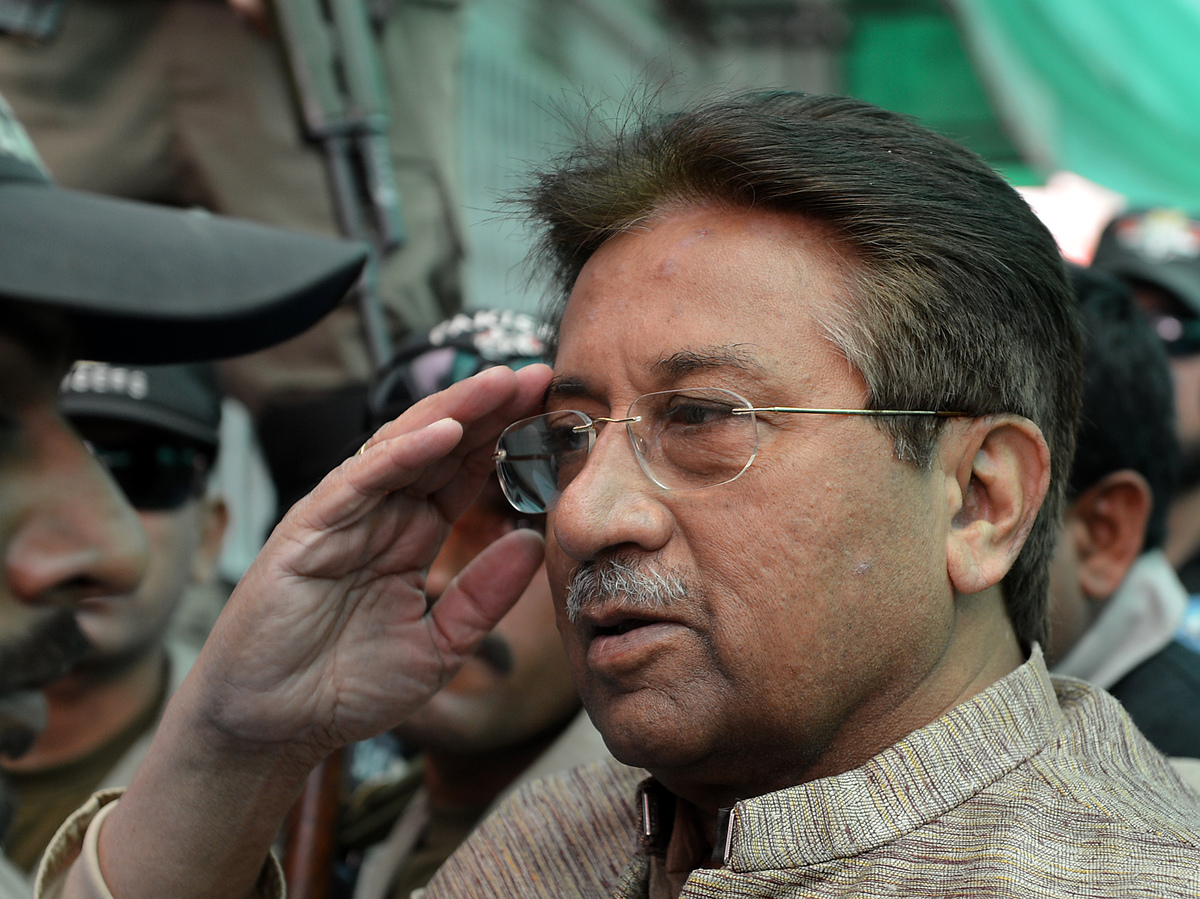 Former Pakistani President Pervez Musharraf is escorted from a courtroom on April 20.

Former Pakistani President Pervez Musharraf has been banned for life from running for political office, a high court ruled on Tuesday.

The move by the Peshawar High Court appears to end the possibility that Musharraf, who returned to the country last month after four years in self-imposed exile, will stand in the May 11 parliamentary elections as he had hoped.

NPR's Julie McCarthy reports that "it is reportedly the first time that a court in Pakistan has imposed a lifetime ban on contesting elections, and Musharraf's lawyers question the legality."

The case against Musharraf, a former general who first seized power in a 1999 military coup, stems from his declaration of martial law and a subsequent campaign against the judiciary in which some 60 judges were placed under arrest.

According to Al-Jazeera, the Peshawar High Court judges:

"... barred him from running and put him under house arrest in connection with a pair of court cases against him.

"One involves his decision to fire senior judges, including the chief justice of the Supreme Court, while in power. The other relates to the assassination of former prime minister Benazir Bhutto in 2007. Government prosecutors have accused Musharraf of being involved — allegations he has denied."

Peshawar High Court Chief Justice Dost Mohammad Khan referred to Musharraf in court as "the former dictator," and said he was being banned from politics because he had "ordered senior judges and their families be put under house arrest and twice abrogated the country's constitution."

Less than two weeks ago, Musharraf was whisked from a courtroom in Islamabad after a judge voided his bail. He remains under house arrest.

McCarthy says that on his return last month, "not only did a groundswell [for Musharraf] not materialize, [but] he became the first former army chief to be arrested in Pakistan. He was taken into custody over a lawsuit challenging his crackdown on the judiciary during his time in office."