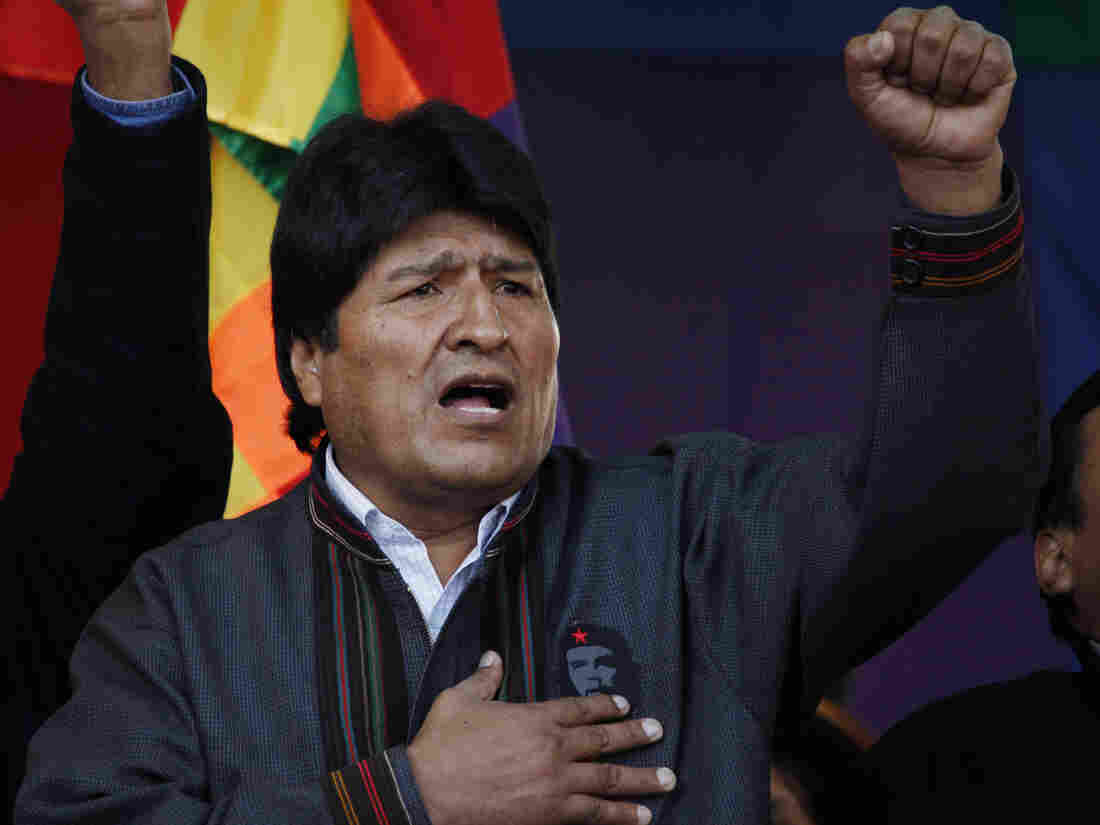 Bolivian President Evo Morales sings his national anthem during the annual May Day march in La Paz on Wednesday. He announced during a speech that he was expelling the U.S. Agency for International Development from the country. Juan Karita/AP hide caption 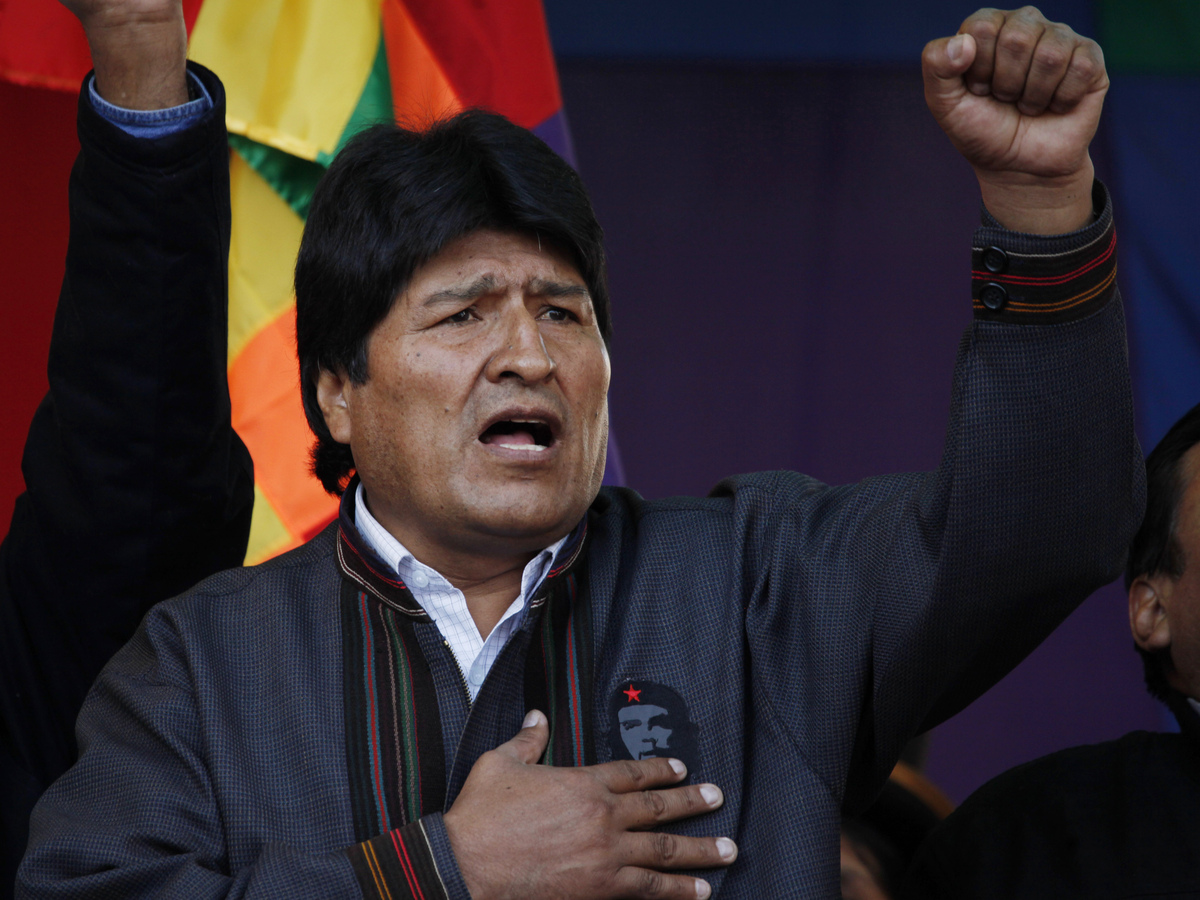 Bolivian President Evo Morales sings his national anthem during the annual May Day march in La Paz on Wednesday. He announced during a speech that he was expelling the U.S. Agency for International Development from the country.

Bolivian President Evo Morales expelled the U.S. Agency for International Development from his country, accusing it of undermining his government.

"We have decided to expel USAID from Bolivia," Morales said in a May Day speech outside the presidential palace in La Paz.

He said he'd ordered the country's foreign minister, David Choquehuanca, to notify the U.S. Embassy of the decision.

Bolivia's official ABI news agency reported that Morales accused USAID, which has been in Bolivia since 1964, of political interference with peasant unions and other social organizations and conspiring against his government.

The Associated Press notes that U.S. foreign aid to Bolivia has fallen from $100 million in 2008 to $28 million last year.

Morales also said the U.S. must changes its mentality of "domination and subjugation" of Latin America, criticizing Secretary of State John Kerry's remarks that the region was America's "backyard."

"In a 2010 Freedom of Information Act request, The Associated Press asked USAID for descriptions of the Bolivian recipients of grant money. The response did not go into detail, but did include such items as $10.5 million for 'democracy-building' awarded to Chemonics Int. Inc. in 2006 'to support improved governance in a changing political environment.'

"A similar program in Venezuela, bearing the same name, was described by then-U.S. ambassador to Caracas William Brownfield in a November 2006 diplomatic cable as being aimed at countering attempts by that country's late president, Hugo Chavez, to centralize power and suppress civil liberties.

"The cable, classified as secret, was published by WikiLeaks, and the program was administered by USAID's Office of Transition Initiatives, whose Web page says it operates 'in priority countries in crisis.' "

This isn't the first time the Bolivian president has expelled a U.S. agency working in the country. In 2008, he ordered the Drug Enforcement Administration out.