Accessibility links
Veteran British Broadcaster Admits To Sexual Abuse Of Girls : The Two-Way Stuart Hall is the latest British TV personality who has been linked to sexual abuse. His arrest is part of an operation that followed revelations about the beloved Jimmy Savile, who died in 2011. 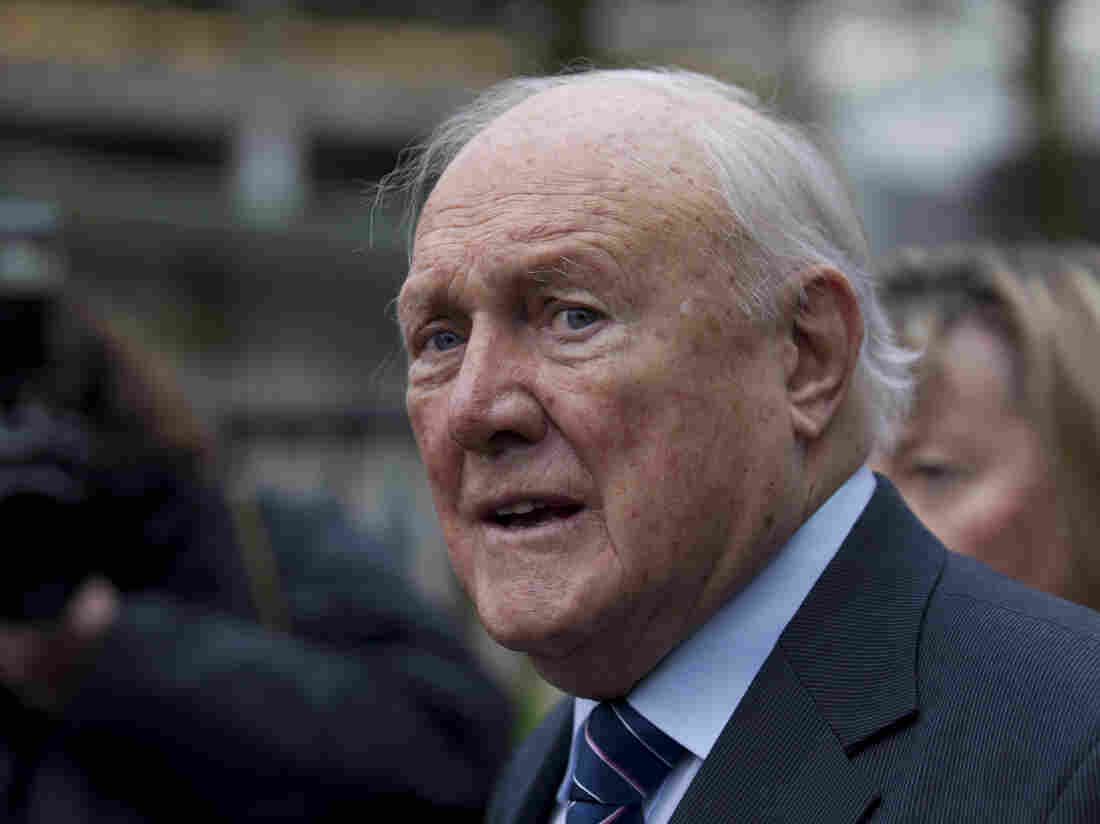 In February, former BBC broadcaster Stuart Hall vowed to fight the allegations against him. On Thursday, he admitted to 14 charges of indecently assaulting girls. Jon Super/AP hide caption 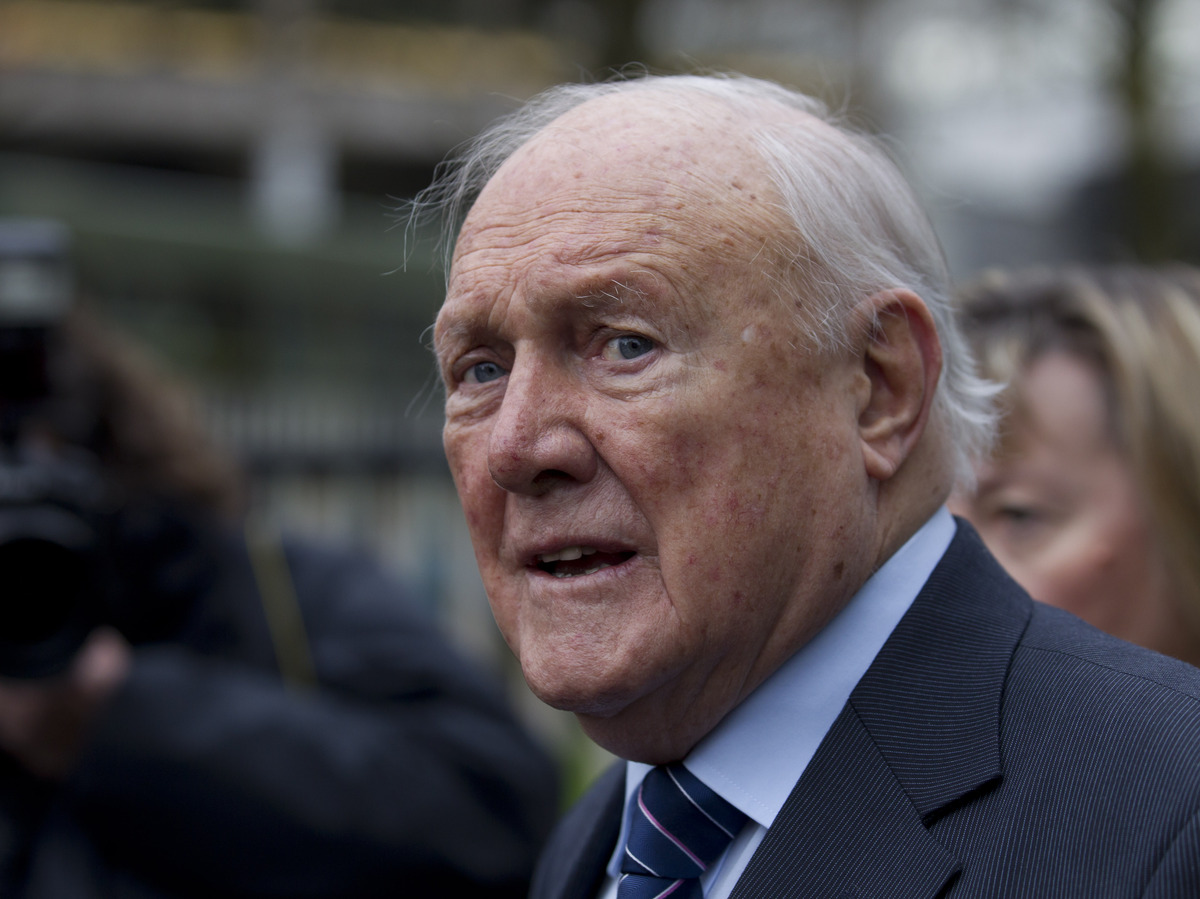 In February, former BBC broadcaster Stuart Hall vowed to fight the allegations against him. On Thursday, he admitted to 14 charges of indecently assaulting girls.

The late Jimmy Savile is not the only U.K. TV personality whose name has emerged in a sexual abuse investigation. A wide-ranging British inquiry has revealed many other household names who are suspected of committing sexual offenses decades ago.

"The 83-year-old of Wilmslow, Cheshire, pleaded guilty at Preston Crown Court to the offences, involving 13 victims, which occurred between 1967 and 1985.

"The ex-host of the BBC game show It's a Knockout ... was bailed and is due to be sentenced on 17 June.

"His lawyer said he apologised to his victims and was 'all too aware that his disgrace is complete.'

"Three charges of indecent assault and one of rape will lie on the court file.

"Hall was working as a football reporter on BBC Radio 5 Live and wrote a weekly sport column for the Radio Times magazine until his arrest."

As recently as February, Hall had vowed to fight the charges. His role emerged as part of Operation Yewtree, an investigation launched after revelations about Savile, who died in 2011. As we reported at the time, a British police inquiry found that more than 200 crimes were formally recorded against the beloved TV personality. The abuses took place between 1955 and 2009, and the bulk of the victims were girls under the age of 18.

That led to claims about other personalities, and Operation Yewtree has also led to other arrests. Last month, police arrested Australia-born Rolf Harris, one of Britain's best-known entertainers, on unspecified charges. As The New York Times put it:

"Like Mr. Savile, Mr. Harris had been known to successive generations of Britons and Australians as an affable, if quirky, national treasure, a fixture on television and entertainment shows who played on his Australian roots and his skills as an artist and musician.

"Bearded, bespectacled and slightly breathless in his presentation, Mr. Harris's performances ranged from quick-fire sketches to music-making with instruments, like the tubular didgeridoo, from the Australian outback. He worked for many years on BBC programs but started his latest show on the commercial Channel 5 in 2012."

The Times has been following the story, and offers this nugget that serves as a frame of reference: "In American terms, it is as if Captain Kangaroo, Dick Clark and Jerry Lewis were suddenly being accused of committing sexual crimes dating back 30 or 40 years."

But of the dozens arrested as part of the operation, including the singer Gary Glitter, only two others have been charged: Max Clifford, one of the country's best-known publicists; and a former BBC driver.

Clifford, who is accused of indecently assaulting seven girls and young women between 1966 and 1985, has denied the allegations; the driver, David Smith, is accused of raping a 14-year-old boy in 1984.