Accessibility links
Iowa Court: List Both Same-Sex Parents On Birth Certificates : The Two-Way The state's high court says among other things that the move will ensure support from both parents. 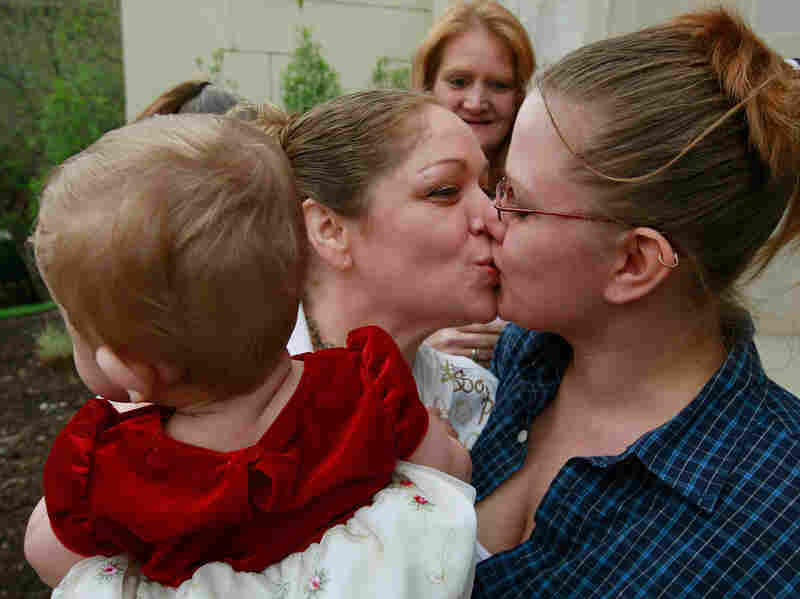 An Iowa couple and their daughter after a wedding ceremony on the first day same-sex marriage was legal in the state, in April 2009. Scott Olson/Getty Images hide caption 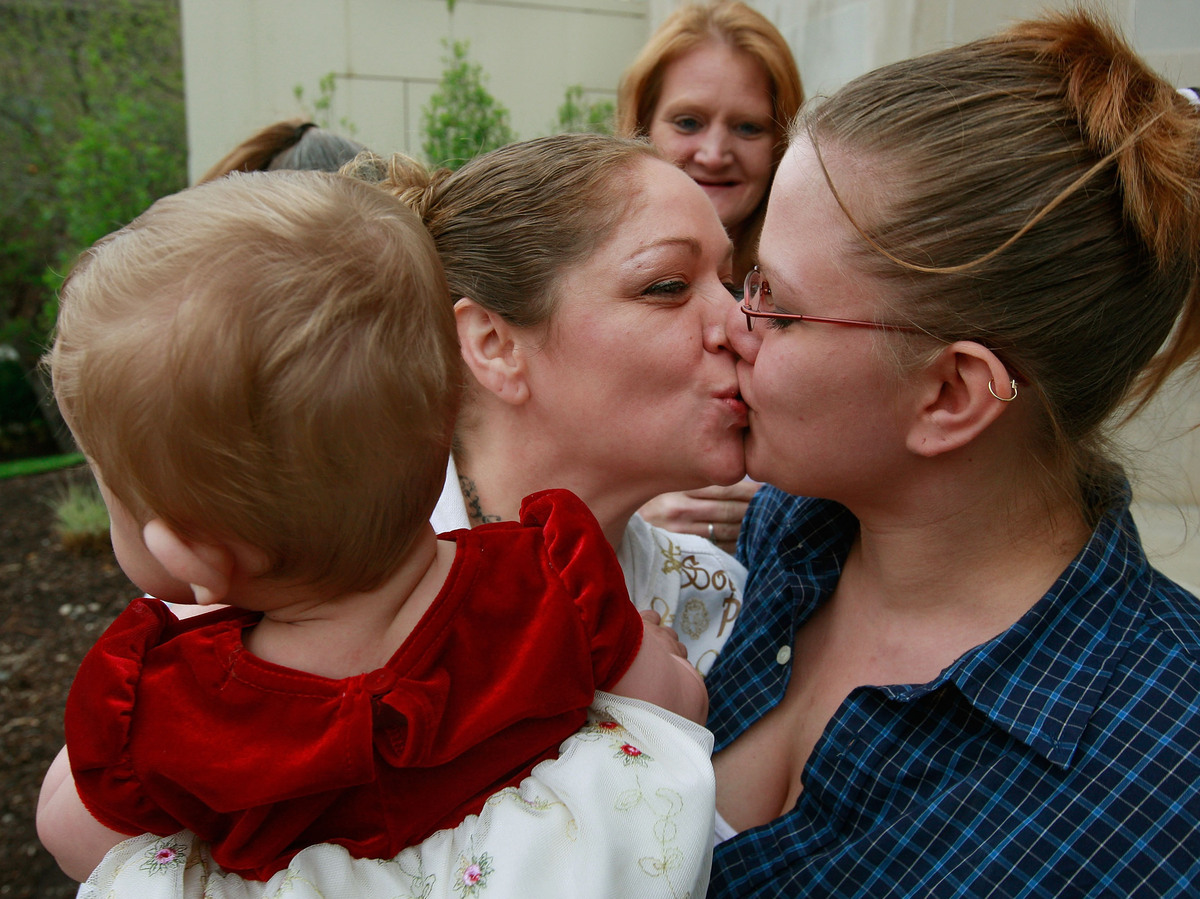 An Iowa couple and their daughter after a wedding ceremony on the first day same-sex marriage was legal in the state, in April 2009.

Iowa's Supreme Court has ruled unanimously that the state's health department must include the names of both same-sex spouses as parents on a child's birth certificate.

The ruling stems from a challenge brought by Heather and Melissa Gartner of Des Moines, following the Iowa Department of Public Health's refusal in 2009 to list Heather as a parent on their daughter's birth certificate.

The couple was married that same year, after Iowa legalized same-sex marriage.

Justice David Wiggins, who authored the opinion of the court, said the state had an interest in "the accuracy of birth certificates, the efficiency and effectiveness of government administration, and the determination of paternity."

"By naming the nonbirthing spouse on the birth certificate of a married lesbian couple's child, the child is ensured support from that parent and the parent establishes fundamental legal rights at the moment of birth," the opinion said.