Accessibility links
Dream Wedding Is Now South Africa's Diplomatic Nightmare : The Two-Way It's been dubbed Guptagate. A private jet flies in 200 high-society guests from India for a four-day wedding that has South Africans steaming for answers. Among the wedding party's alleged offenses: refusing to be served by black staff. 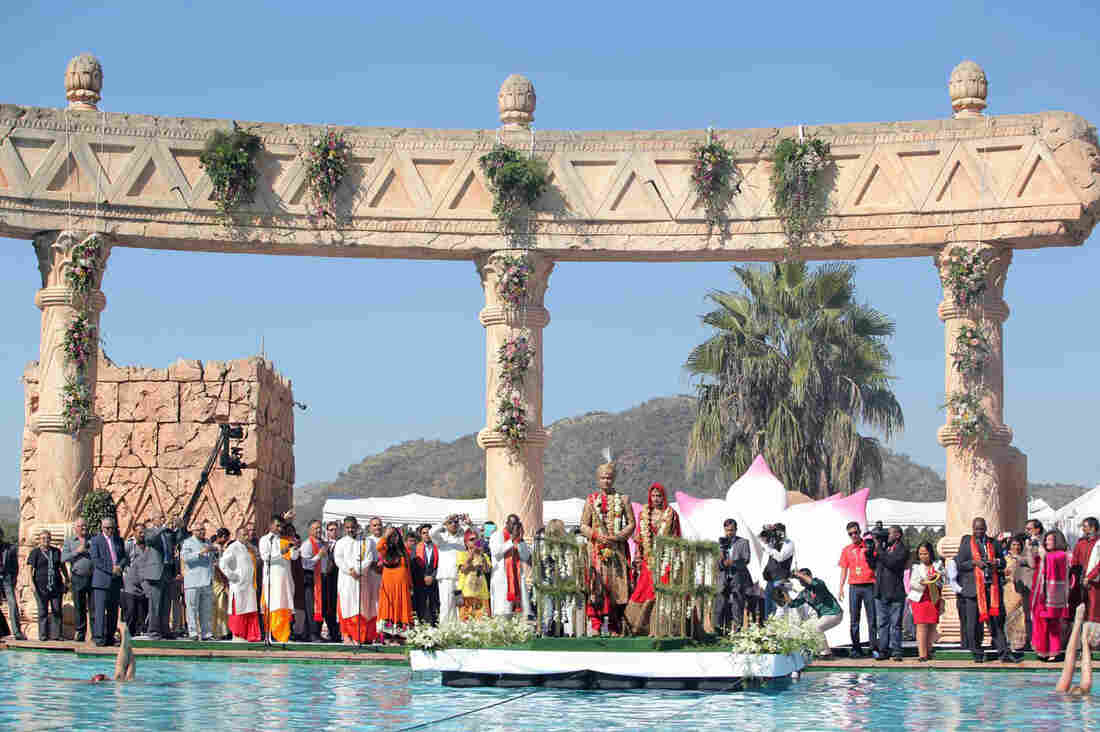 The wedding party poses at the Sun City resort in South Africa, on Wednesday. South Africa's government announced the suspension of a slew of officials and military personnel on Friday as it tried to limit the political and diplomatic fallout from the lavish Indian wedding. Gupta Family via AFP/Getty Images hide caption

It's been dubbed Guptagate. The real-life story reads like a Hollywood — or Bollywood — script, and it's dominating the national conversation in South Africa.

It starts with a high-society wedding in South Africa, organized by three wealthy, well-connected and influential brothers named Gupta from India. Then the scandal begins: A private jet flies in 200 guests — including Bollywood stars — from India, landing at a restricted air force security base in Pretoria, allegedly without the appropriate clearance.

A flashing, blue-light escort ferries the convoy from the airbase to a luxury resort for the marriage of a 23-year-old niece. Next come allegations of racism. The wedding guests allegedly refused to be served or driven by black African staff, preferring white or Asian personnel.

The event is threatening to have potentially serious diplomatic consequences for South Africa and India. Indian diplomats are being questioned about their alleged role in what the South African government is calling a national "breach of security."

"We have a diplomatic incident at hand," said Maite Nkoana-Mashabane, South Africa's Minister for International Relations and Cooperation. An Indian official allegedly arranged landing permits with airbase commanders, an act Nkoana-Mashabane describes as a flagrant breach of protocol.

"It is not normal that an official at an embassy goes to a government entity and starts soliciting permits," she said. 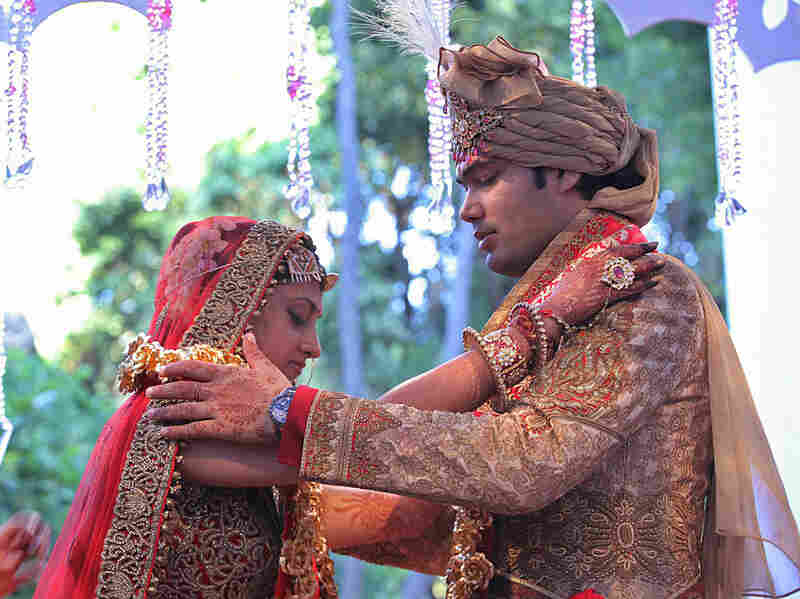 Vela Gupta is the niece of South Africa's influential Gupta brothers. Her wedding this week to Aaskash Jahajgarhia has the South African government scrambling to hold officials accountable for alleged security breaches and other special treatment for the wedding party HO/Gupta Family via AFP/Getty Images hide caption

Once the story broke, the lavish four-day nuptials were interrupted by border officials belatedly asking guests to fill in customs' forms — although their passports were apparently stamped at the airbase on arrival.

The police have opened a criminal docket against a Pretoria car hire company for the illegal use of restricted, security blue lights in the cavalcade of BMWs.

COSATU, the Congress of South African Trade Unions, is threatening a strike and says it's investigating the racism allegations.

Senior heads have begun to roll — though not at Cabinet level, yet. Five top-ranking officials have been suspended so far. Two Air Force base commanders and South Africa's chief of state protocol are among the early casualties.

The three Gupta brothers — Atul, Ajay and Rajesh — deny any wrongdoing. The Guptas are major financial backers of the governing African National Congress Party and known to brag about their friendship with President Jacob Zuma. They're reported to have a business relationship with at least one of his children.

The embarrassing and much-publicized episode has yet to suck Zuma in. He was away and missed the Gupta wedding, which other government officials attended.

Still, the incident has elicited rare public rebukes from some of Zuma's political allies and raised questions from the president's critics — as well as from ordinary South Africans — about his judgment. A statement from Zuma's office said he welcomed the investigations into the incident by the relevant government bureaus. A report from those investigations is due back within the week.

But the affair has swung an awkward spotlight on Zuma's relationship with the Gupta brothers. Their business empire in South Africa straddles aviation, mining, technology and much more.

This week, Atul Gupta said that South Africans should be grateful for the investment the Gupta family is generating in the country.

"South Africa should be thankful for an investment that we are doing in this country," he said. "We're doing so much, so much as you can see. Hundreds of people getting jobs here. Temporary jobs, but it's a lot of boost to the tourism. I don't know what they're talking [about]."

South Africans complain this is merely another blatant example of cronyism and that the authorities are as much to blame as the Guptas.

The bride, groom and wedding party left South Africa on Friday, but the political fallout is likely to linger for longer.