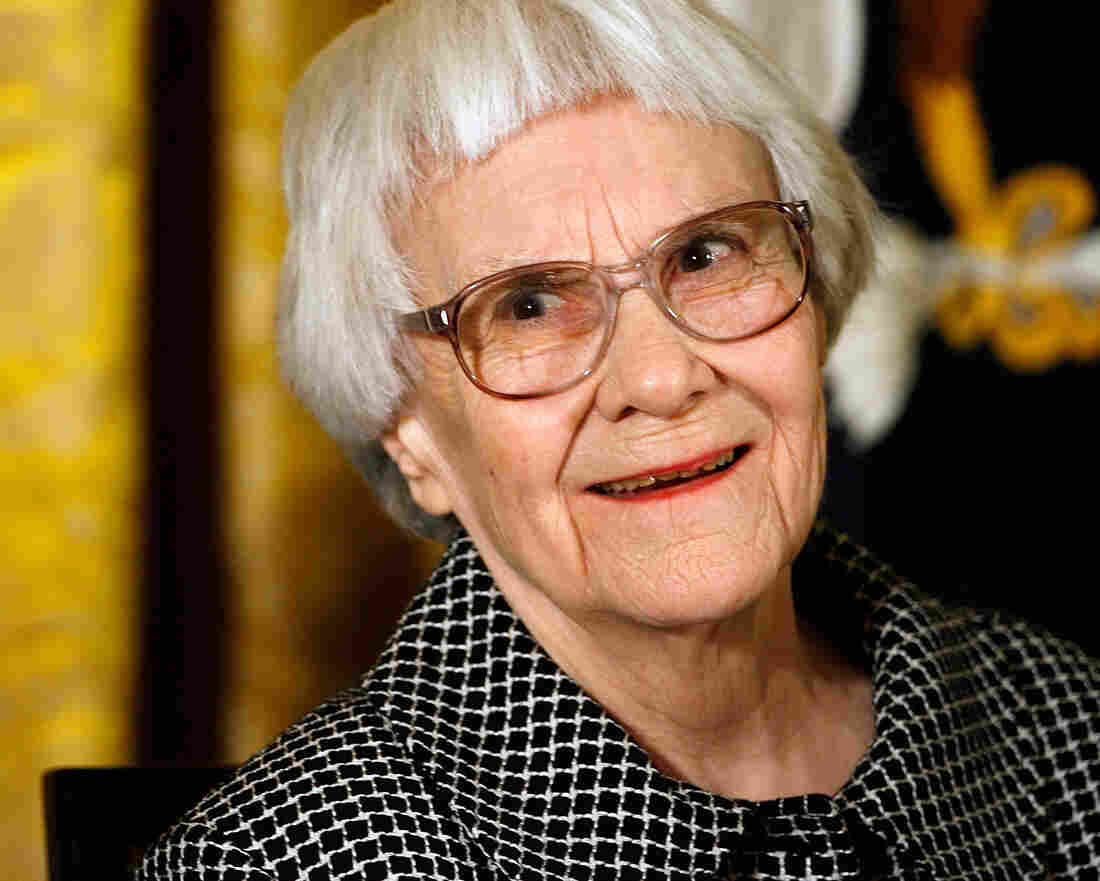 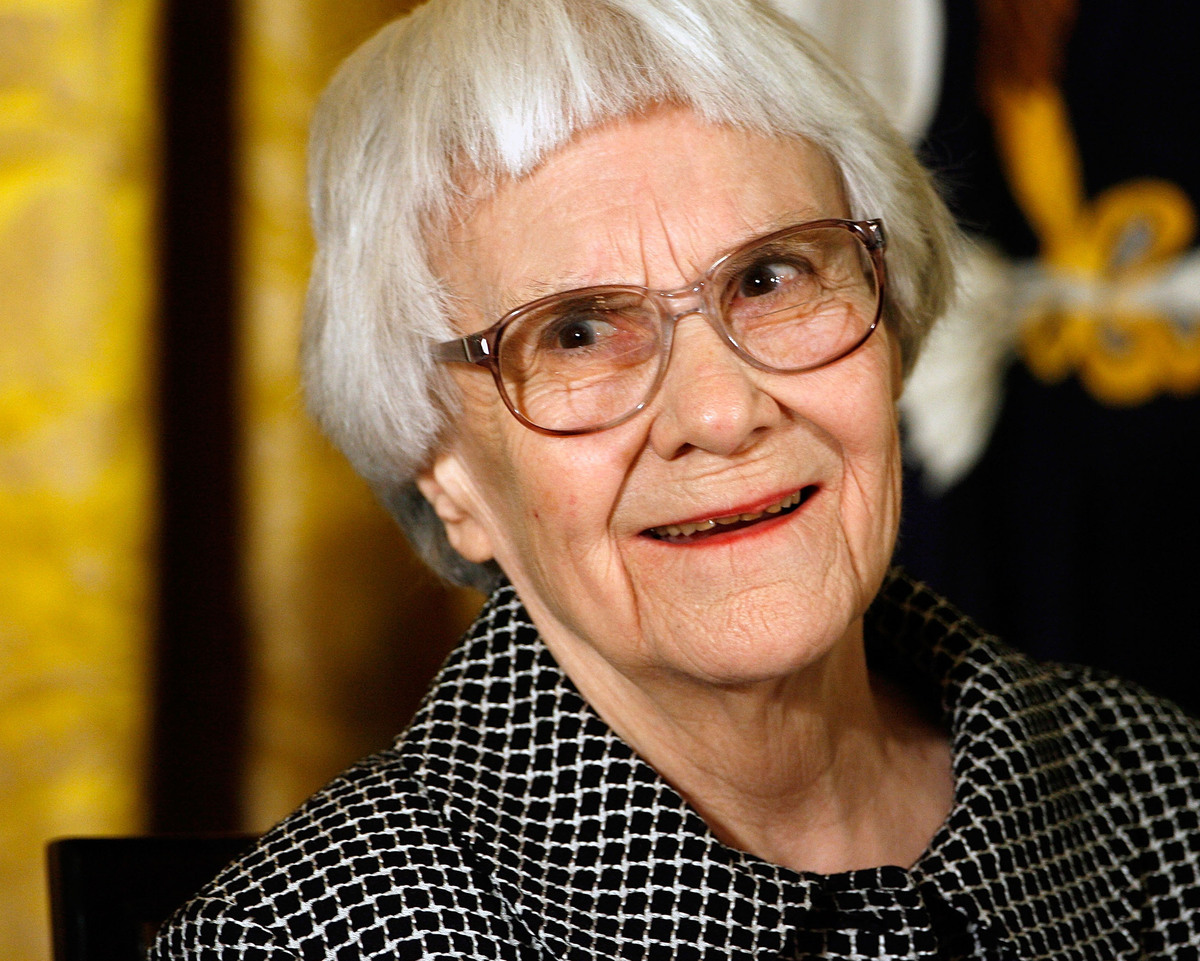 Harper Lee smiles before receiving the 2007 Presidential Medal of Freedom at the White House in Washington, D.C.