Accessibility links
Air Force Sexual Assault Prevention Chief Charged With Sexual Battery : The Two-Way Jeffrey Krusinski, 41, was removed from his position as soon as the Air Force learned of the arrest. Krusinski was the officer in charge of the sexual prevention and response branch for the Air Force.

The officer in charge of the sexual assault prevention and response branch for the Air Force was arrested and charged with sexual battery over the weekend. 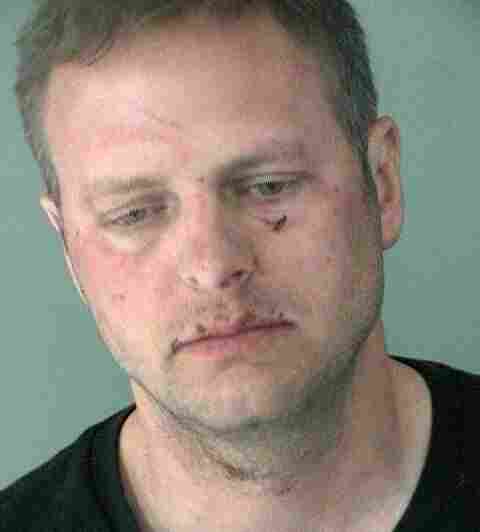 According to an Arlington (Va.) County Police Department incident report, Lt. Col. Jeffrey Krusinski, 41, was arrested when he allegedly drunkenly "approached a female victim in a parking lot and grabbed her breasts and buttocks."

"The victim fought the suspect off as he attempted to touch her again and alerted police," the report read.

Stars and Stripes reports Krusinski served in Afghanistan and Iraq and served as the commander of 6th Force Support Squadron at MacDill Air Force Base in Tampa, Fla. Krusinski is currently the chief of the Air Force Sexual Assault Prevention and Response branch.

"The Air Force has recently come under fire for a decision by a lieutenant general to throw out the sexual assault conviction of fighter pilot Lt. Col. James Wilkerson. Wilkerson, 44, the former inspector general for the 31st Fighter Wing at Aviano Air Base in Italy, was convicted last year of aggravated sexual assault and sentenced to a year in jail, forfeiture of pay and dismissal from the Air Force. Lt. Gen. Craig Franklin overturned the sentence and reinstated Wilkerson into the Air Force.

"Additionally, more than a dozen training instructors at Joint Base San Antonio-Lackland, the Air Force's basic training facility, have been convicted of misconduct with trainees, from fraternization to sexual assault. More cases are still under investigation."

Tom tells us that Krusinski has been at his position for about about two months.

"He oversaw five employees who came up with publications, such as brochures and other educational material, as well as training programs," Tom tells us. "The overall head of sexual assault prevention is Brig. Gen. Eden Murrie, who's in charge of the Directorate of Services."