Accessibility links
Ray Harryhausen, Master Of Stop-Motion Animation, Dies : The Two-Way His sword-fighting skeletons in Jason and the Argonauts and models he animated in other movies made him a Hollywood legend. Directors including Steven Spielberg and George Lucas say Harryhausen was an inspiration. He was 92. 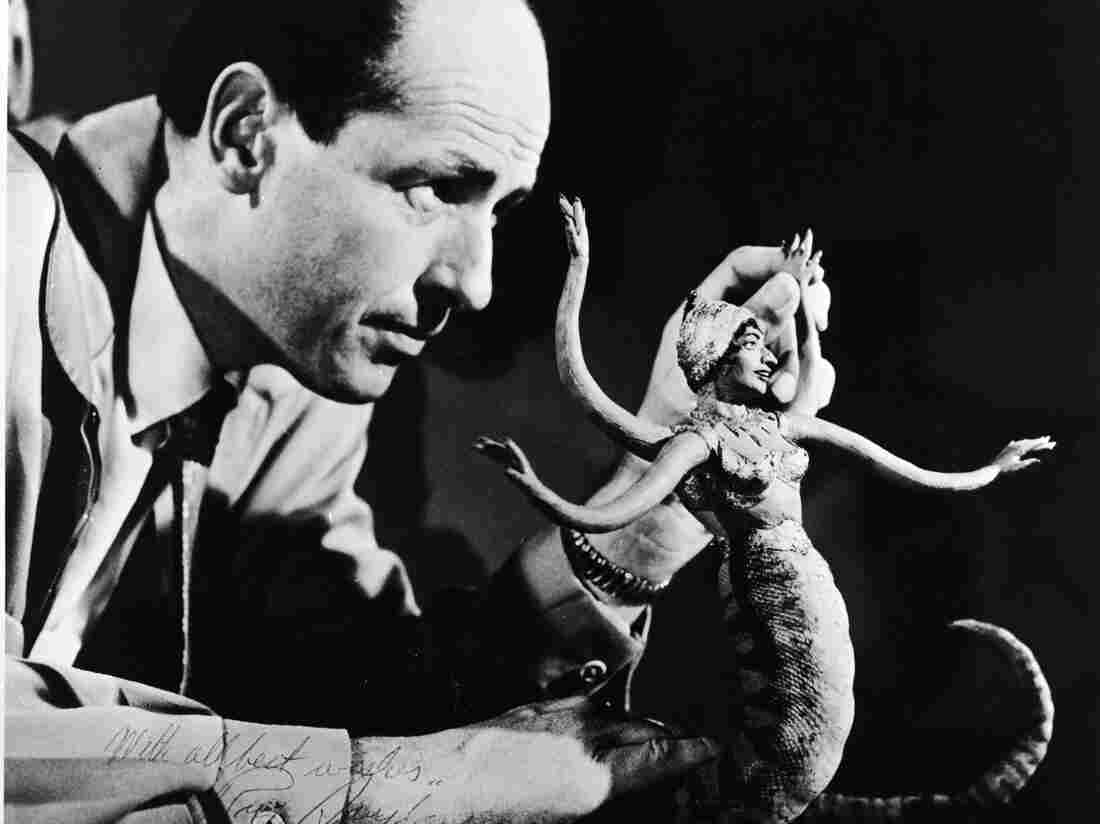 American film animator and special effects creator Ray Harryhausen with one of his creations in 1965. Hulton Archive/Getty Images hide caption 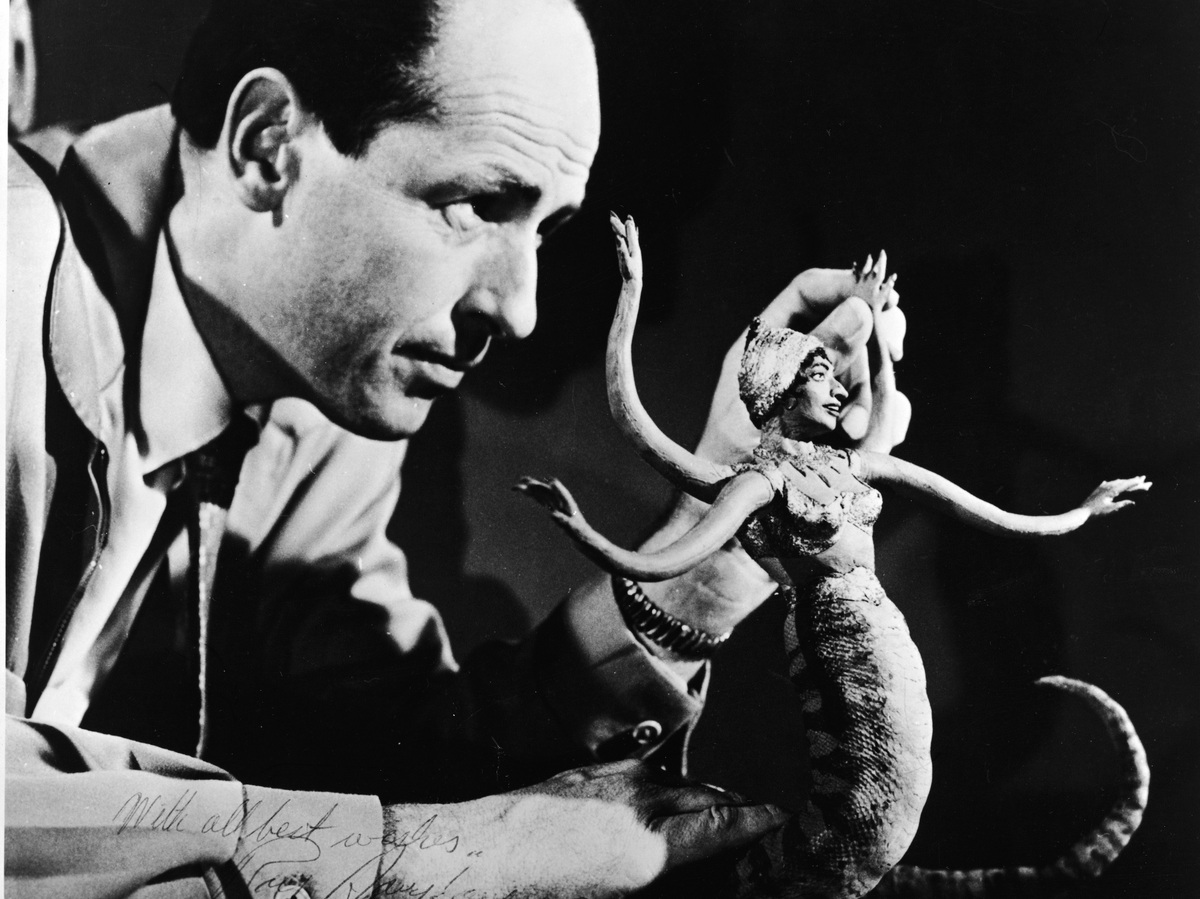 American film animator and special effects creator Ray Harryhausen with one of his creations in 1965.

Ray Harryhausen, who brought sword-fighting skeletons to the 1963 movie Jason and the Argonauts and was known as the master of stop-motion animation for his work on that and other films such as Clash of the Titans and The Golden Voyage of Sinbad, has died.

The Ray and Diana Harryhausen Foundation says on its Facebook page that he passed away Tuesday in London. Harryhausen, who was a producer and director as well as a model animator, was 92.

In 2004, Harryhausen told NPR that it was seeing King Kong in 1933 that led him to a life in the movies. "I couldn't figure out how it was done," he said of the stop-animation in that film, and he set out to learn.

On the Harryhausen Foundation's Facebook page, the praise from other movie giants includes these comments.

-- Director George Lucas: "Ray has been a great inspiration to us all in the special visual industry. The art of his earlier films, which most of us grew up on, inspired us so much. Without Ray Harryhausen, there would likely have been no Star Wars."

-- Director Peter Jackson: "The Lord of the Rings is my 'Ray Harryhausen movie.' Without his life-long love of his wondrous images and storytelling it would never have been made — not by me at least."

-- Director Steven Spielberg: "Ray, your inspiration goes with us forever."

Entertainment Weekly notes that Harryhausen "started making his own stop-motion films in his family's garage while connecting with a burgeoning science-fiction fan community in L.A., including life-long friend Ray Bradbury, who would become one of the pre-eminent sci-fi authors of the 20th century."

As for the famous skeletons, Harryhausen wrote in 2003 that:

"Each of the model skeletons was about eight to 10 inches high, and six of the seven were made for the sequence. The remaining one was a veteran from The Seventh Voyage of Sinbad, slightly repainted to match the new members of the family. When all the skeletons have manifested themselves to Jason and his men, they are commanded by Acetes to 'Kill, kill, kill them all,' and we hear an unearthly scream. What follows is a sequence of which I am very proud. I had three men fighting seven skeletons, and each skeleton had five appendages to move in each separate frame of film. This meant at least 35 animation movements, each synchronised to the actors' movements. Some days I was producing less than one second of screen time; in the end the whole sequence took a record four and a half months."

All Things Considered plans to have more on Harryhausen and his career later today. Click here to find an NPR station that broadcasts or streams the show.

From June 2004 on 'Weekend Edition Sunday'