Accessibility links
Obama Says U.S. And South Korea Stand Firm Against Pyongyang : The Two-Way The president says he has never spoken directly to the North Korean leader, but that he and South Korean President Park Geun-hye remain open to talks. 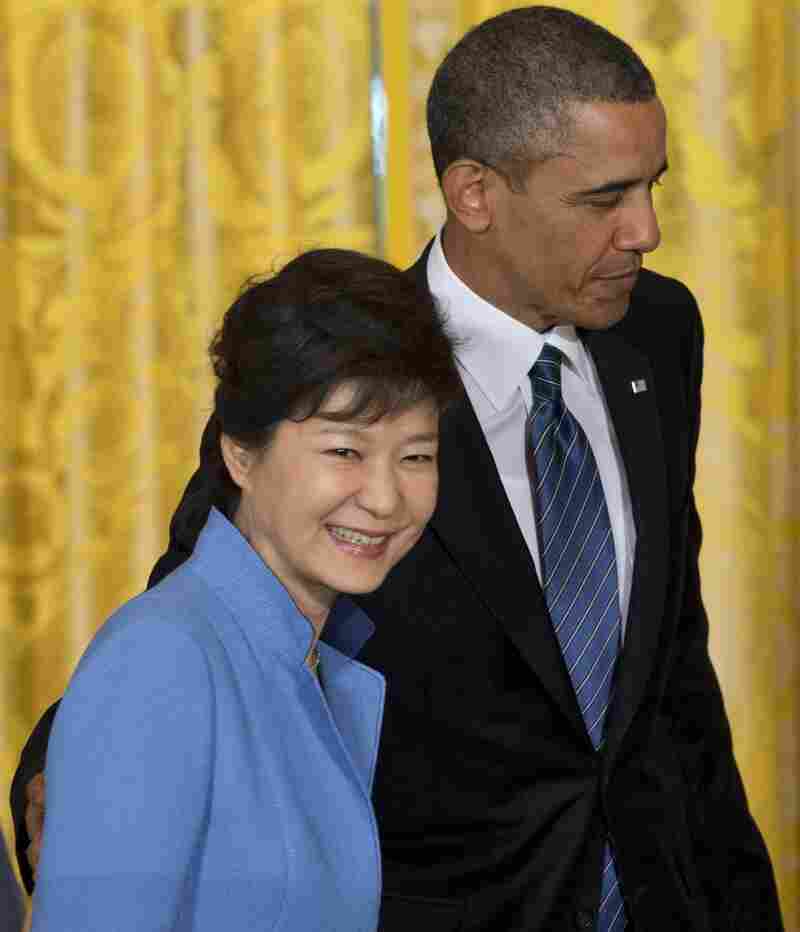 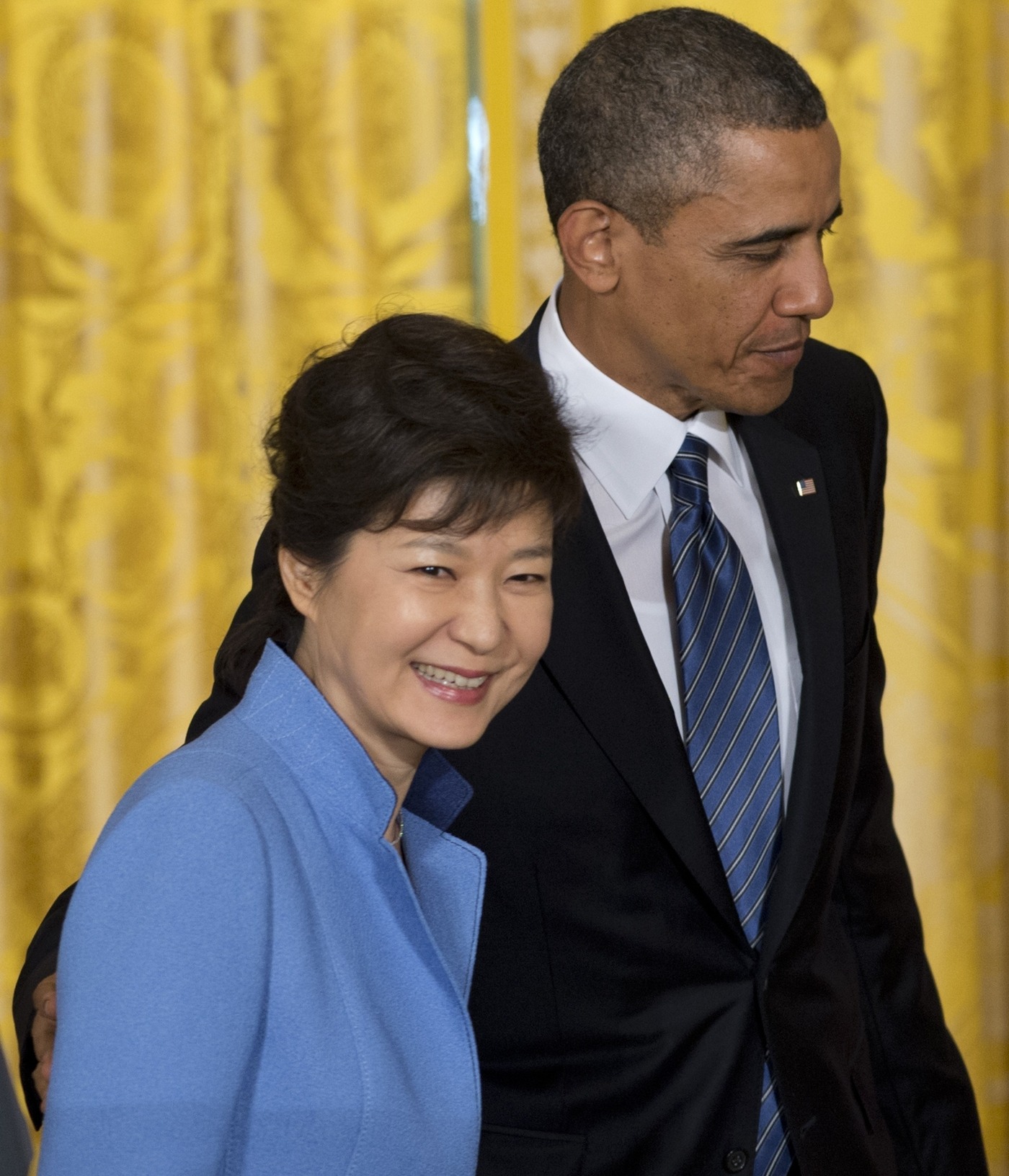 President Obama and South Korean President Park Geun-hye after a news conference at the White House on Tuesday.

President Obama says the United States and South Korea are determined to stand firm against North Korean threats and that the days of Pyongyang manufacturing a crisis to get international concessions "are over."

In a joint news conference with South Korean President Park Geun-hye on Tuesday, Obama said the two leaders "very much share the view that we are going to maintain a strong deterrent" against North Korea.

"We're not going to reward provocative behavior, but we remain open to the prospect of North Korea taking a peaceful path," he said.

"So far, at least, we haven't seen actions on the part of the North Koreans that would indicate they're prepared to move in a different direction," he added.

He said he's never spoken directly to North Korean leader Kim Jong Un, whose actions seem to be leading his country to a dead end.

Obama's talks with newly installed President Park show that the North has "failed again" to drive a wedge between Washington and Seoul, he said.

The president spoke of the "deep friendship" and the "great alliance" between the two countries.

Park's visit, her first abroad since becoming president in February, marks the 60th anniversary of the U.S.-South Korean alliance and comes amid ramped up rhetoric from North Korea, including threats to attack South Korea and the United States with nuclear missiles.

As we reported Monday, however, North Korea appears to have moved two medium-range missiles off launch standby in the country's east — a move that could signal a toning down of tensions.