Accessibility links
Rate Of U.S. Gun Violence Has Fallen Since 1993, Study Says : The Two-Way The United States has seen a drop in the rate of homicides and other violence involving guns in the past 20 years, according to a Pew Research Center study released Tuesday.

Rate Of U.S. Gun Violence Has Fallen Since 1993, Study Says

Rate Of U.S. Gun Violence Has Fallen Since 1993, Study Says 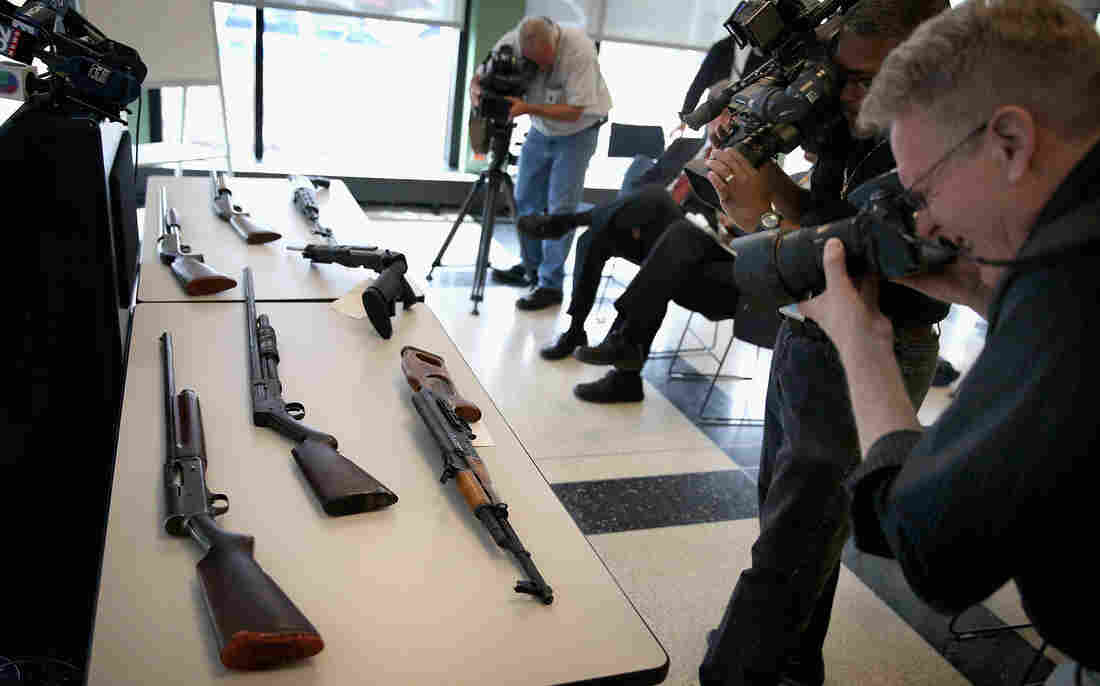 The U.S. rate of gun homicides and other crimes fell after 1993, according to two studies released Tuesday. But a survey showed that only 12 percent of Americans said they felt gun homicides had fallen. Scott Olson/Getty Images hide caption 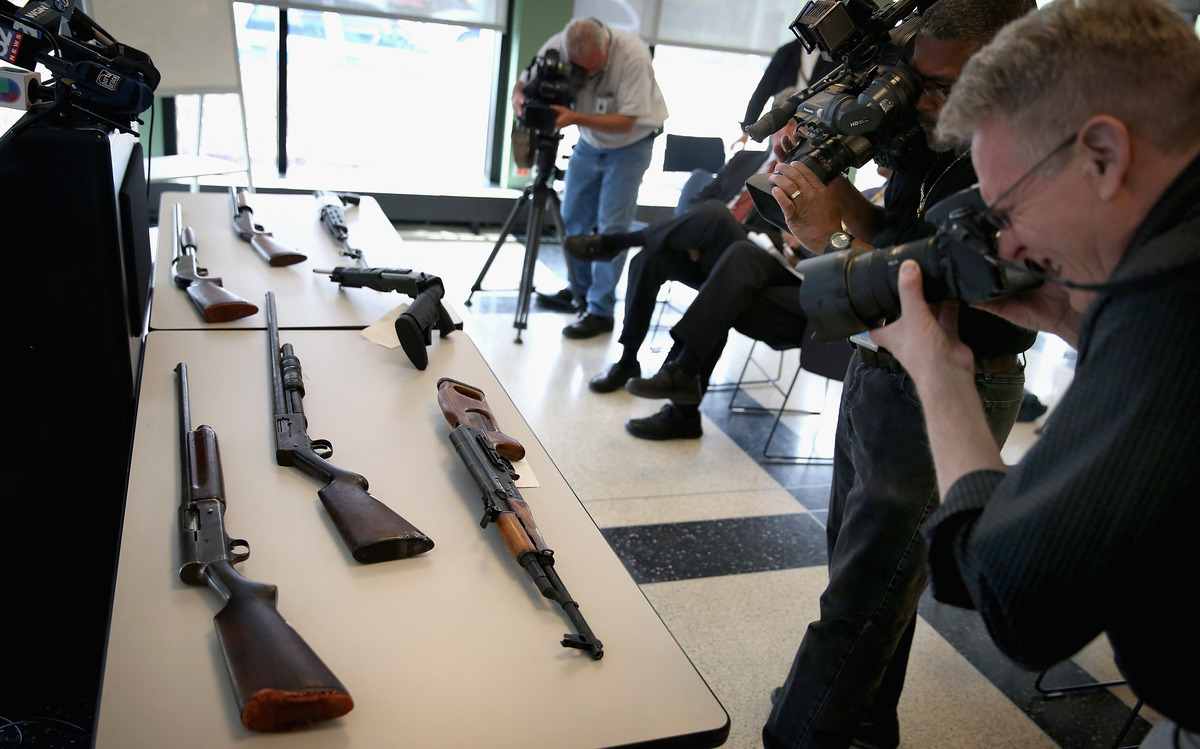 The U.S. rate of gun homicides and other crimes fell after 1993, according to two studies released Tuesday. But a survey showed that only 12 percent of Americans said they felt gun homicides had fallen.

Since 1993, the United States has seen a drop in the rate of homicides and other violence involving guns, according to two new studies released Tuesday. Using government data, analysts saw a steep drop for violence in the 1990s, they saw more modest drops in crime rates since 2000.

There were seven gun homicides per 100,000 people in 1993, the Pew Research Center study says, which dropped to 3.6 gun deaths in 2010. The study relied in part on data from the Centers for Disease Control and Prevention.

"Compared with 1993, the peak of U.S. gun homicides, the firearm homicide rate was 49 percent lower in 2010, and there were fewer deaths, even though the nation's population grew," according to the Pew study. "The victimization rate for other violent crimes with a firearm—assaults, robberies and sex crimes—was 75 percent lower in 2011 than in 1993."

All of that is good news — but many Americans don't seem to be aware of it. In a survey, the Pew Research Center found that only 12 percent of Americans believe the gun crime rate is lower today than it was in 1993; 56 percent believe it's higher.

In an effort to explain that finding, the Pew researchers noted that while mass shootings are rare, they capture public interest and are often viewed as touchstone events that help define the year in which the crimes occur. As examples, they cite three shootings in the past two years, in Tucson, Ariz.; Aurora, Colo.; and in Newtown, Conn.

The U.S. gun crime rate peaked in the late 1980s and early 1990s, the Pew study says, ending years of growth in gun violence that began in the 1960s. But the rate of suicides committed using a firearm hasn't fallen as fast, they add, noting that 6 out of every 10 gun deaths in America stems from suicide.

The study also analyzed the people who've lost their lives to gun violence.

In 2010, 84 percent of those killed were male; 69 percent were between the ages of 18 and 40. And 55 percent of gun homicides that year were black, the researchers found — far higher than their share of the population (13 percent).

Noting that it isn't clear how many Americans have guns in their households, the Pew researchers found that the "2009 per capita rate of one person per gun in the U.S. had roughly doubled since 1968."

The federal report included data about where criminals had acquired their weapons.

"In 2004 (the most recent year of data available), among state prison inmates who possessed a gun at the time of the offense, fewer than two percent bought their firearm at a flea market or gun show," according to the Bureau of Justice Statistics. "About 10 percent of state prison inmates said they purchased it from a retail store or pawnshop, 37 percent obtained it from family or friends, and another 40 percent obtained it from an illegal source."