Accessibility links
Kurdish Militants Begin Historic Withdrawal From Turkey : The Two-Way In a landmark first step, thousands of militant Kurdish fighters of the PKK are pulling out of Turkey and into northern Iraq. There's cautious optimism about the process, which has failed before. Kurds say unless Turkey reforms its policy toward Kurds, the militants won't disarm completely. 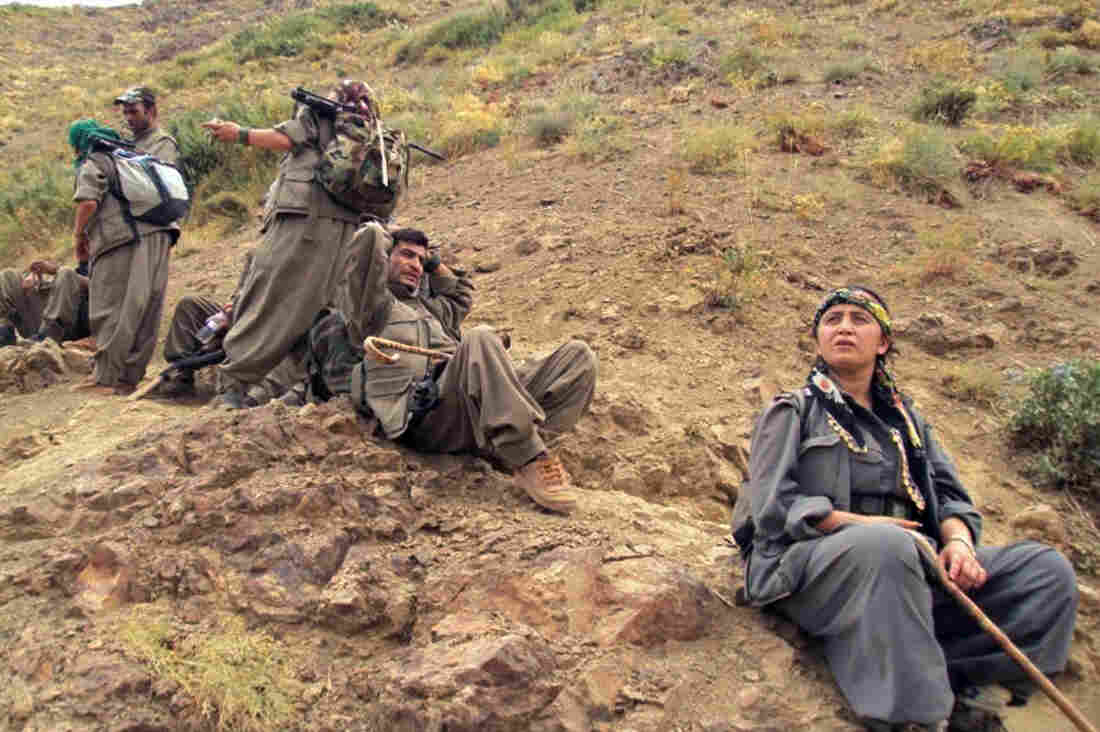 Rebels of the Kurdistan Workers Party, or PKK, begin to move out of Turkey to bases in northern Iraq, a key stage in the peace process with the Turkish government. Here, PKK fighters are shown near the Turkish border with Iraq on May 7. Firat News Agency/AP hide caption 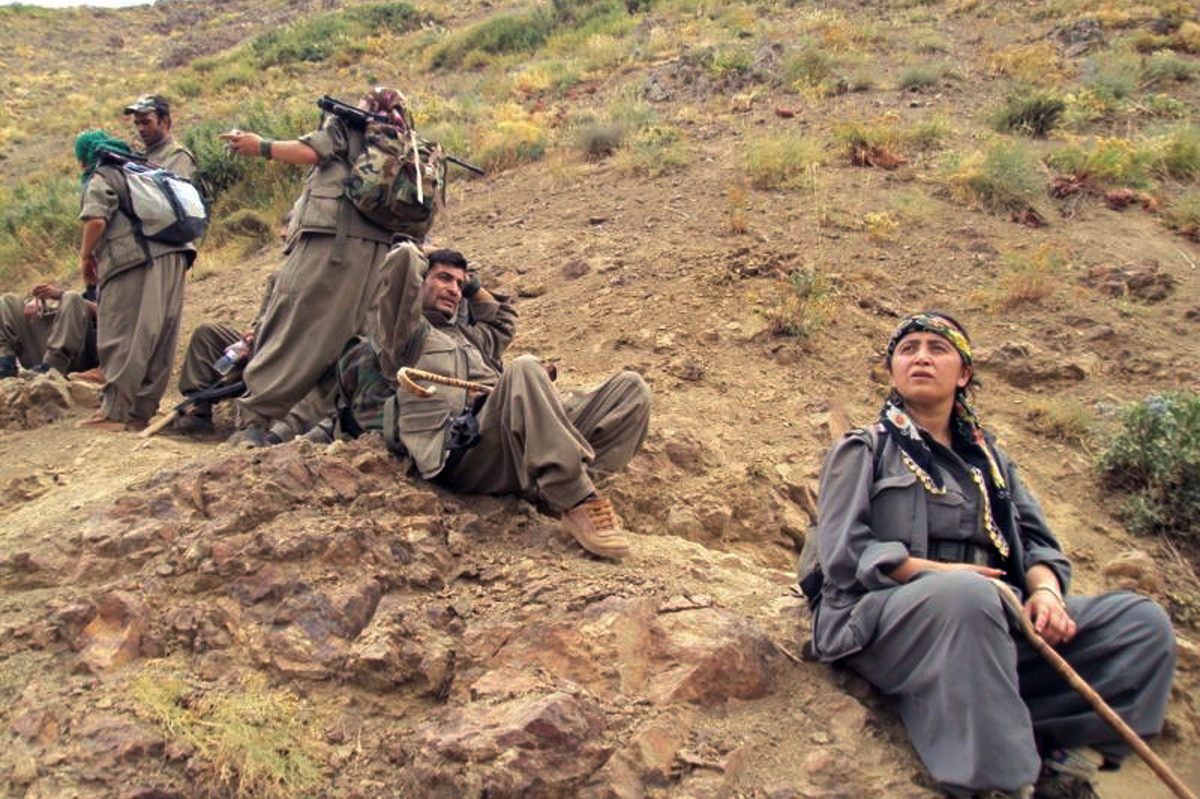 Rebels of the Kurdistan Workers Party, or PKK, begin to move out of Turkey to bases in northern Iraq, a key stage in the peace process with the Turkish government. Here, PKK fighters are shown near the Turkish border with Iraq on May 7.

Today marks the beginning of the pullback of thousands of militant PKK fighters from Turkey back to Kurdish-controlled northern Iraq. It's an important milestone in a delicate effort to end nearly three decades of bloodshed that have killed an estimated 35,000 people since 1984.

If the withdrawal is successful, Turkish Prime Minister Recep Tayyip Erdogan will push for complete disarmament of the PKK, the Kurdistan Worker's Party. The party was founded as a Marxist-Leninist group to push for an independent Kurdistan comprising parts of Turkey, Iraq, Iran and Syria. Kurdish leaders, in turn, say that won't happen until Ankara enacts meaningful reforms giving Kurds greater use of their own language, and better access to the political process.

Turkey's sweeping anti-terror laws must also be reformed, analysts say, to prevent thousands of innocent people from being detained without charge. Past peace efforts collapsed amid deeply entrenched prejudices and fears on both sides, but this time the signs are more promising. A recent survey found strong support among the public for a peaceful resolution to the Kurdish issue.

In addition, PKK commanders in Iraq's Qandil mountains — one of the biggest obstacles to past peace efforts — are now on board. One told The Independent, the U.K. daily newspaper, that both PKK fighters and the Turkish military are respecting the cease-fire declared by jailed PKK leader Abdullah Ocalan.

The withdrawal will take months, and PKK leaders say their fighters will have access to their weapons at every stage should things fall apart. Some in the Turkish military are still eager to arrest or target the withdrawing militants — labeled terrorists by Turkey, the U.S. and EU. But analysts say despite the ever-present fear that it could all quickly unravel, this push for peace is quietly moving forward.

"We have Turkey becoming the big brother of the Iraqi Kurds, and increasingly becoming the effective power in northern Syria, both of which areas have large amounts of Kurds, (so) Turkey has to have a defensible Kurdish policy," Pope says, adding that while Turkish politicians are terrified of getting too far out in front of the peace process, they know what needs to be done, and also don't want to be seen as obstructionist.

"So, based on (the) kinds of commitments to the process that we've been hearing privately, I think this is a really historic turning point," he says, "and all the signs look set fair for the time being."