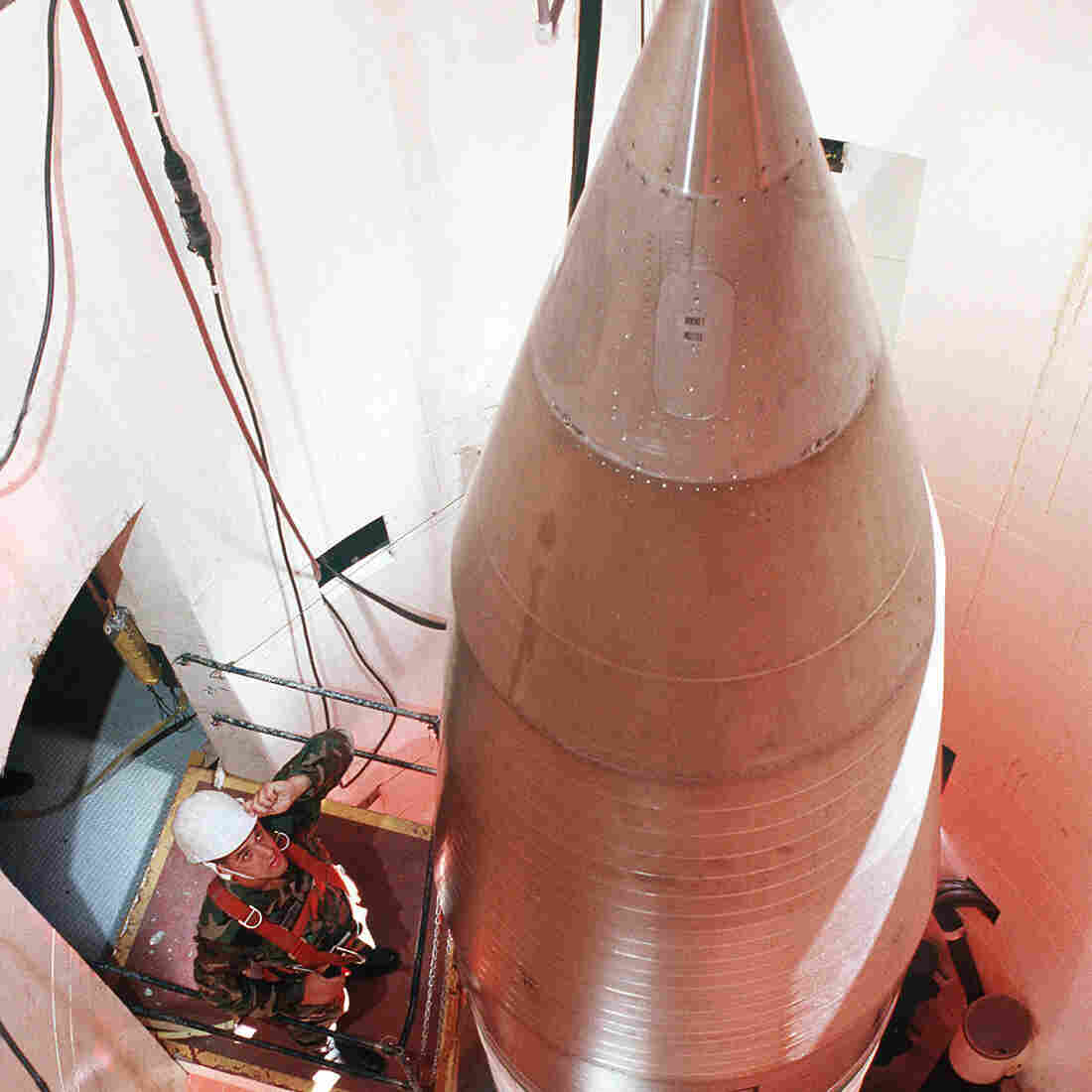 A Minuteman III missile inside its silo about 60 miles from Grand Forks Air Force Base, N.D. USAF/Getty Images hide caption 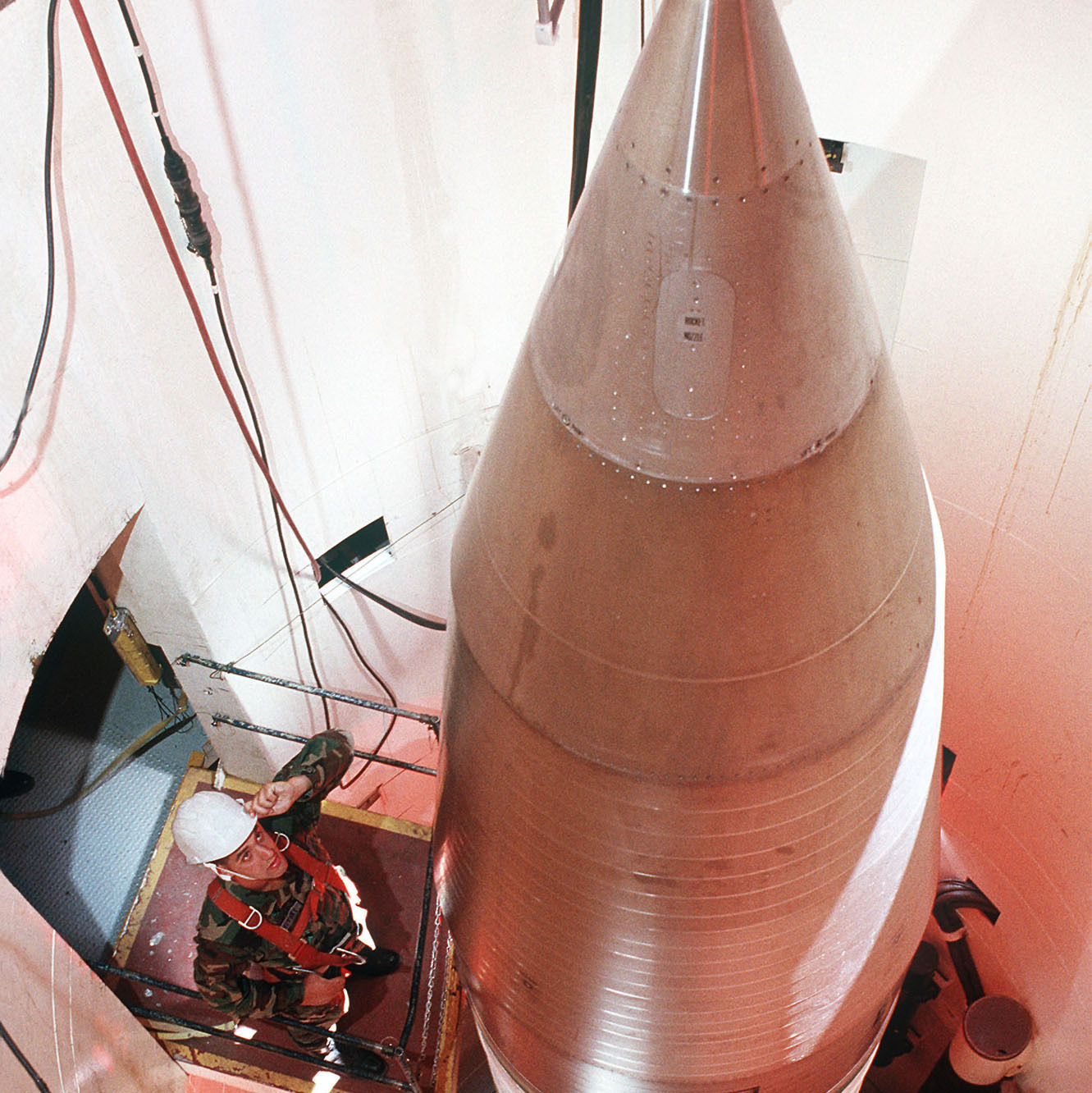 A Minuteman III missile inside its silo about 60 miles from Grand Forks Air Force Base, N.D.

Seventeen Air Force officers with control over nuclear missiles have had that authority suspended after receiving poor reviews on their mastery of launch operations, The Associated Press reports in an exclusive.

The suspensions at the 91st Missile Wing at Minot Air Force Base in North Dakota, which controls about a third of the nation's nuclear-tipped Minuteman III missiles, were ordered last month following a March inspection that gave the overall group a grade of "D" on its mastery of the rocket's launch procedures, according to the AP.

The unit's deputy commander, Lt. Col. Jay Folds, described the situation as a crisis and reportedly told subordinates to "find the rot" in the ranks following the near-failing grade in the inspection.

"[An official email it obtained] describes a culture of indifference, with at least one intentional violation of missile safety rules and an apparent unwillingness among some to challenge or report those who violate rules.

"In response to AP inquiries, the Air Force said the lapses never put the security of the nuclear force at risk. It said the officers who lost their certification to operate ICBMs are now getting more training with the expectation that they will return to normal duty within about two months.

"The missiles remain on their normal war footing, officials said."