Accessibility links
Newtown Panel Votes To Build New School At Sandy Hook Site : The Two-Way After multiple meetings about whether to renovate, rebuild or relocate, town leaders voted to tear down the elementary school in which 26 children and educators were killed in a mass shooting in December. 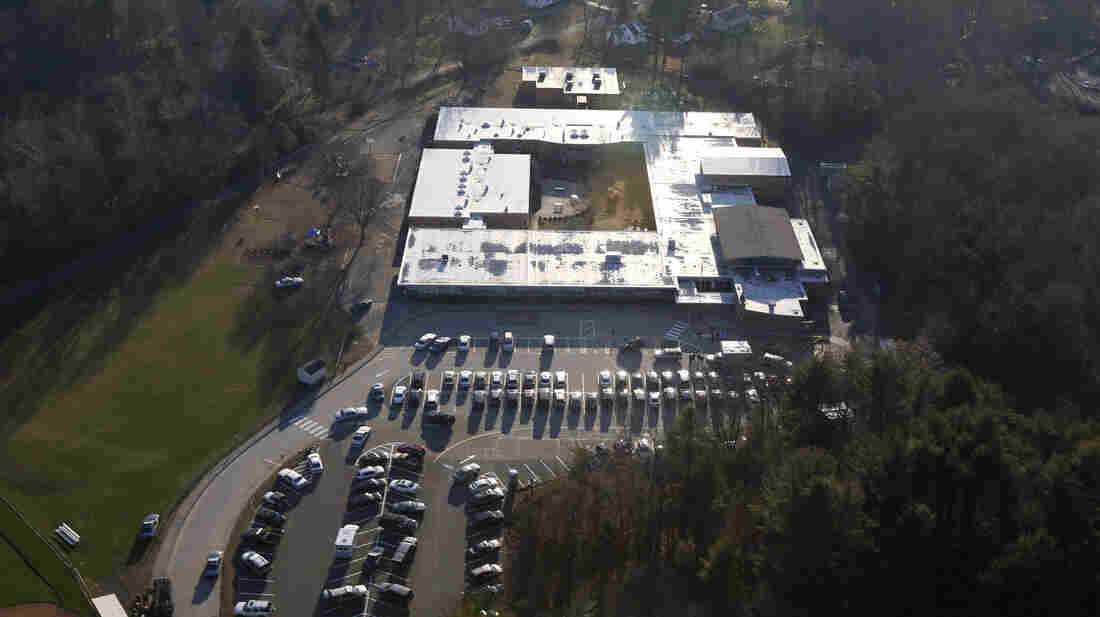 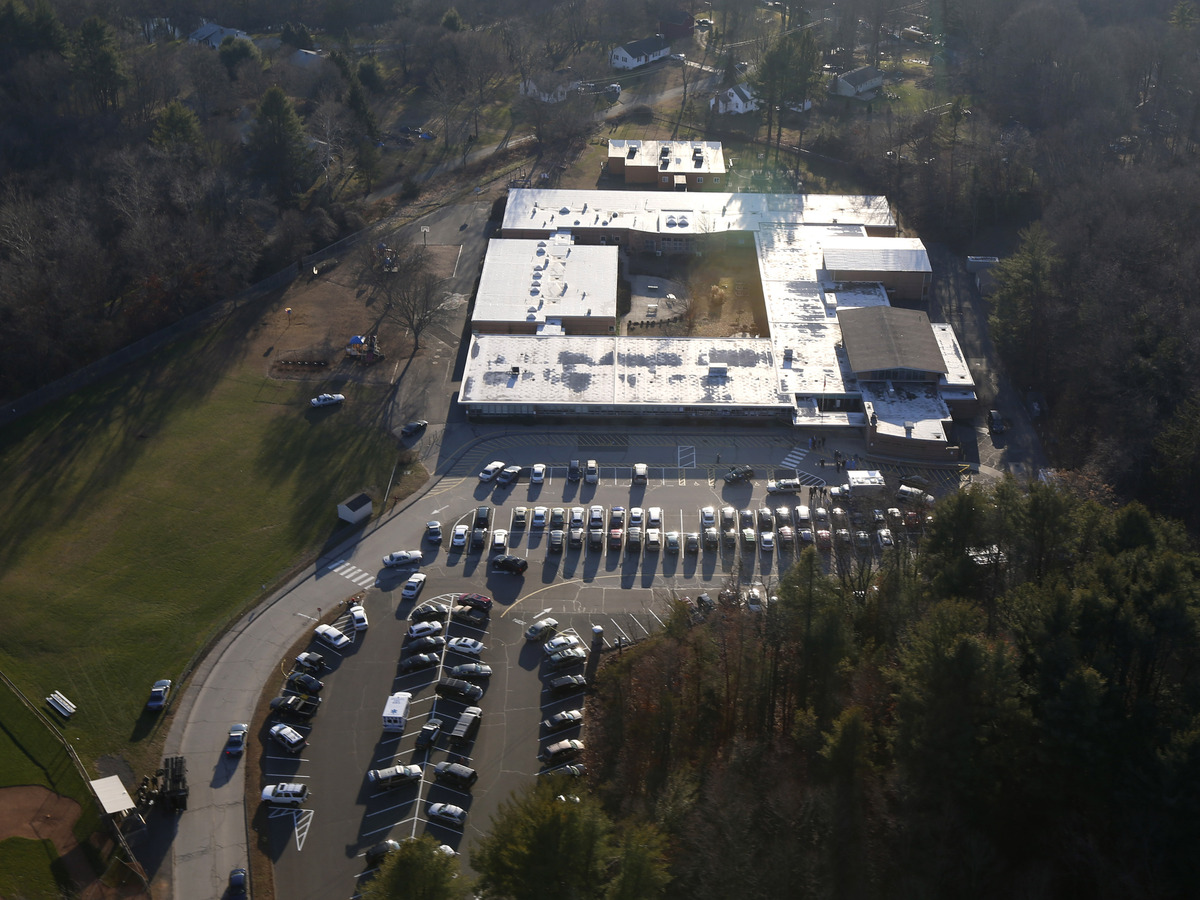 A task force has recommended building an entirely new school in Newtown, Conn., in place of Sandy Hook Elementary School.

A task force in Newtown, Conn., on Friday unanimously recommended building a brand-new school at the site where a gunman killed 26 children and teachers in December.

In January, students from Sandy Hook resumed classes, but at an unused school in a neighboring town.

Newtown leaders voted to tear down Sandy Hook Elementary after multiple meetings about whether to renovate, rebuild or relocate.

The New York Times reports a decision had been expected on May 3, "but after an emotional session with Sandy Hook teachers opposed to returning to the site, the group concluded a five-hour meeting without deciding what to do.

"The reactions from teachers and others associated with the tragedy made it clear just how difficult any attempt to salvage the existing building would be for some parents and teachers."

"It certainly opens the door to a path toward healing that was not there before. It doesn't detract from the grief we feel on a daily basis."

Newtown First Selectman Patricia Llodra told the Times, "We all wanted a wonderful solution that would satisfy everyone and we realized that wasn't going to happen."

During the meeting, she said, "We did the best we could do." The Newtown Bee reports residents responded with a standing ovation.

The Courant says the next steps are to draw up a funding plan and have residents vote at a referendum.