Accessibility links
Pakistan Elections: Sharif Victory Seen, Completing Comeback : The Two-Way Nearly 14 years after being ousted from power by a military coup, former Prime Minister Nawaz Sharif is poised to lead the country once again. The victory would mark a distinct turnabout for Sharif, who was toppled in 1999 and replaced by Gen. Pervez Musharraf. 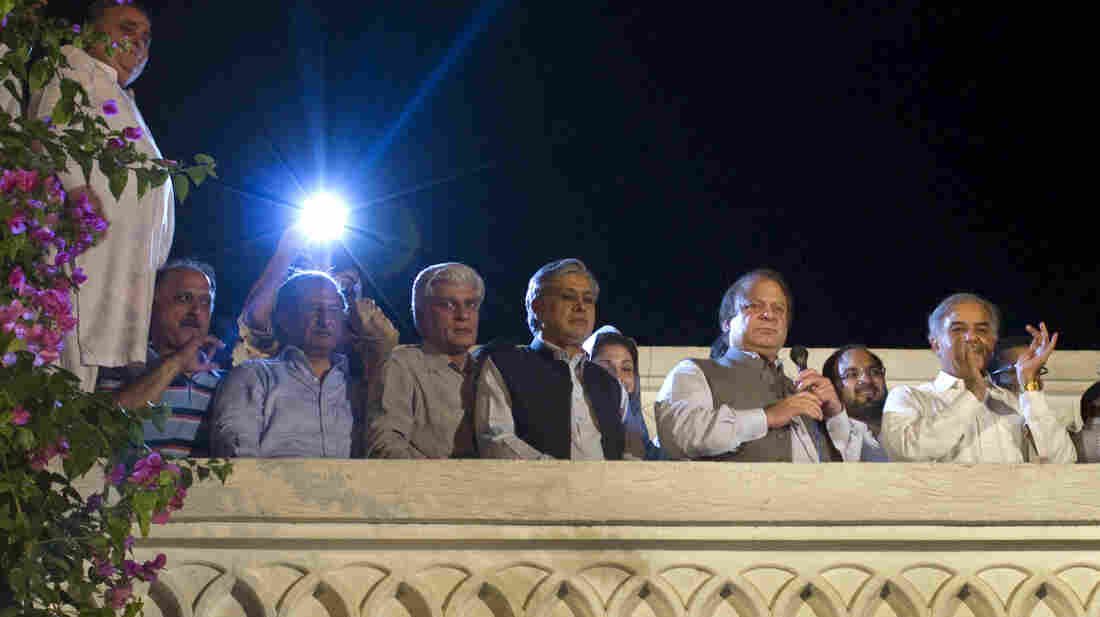 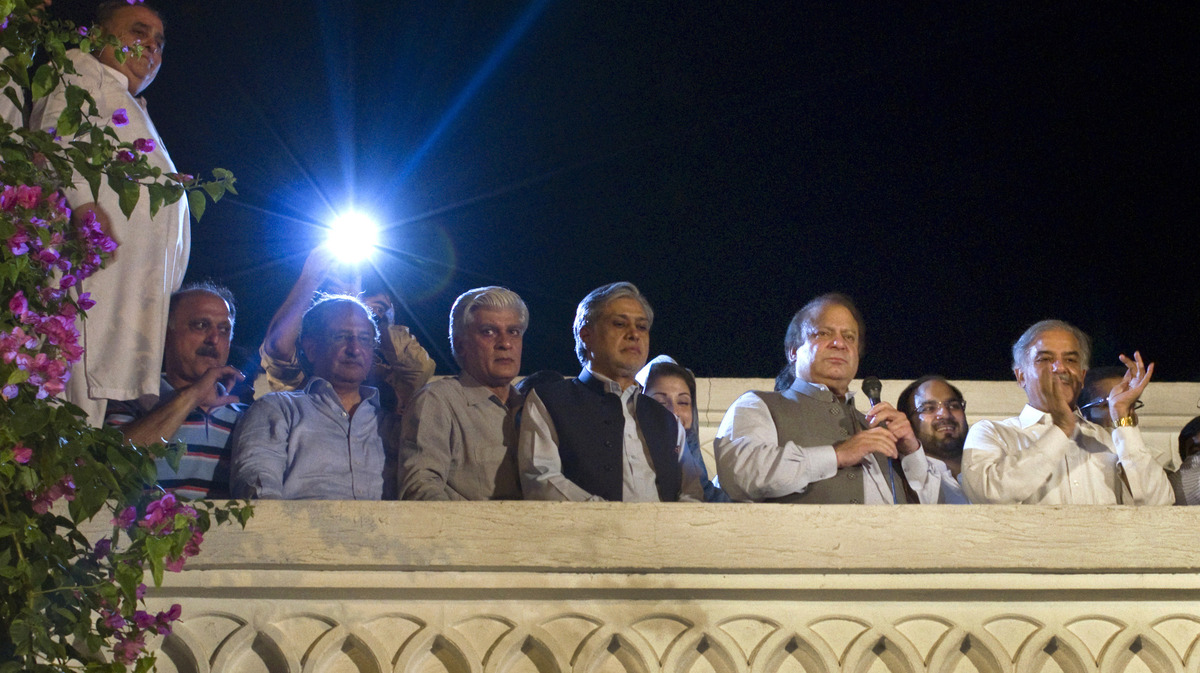 Former Prime Minister Nawaz Sharif, second from right, declares victory in Pakistan's general elections, as his brother Shahbaz Sharif, right, and others listen at the party's headquarters in Lahore.

Nearly 14 years after being ousted from power by a military coup, Pakistan's former Prime Minister Nawaz Sharif is poised to lead the country once again. Unofficial results from Saturday's general elections predict a return to power for Sharif, 63.

Several media reports indicate the two-time former prime minister's Pakistan Muslim League will capture more than 100 of the 272 National Assembly seats directly elected in the vote. The final tally is still being conducted.

"Election officials said the turnout was estimated at around 60 percent, which is huge for Pakistan," NPR's Julie McCarthy reports from Lahore for our Newscast Desk. "Nawaz Sharif is far outpacing his competitors," she says, including longtime rivals the Pakistan People's Party, led by the Bhutto family.

After five years in power, the PPP is in danger of placing third overall in the national vote, according to multiple early reports.

"Saturday's election should pave the way for the country's first transition from one elected government to another," says the BBC, which also reports that Sharif will not likely have to make a deal with either the PPP or other top rivals in order to form a government.

"Sharif, a social conservative, is likely to face a spirited opposition from former cricket star Imran Khan," Julie says from Lahore. "His [Khan's] party is on track to become the second-biggest vote getter in the election. A faltering economy, a potent militancy in the Pakistan Taliban, and crippling energy shortages are major issues facing the new government."

The victory would mark a distinct turnabout for Sharif, who was toppled in 1999 and replaced by Gen. Pervez Musharraf.

Sharif, a wealthy businessman, spent nearly seven years in exile in Saudi Arabia before being allowed to return to Pakistan in 2007. As The Australian reports, Musharraf is under house arrest in an Islamabad farmhouse.