Accessibility links
NASA Says Kepler's Planet-Searching Days May Be Numbered : The Two-Way The mission launched in 2009 to hunt for Earth-like planets circling distant stars may be coming to an end because of a faulty part in the space telescope. 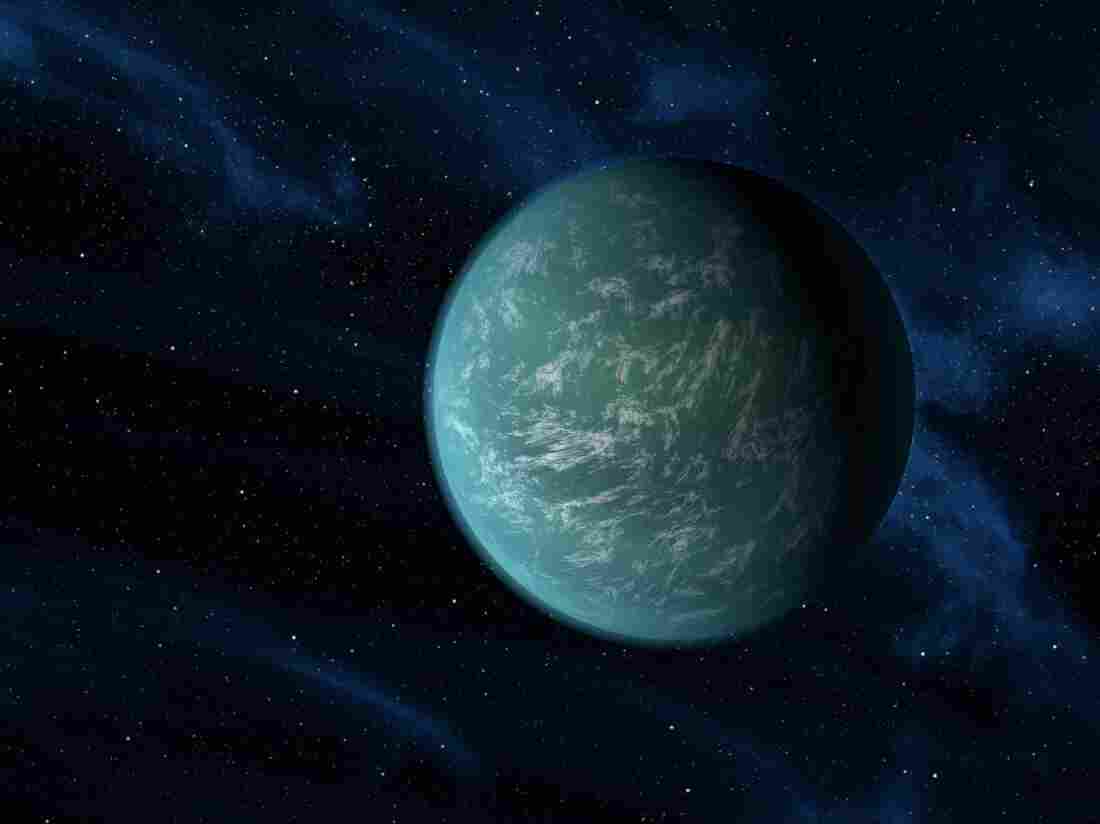 Kepler-22b, the discovery of which was announced in December 2011, is one of many planets that bear the space telescope's name. Getty Images hide caption 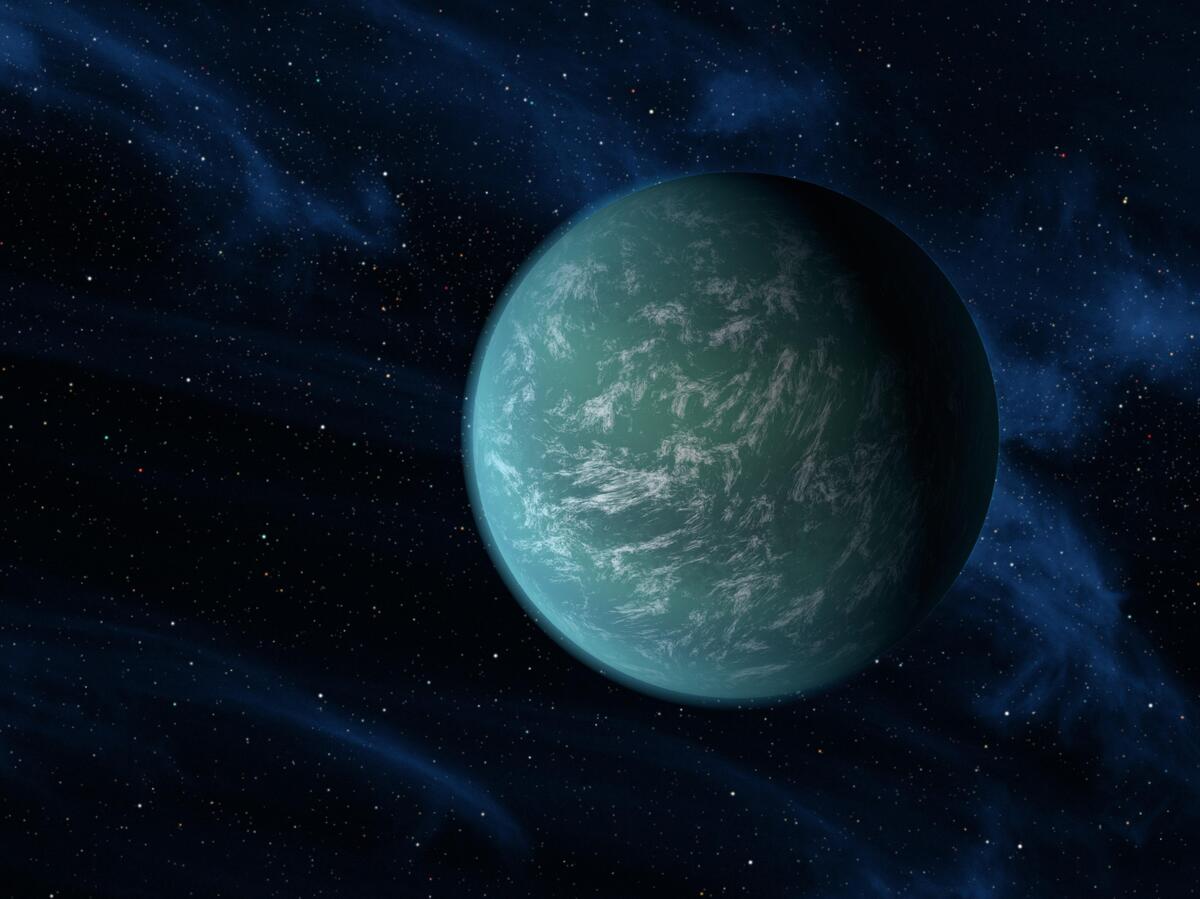 Kepler-22b, the discovery of which was announced in December 2011, is one of many planets that bear the space telescope's name.

The planet-hunting career of NASA's Kepler spacecraft might be near its end.

Astronomers said Wednesday that a reaction wheel that keeps the orbiting telescope pointed at tiny, distant patches of sky to look for Earth-like planets has failed. If they can't fix it, Kepler will be relegated to a less prestigious mission, directing its gaze much closer to home in a search for so-called "near-Earth objects," i.e., meteors and asteroids.

As NPR's Geoffrey Brumfiel reports, Kepler, launched in 2009, was designed to "monitor 100,000 stars in a single patch of sky. It looked for tiny eclipses of Earth-like planets."

And it's done an amazing job in the past four years, Brumfiel says:

"Just last month, scientists announced the spacecraft had seen three new planets around distant stars. But Kepler has also been aging and mission managers now say it can no longer focus on the patch of sky it had been watching."

Bill Borucki, Kepler's principal investigator, says the space telescope has given his team plenty of potential planets to study.

"We have at least two years of work ahead of us with the data we already have," Borucki says.

While Kepler still has some life in it, scientists say it could use its remaining maneuvering fuel to watch out for asteroids like 2012 DA 14, which brushed past Earth in February, and (coincidentally) the meteor that slammed into Russia at almost exactly the same time.

Kepler has identified 115 planets and has a list of 2,740 other candidates. It has concentrated on stars in the constellations Cygnus and Lyra, "looking for dips in starlight caused by planets passing, or transiting, in front of their suns," according to The New York Times:

"Since Earth transits only once a year, two more years would have given astronomers a chance to see more transits of the planets they are looking for. Without the extra time, the data will be noisy, astronomers say, and so the answer will be a little more uncertain than it might have been.

" 'It was one of those things that was a gift to humanity,' said one astronomer who spoke on condition of anonymity because NASA had not yet made the news public. 'We're all going to lose for sure.' "