Accessibility links
Obama Announces Resignation Of Acting IRS Commissioner : The Two-Way The president says the resignation of Steve Miller is part of a larger effort to make sure the IRS never again engages in partisan targeting of certain groups. 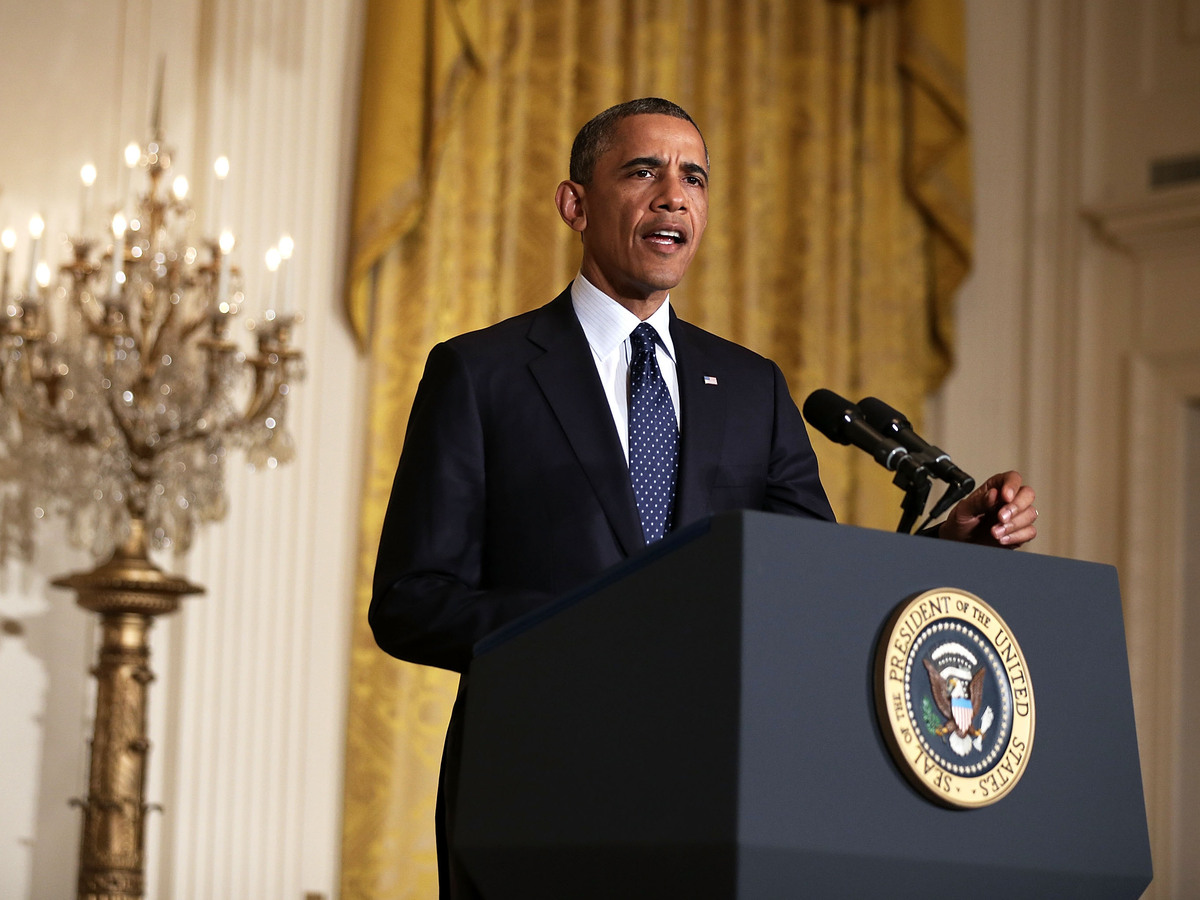 President Obama announced late Wednesday that the acting commissioner of the Internal Revenue Service, Steve Miller, has resigned in the wake of a report that employees at the agency engaged in partisan scrutiny of conservative groups seeking tax-exempt status.

The president, appearing for a brief statement at the White House, said he had directed Treasury Secretary Jack Lew "to accept the resignation of the acting commissioner of the IRS."

He said it was part of a larger effort to "make sure nothing like this ever happens again" by holding responsible individuals to account.

Obama said he had also directed Lew to implement the recommendations contained in the inspector general's report that brought the situation to light.

"I will not tolerate this conduct in any way, especially from the IRS, given the power it has," the president said.

As we reported earlier this week:

"Miller could have alerted Congress to what the IRS had been doing last summer. ...

"On July 25 of last year, Miller testified before the oversight subcommittee of the House Ways and Means Committee. According to a transcript of the hearing, GOP Rep. Kenny Marchant of Texas said, 'I have been contacted by several of the groups in my district. And they feel like they are being harassed. I don't have any evidence that that is the case. But they feel like they have been harassed and feel like the IRS is threatening them with some kind of action or audit.' "

The IRS has released Miller's letter of resignation. "It is with regret that I will be departing from the IRS as my acting assignment ends in early June," Miller wrote.

"This has been an incredibly difficult time for the IRS given the events of the past few days, and there is a strong and immediate need to restore public trust in the nation's tax agency," he said.