Accessibility links
Reports: Note Found In Boat Where Boston Suspect Hid : The Two-Way CBS News and CNN say they've been told by sources familiar with what was found that investigators believe marathon bombings suspect Dzhokhar Tsarnaev wrote on an interior wall of the boat where he was found hiding. He allegedly said the attack was in retaliation for the Afghan and Iraq wars. 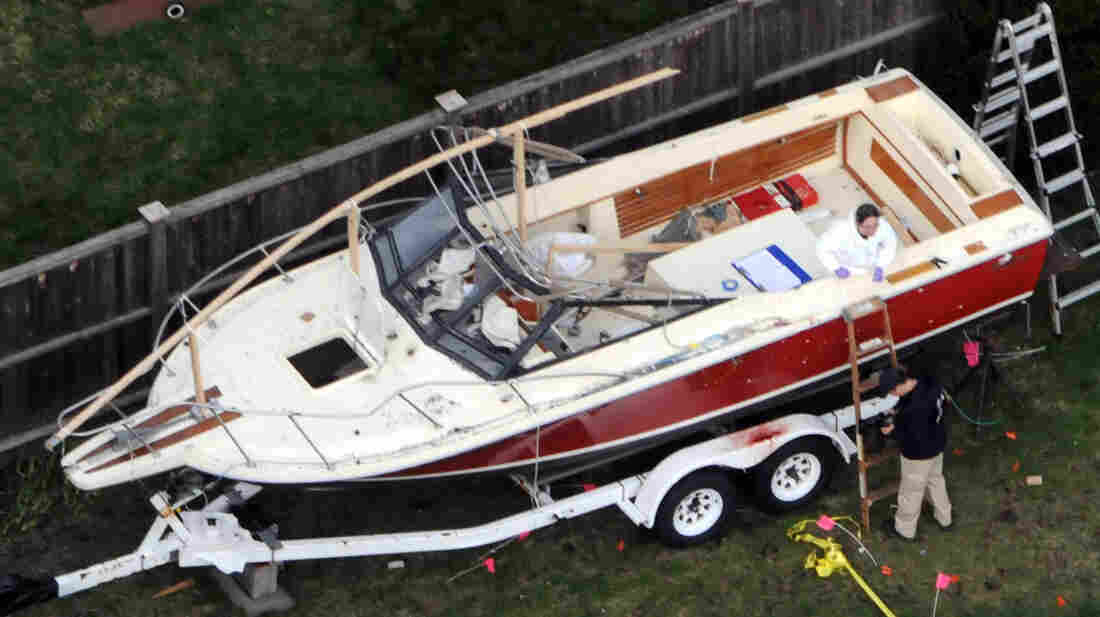 April 20 in Watertown, Mass.: Investigators work in and around the boat in which Boston bombings suspect Dzhokhar Tsarnaev was found hiding. Darren McCollester/Getty Images hide caption 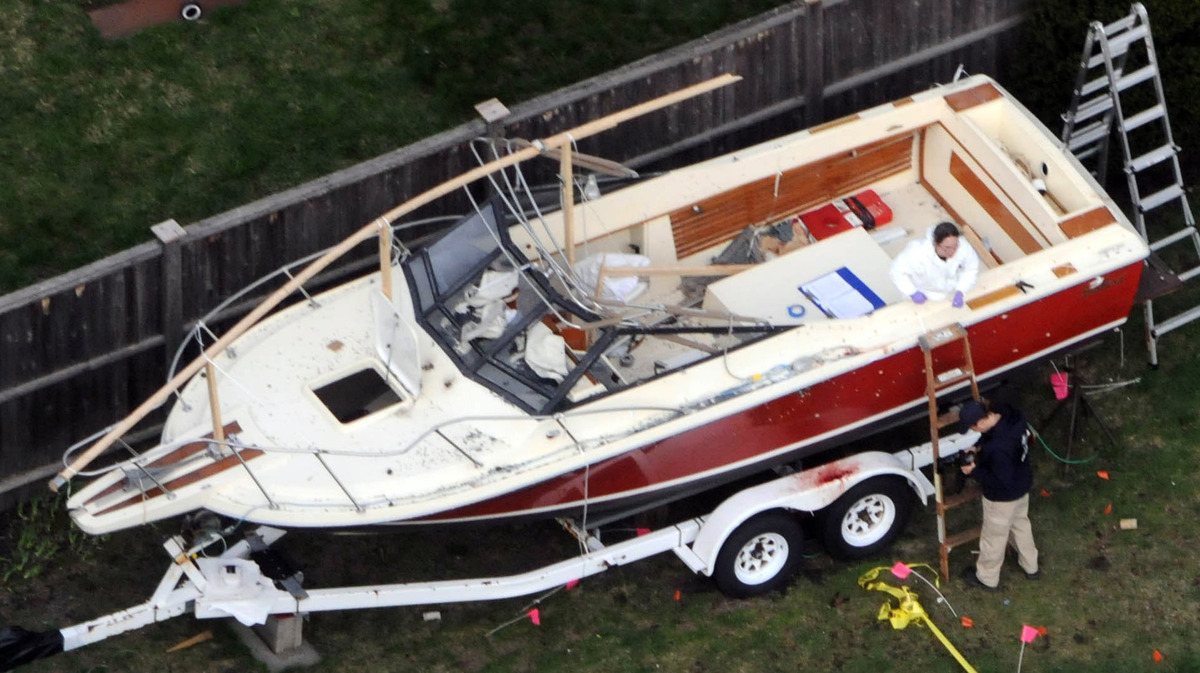 April 20 in Watertown, Mass.: Investigators work in and around the boat in which Boston bombings suspect Dzhokhar Tsarnaev was found hiding.

In a message written on a wall of the boat where he was found hiding, Boston bombings suspect Dzhokhar Tsarnaev claimed responsibility for the attack and said it was motivated by anger over the Afghan and Iraq wars, sources familiar with what was found have told CBS News correspondent John Miller.

CNN has followed CBS News' report with a story of its own:

"The surviving suspect in the Boston Marathon attack indicated that the bombing was retribution for what he called U.S. attacks against Muslims in Afghanistan and Iraq, a law enforcement official said. Dzhokhar Tsarnaev made remarks about the bombing in a makeshift message found in the boat where he was captured in the backyard of a Watertown, Mass., home."

NPR has not independently confirmed those reports. Click here to see a note about how The Two-Way covers stories such as this.

CBS News' Miller, whose law enforcement career before joining the network included a stint as deputy director of the analysis division in the office of the director of national intelligence during President George W. Bush's administration, reports being told:

"[That] the note, scrawled with a pen on the interior wall of the cabin, said the bombings were retribution for what the U.S. did to Muslims in Afghanistan and Iraq, and called the Boston victims collateral damage in the way Muslims have been in the U.S.-driven wars. When you attack one Muslim, you attack all Muslims, the note added. Dzhokar said he didn't mourn older brother Tamerlan — the other suspect in the bombings — and said Tamerlan was a martyr in paradise by then — and that Dzhokar expected to join him there."

CNN says its source "added that Dzhokhar told investigators mainly the same details in a bedside interrogation at a Boston hospital after his capture."

Dzhokhar Tsarnaev, 19, and his 26-year-old brother, Tamerlan, are accused of planting two bombs near the finish line of the Boston Marathon. The April 15 explosions killed three people and wounded more than 250. They're also accused of killing an MIT police officer on April 18 and of engaging in a gun battle with police the next day. Tamerlan Tsarnaev died from injuries he sustained during that firefight. Dzhokhar Tsarnaev was captured later that day, in the boat that was being stored in the backyard of a Watertown, Mass., family's home. He's been charged with using a weapon of mass destruction.