Accessibility links
Pope Francis Denounces 'Cult Of Money' : The Two-Way In his first major statement on the global financial crisis, the pontiff calls on world leaders not to forget the poor. 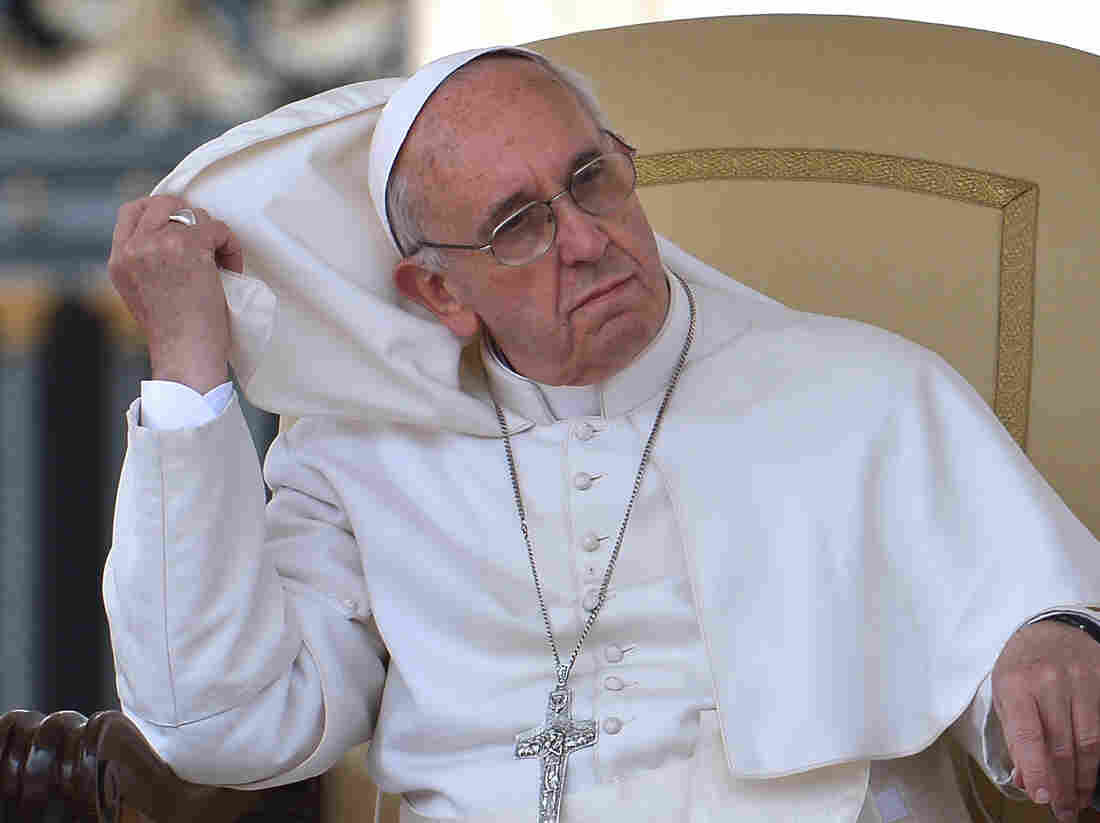 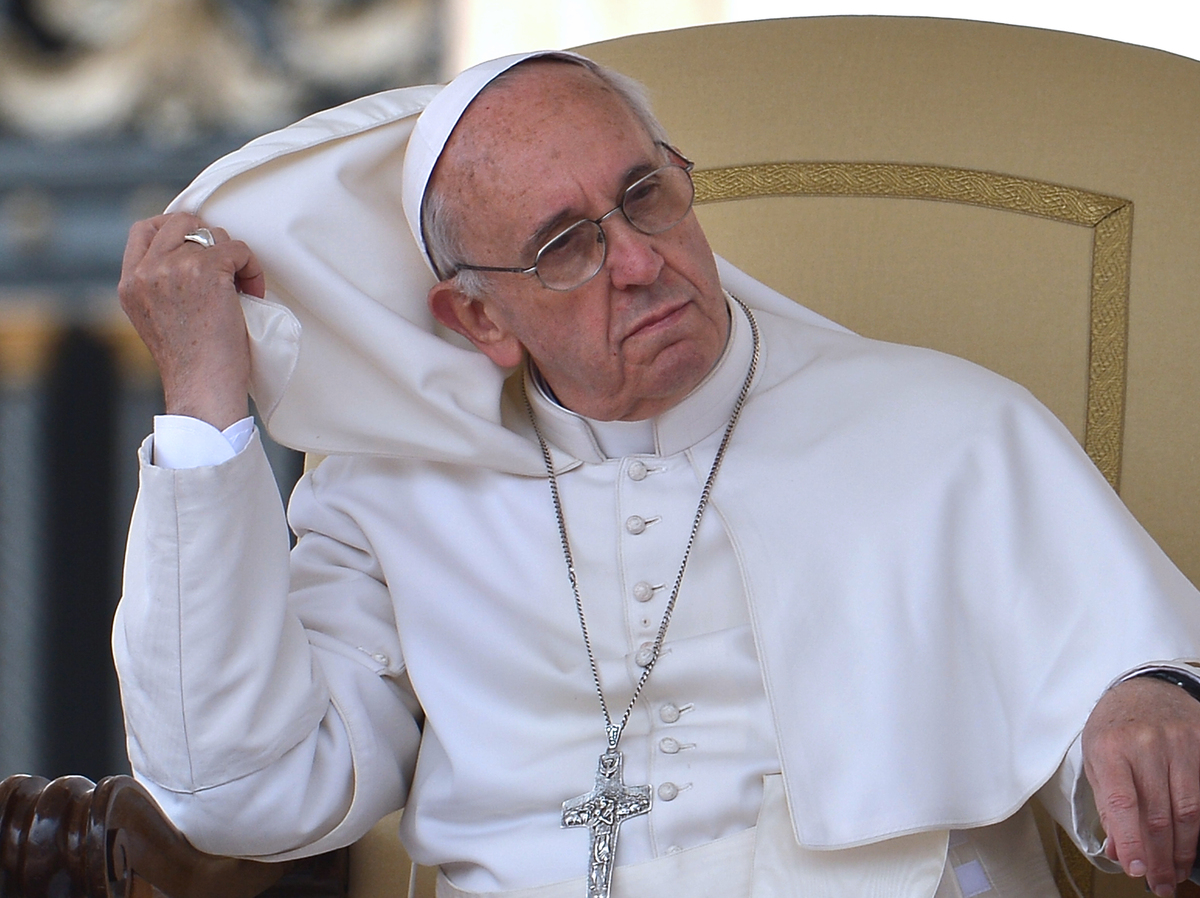 Pope Francis adjusts his pellegrina during his weekly general audience in St Peter's Square at the Vatican on Wednesday.

Pope Francis has demanded that financial and political leaders reform the global money system to make it more equitable.

"Money has to serve, not to rule!" the pontiff declared.

"It's a message Francis delivered on many occasions when he was archbishop of Buenos Aires, and it's one that was frequently stressed by retired Pope Benedict XVI.

"Francis, who has made clear the poor are his priority, made the comments as he greeted his first group of new ambassadors accredited to the Holy See."

It also occurs amid the Vatican's financial troubles, as the BBC points out:

"... the Vatican's own bank announced it would publish its annual report for the first time.

"The Institute for Works of Religion [IOR], which has been at the center of various financial scandals in recent years, is to hire an external accountancy firm to ensure it meets international standards against money laundering."

The Vatican's IOR has been dubbed the world's most secretive bank by Forbes magazine.