Accessibility links
There's No Ignoring This 800-Pound Gator : The Two-Way A Houston-area high school senior bags a 14-foot beast that could be 50 years old, setting a new record for the largest alligator ever caught in Texas.

There's No Ignoring This 800-Pound Gator

There's No Ignoring This 800-Pound Gator 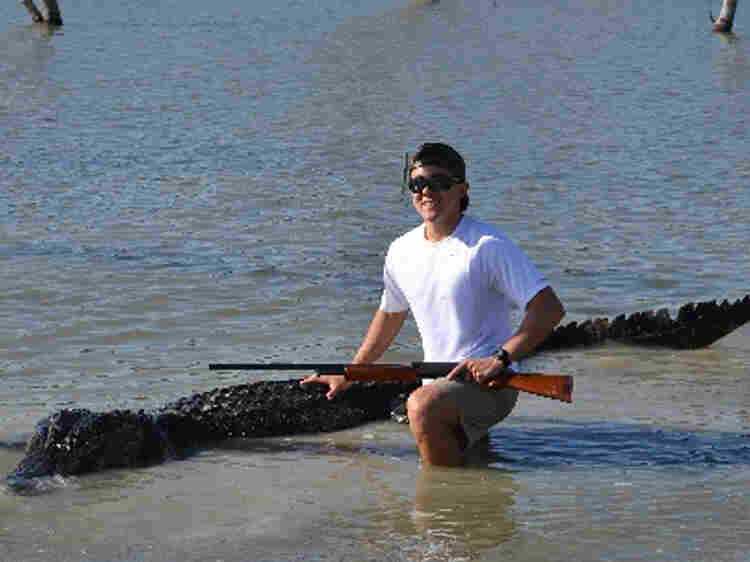 A photo provided by the Texas Parks and Wildlife Department shows Braxton Bielski with the 800-pound alligator he killed. Troy Bielski/AP hide caption 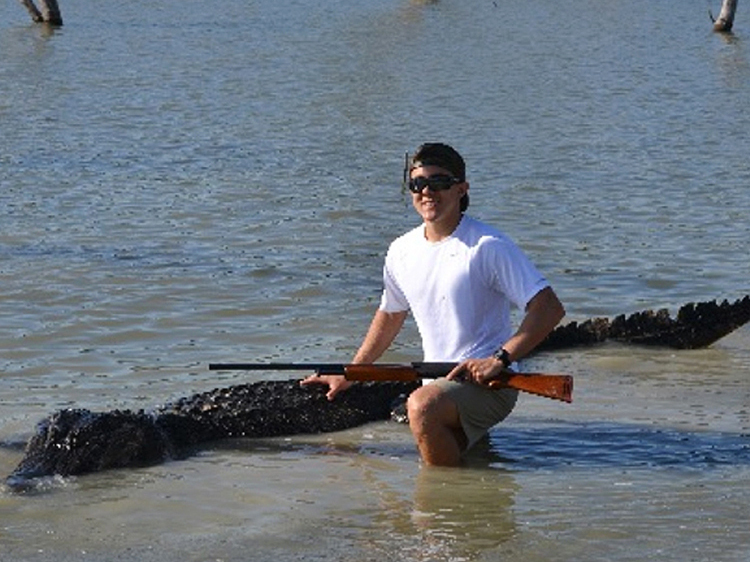 A photo provided by the Texas Parks and Wildlife Department shows Braxton Bielski with the 800-pound alligator he killed.

You've heard of the 800-pound gorilla in the room that everyone ignores? Well, here's an 800-pound alligator that's getting some attention.

The 14-foot beast, the heaviest ever recorded in Texas, was bagged by a Houston-area high school student last week at a wildlife management area near Choke Canyon State Park, about 90 miles south of San Antonio.

Braxton Bielski, 18, is credited with the kill. According to Texas Parks and Wildlife Department officials, the gator could be 30 to 50 years old.

The Houston Chronicle reports that Bielski has a new nickname at his school. "Gator Boy" is "basking in the glory of his record-breaking catch," the newspaper says.

"Bielski and his father, Troy, who is a Houston police officer, took part in a drawing to obtain a hunting permit from the Texas Parks and Wildlife Department to be able to go on a five-day hunt at the Daughtrey [Wildlife Management Area]. That permit provides the only opportunity to legally hunt alligators on the reservoir."