Accessibility links
Former Argentine Dictator Who Oversaw Death Squads Dies At 87 : The Two-Way Jorge Rafael Videla ruled Argentina from 1976-1983 and orchestrated a "Dirty War" against opponents that killed as many as 30,000 people. 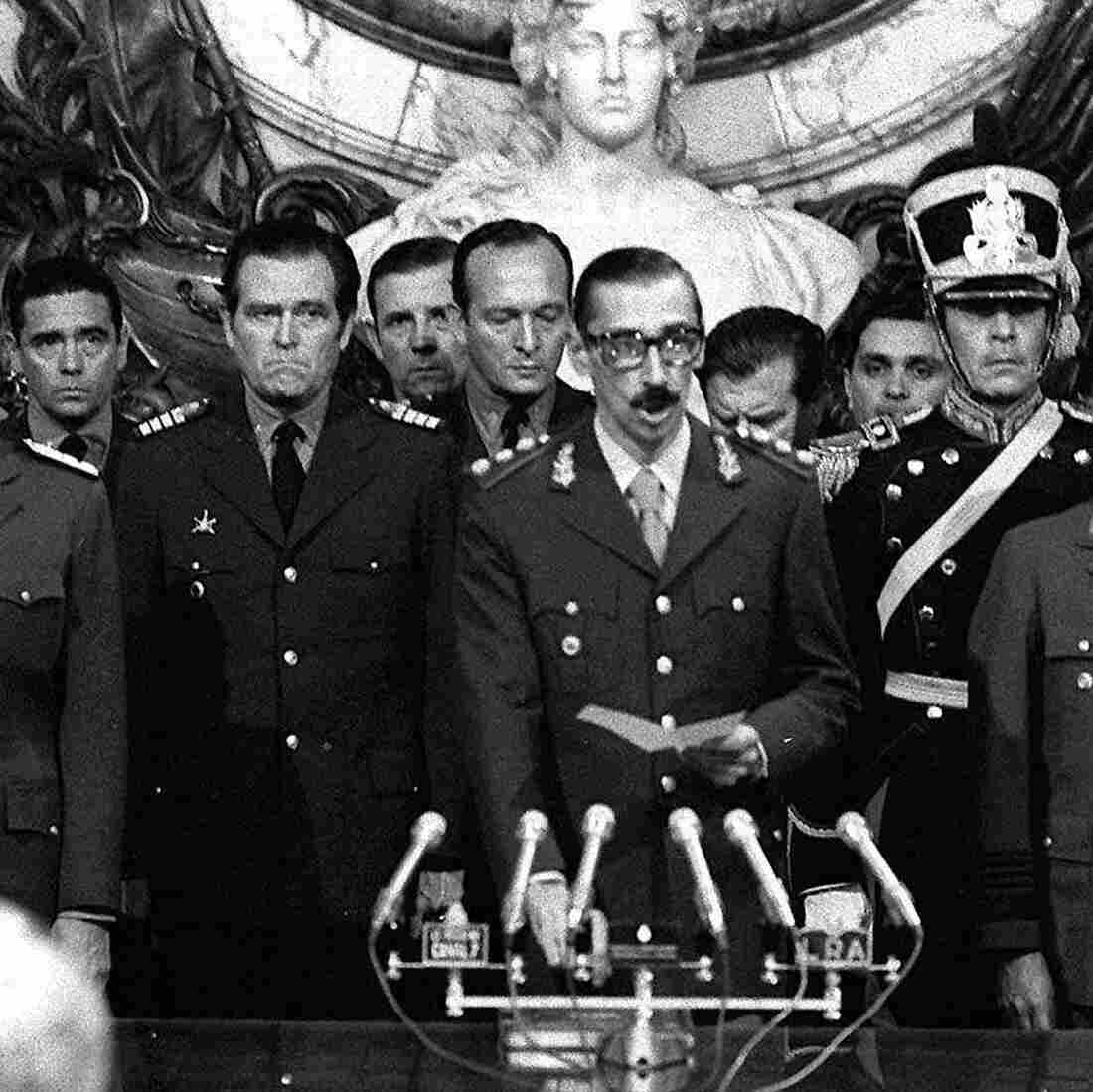 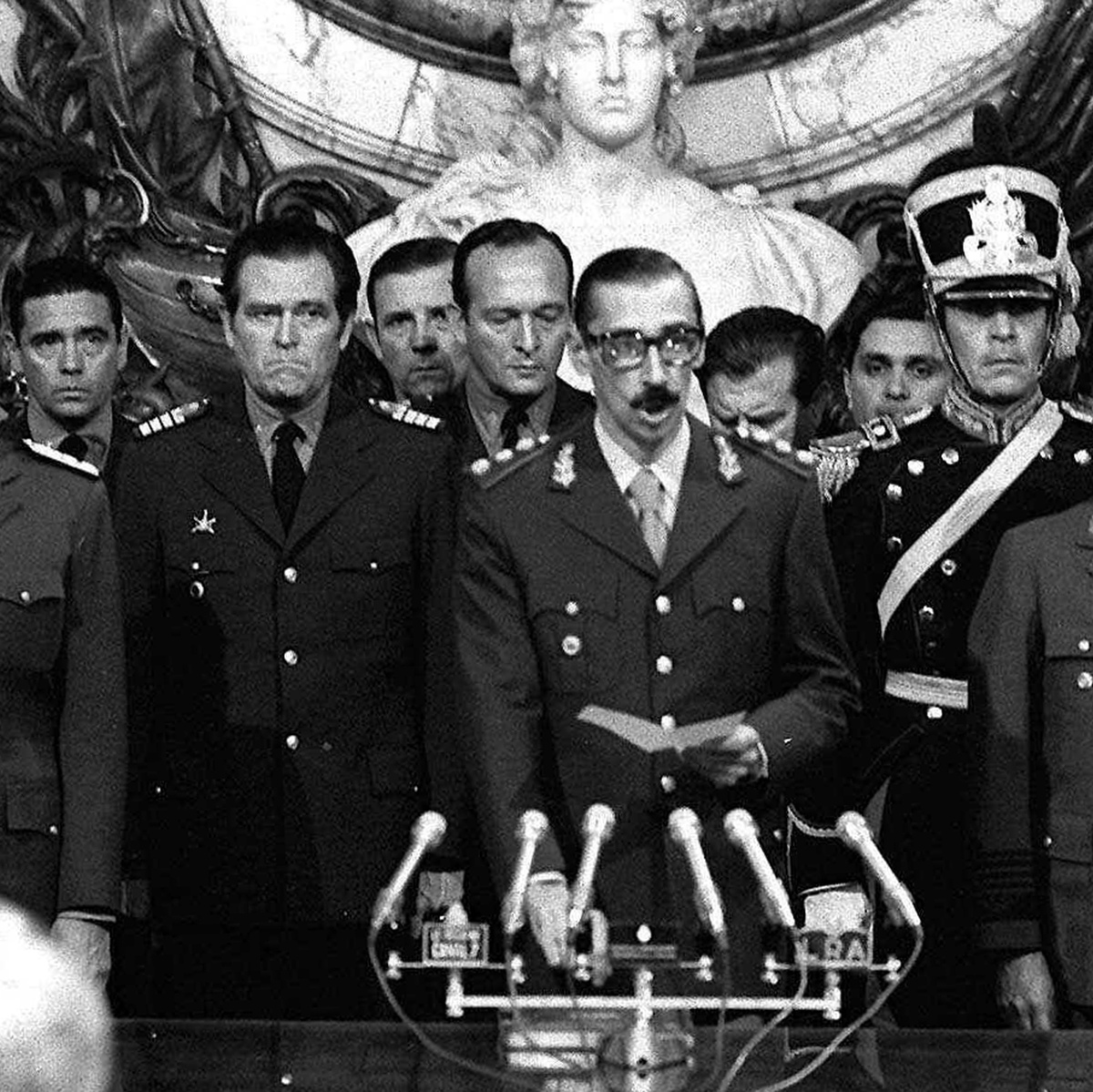 Gen. Jorge Rafael Videla (center) is sworn in as president in Buenos Aires after seizing power in 1976.

Jorge Rafael Videla, an ambitious Army chief who seized power in Argentina in 1976 and orchestrated a campaign of terror against his opponents, has died in prison at age 87.

Videla, whose "Dirty War" killed at least 15,000 people, perhaps twice as many, died of natural causes in Argentina's Marcos Paz prison, where he was serving multiple life sentences for crimes against humanity, officials said.

After leading a bloodless coup that toppled President Isabel Martinez de Peron on March 24, 1976, Videla became the head of a junta.

"Despite early promises to restore civilian rule, General Videla declared a priority the 'eradication' of the leftist guerrillas ... but the anti-guerrilla net soon widened to include lawyers, students, journalists and union leaders suspected of ties to radical groups. Congress was suspended, political parties were abolished, strikes were made illegal and death squads roamed the country."

When the junta collapsed in 1983, Videla was tried and sentenced to life in prison for his regime's abuses.

In 1990, Videla and other junta officials were pardoned by President Carlos Saul Menem in an effort toward national reconciliation.

But he was arrested again in 1998 and accused of facilitating adoptions by military families of orphans whose parents had been victims of the death squads. A judge subsequently revoked his earlier pardon.

At his various trials, Videla "sought to take full responsibility for kidnappings, tortures, deaths and disappearances," according to The Associated Press.

"He said he knew about everything that happened under his rule because 'I was on top of everyone.' "