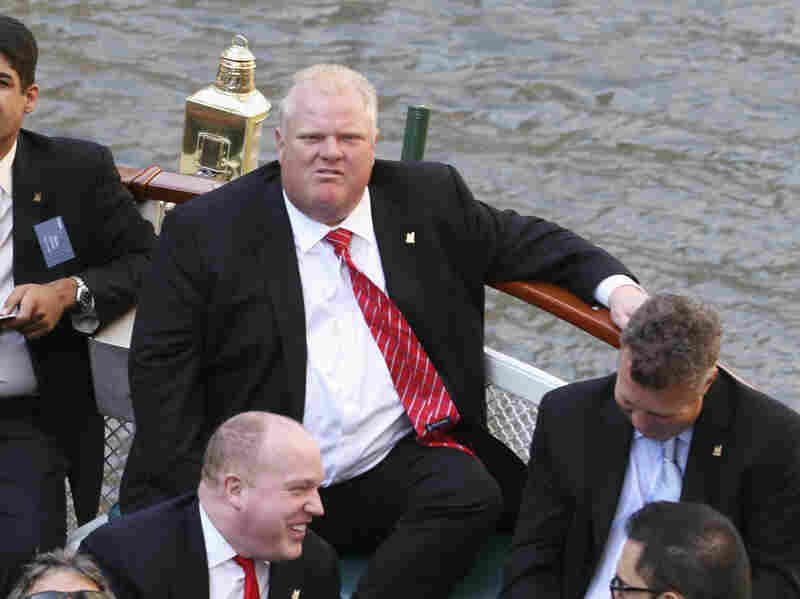 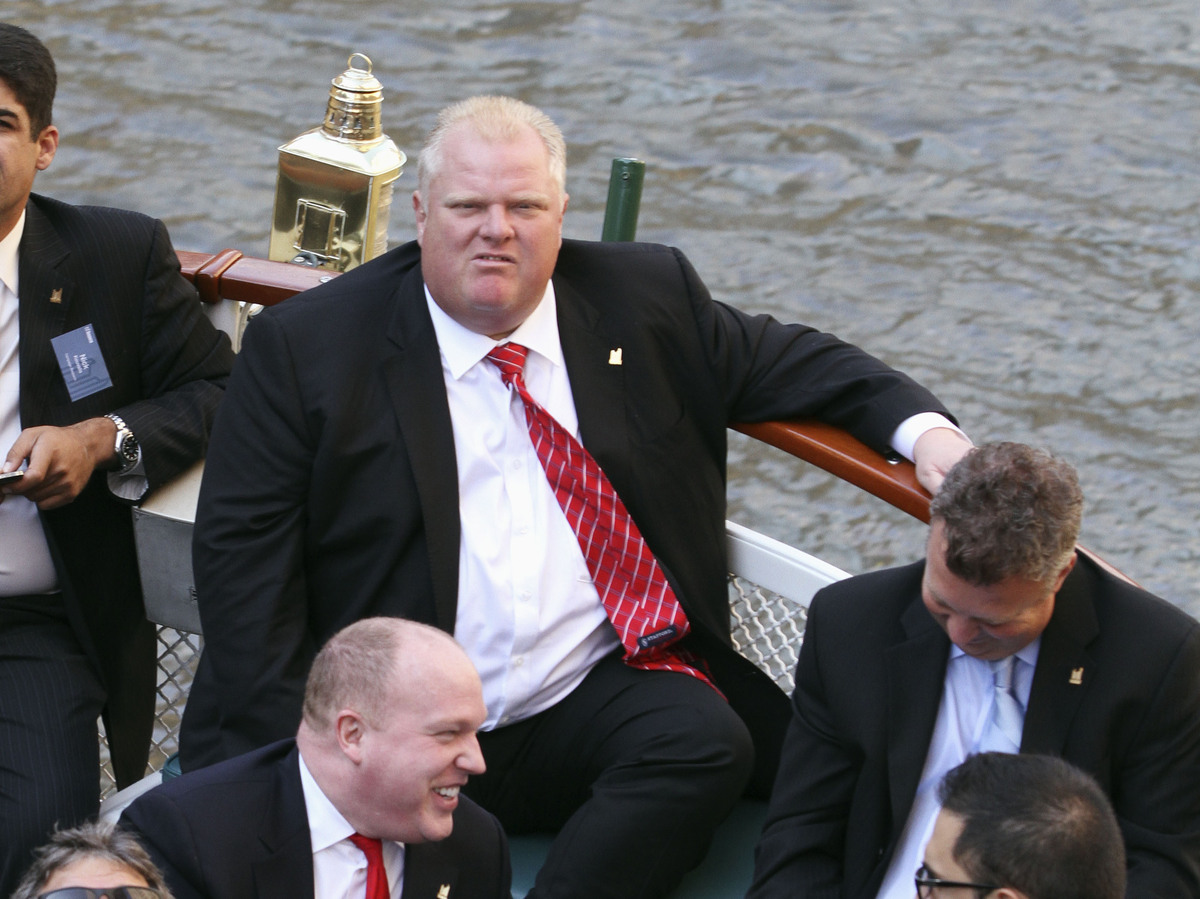 Toronto Mayor Rob Ford responded on Friday to a video that purports to show him smoking crack cocaine, calling it "ridiculous."

According to The Toronto Star, the cellphone video, seen by two of the newspaper's reporters, is being "shopped around Toronto by a group of Somali men involved in the drug trade." The Star writes that the video:

"... appears to show Ford in a room, sitting in a chair, wearing a white shirt, top buttons open, inhaling from what appears to be a glass crack pipe. Ford is incoherent, trading jibes with an off-camera speaker who goads the clearly impaired mayor by raising topics including Liberal Leader Justin Trudeau and the Don Bosco high school football team Ford coaches."

The Associated Press says Ford refused to take questions during a brief statement on Friday outside his office. He called the imbroglio, "another story with respect to The Toronto Star going after me. And that's all I've got to say for now."

The AP quotes Toronto deputy mayor Doug Holyday, who "questioned the authenticity of the video, saying 'video can be altered' and 'drug dealers can't be trusted.'"

Holyday said he has not spoken to Ford or his staff since the allegations surfaced, but noted he still believes in the mayor "at this point," the AP says.

Dennis Morris, a lawyer for Ford, told reporters that the video was false and defamatory, according to the Star:

"We're just trying to see whether or not such a video exists and whether or not any video has been doctored or altered," Morris told the newspaper. "I think unless one has expertise in crack cocaine smoking it is very difficult to gauge what a person is actually doing in an alleged video."