Accessibility links
Deborah Turness, Of British ITV, Will Be President Of NBC News : The Two-Way Turness becomes the first female president of one of the big three television networks in the U.S. She is scheduled to take the helm in August.

Deborah Turness, Of British ITV, Will Be President Of NBC News

Deborah Turness, Of British ITV, Will Be President Of NBC News

NBC announced Monday that Deborah Turness, the former editor of the British ITV News, will become president of NBC News beginning in August. 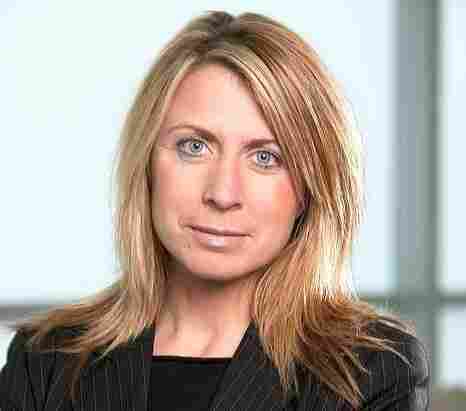 Turness, the network said, becomes the first woman to head the news division of one of the Big Three television networks in the United States.

"Deborah has built an outstanding reputation as both a journalist and business executive with a proven track record for innovation and collaboration," Pat Fili-Krushel, NBCUniversal's Chairman, said in a statement. "She is a leader with a global perspective, who is also very familiar with NBC News, having worked closely with us through our partnership with ITN. Her passion for the news business, combined with her creativity and vision, will be a tremendous asset to NBC News, and I'm very pleased to welcome her to the team."

ITN, by the way, produces ITV News in London.

The Guardian reports that when Turness took the helm at ITV in 2004, she was also the first female president of a network news organization in the U.K.

"Some ITV News staff were moved to tears during the newsroom announcement at 3pm UK time, led by ITN chief executive John Hardie.

"In a memo to staff, [ITN chief executive John Hardie] said Turness's replacement has 'huge shoes to fill' and described her as one of his 'most trusted and valued advisers.'"

"NBC News has been without a president since February, when former president Steve Capus stepped down. His departure came six months after NBC's immediate parent, NBCUniversal, had reorganized its news properties including CNBC and MSNBC into a newly created NBCUniversal News Group."