Accessibility links
Ray Manzarek, Founding Member Of The Doors, Dies : The Two-Way The keyboardist co-founded the band after meeting Jim Morrison in California. The Doors went on to become one of the most successful rock 'n' roll acts of the 1960s. Manzarek, 74, died in Germany after a long battle with bile duct cancer. 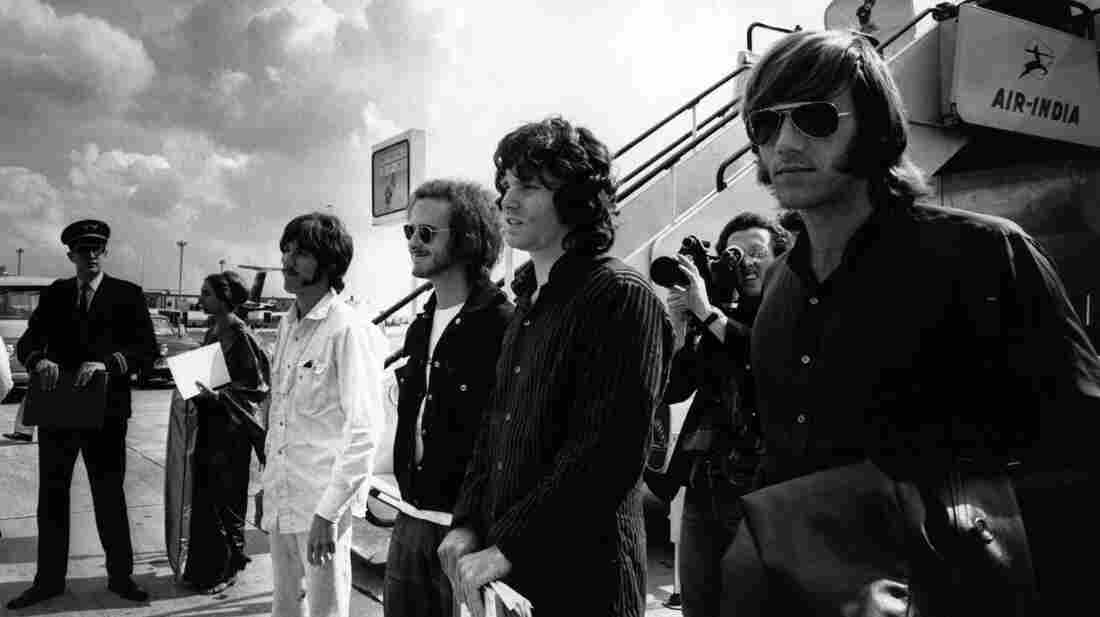 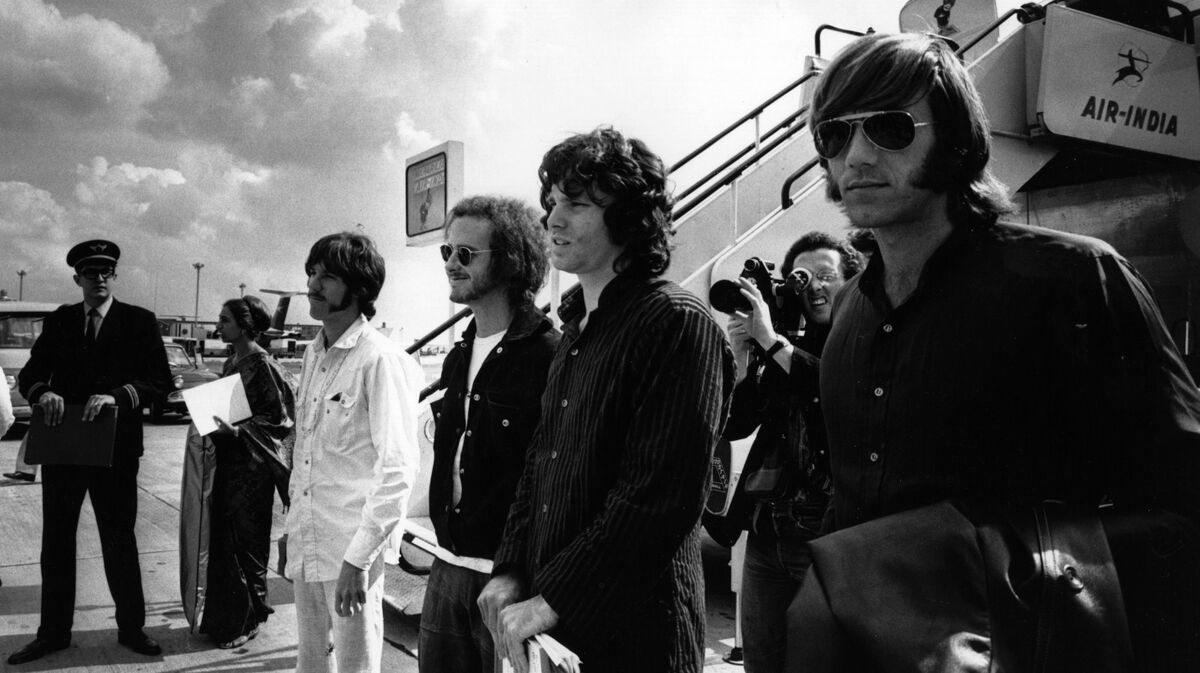 Ray Manzarek (far right) stands with fellow members of The Doors Jim Morrison (from right), Robby Krieger and John Densmore in 1968. Manzarek died Monday in Germany. He was 74.

Ray Manzarek, the keyboardist and a founding member of The Doors, died Monday in Germany. He was 74.

Manzarek and Jim Morrison founded the iconic band after meeting in California. The Doors went on to become one of the most successful rock 'n' roll acts of the 1960s — and continues to have an impact decades after Morrison's death in 1971.

In an interview with NPR in 2000, Manzarek recalled the band's influences and its music:

"We were aware of Muddy Waters. We were aware of Howlin' Wolf and John Coltrane and Miles Davis. Plus, Jan and Dean and The Beach Boys and the surf sound. Robby Krieger brings in some flamenco guitar. I bring a little bit of classical music along with the blues and jazz, and certainly John Densmore was heavy into jazz. And Jim brings in beatnik poetry and French symbolist poetry, and that's the blend of The Doors as the sun is setting into the Pacific Ocean at the end, the terminus of Western civilization. That's the end of it. Western civilization ends here in California at Venice Beach, so we stood there inventing a new world on psychedelics."

Here's more from the publicist's statement:

"After Morrison's death in 1971, Manzarek went on to become a best-selling author, and a Grammy-nominated recording artist in his own right. In 2002, he revitalized his touring career with Doors' guitarist and long-time collaborator, Robby Krieger."

"I was deeply saddened to hear about the passing of my friend and bandmate Ray Manzarek today," Krieger said. "I'm just glad to have been able to have played Doors songs with him for the last decade. Ray was a huge part of my life, and I will always miss him."

Manzarek is survived by his wife, Dorothy; his brothers, Rick and James Manczarek; his son, Pablo Manzarek; daughter-in-law, Sharmin; and three grandchildren.