Accessibility links
A Brief History Of Oklahoma Tornadoes : The Two-Way The state straddles Tornado Alley and has had a number of especially strong twisters leave a path of death and destruction in their wake.

A Brief History Of Oklahoma Tornadoes

A Brief History Of Oklahoma Tornadoes 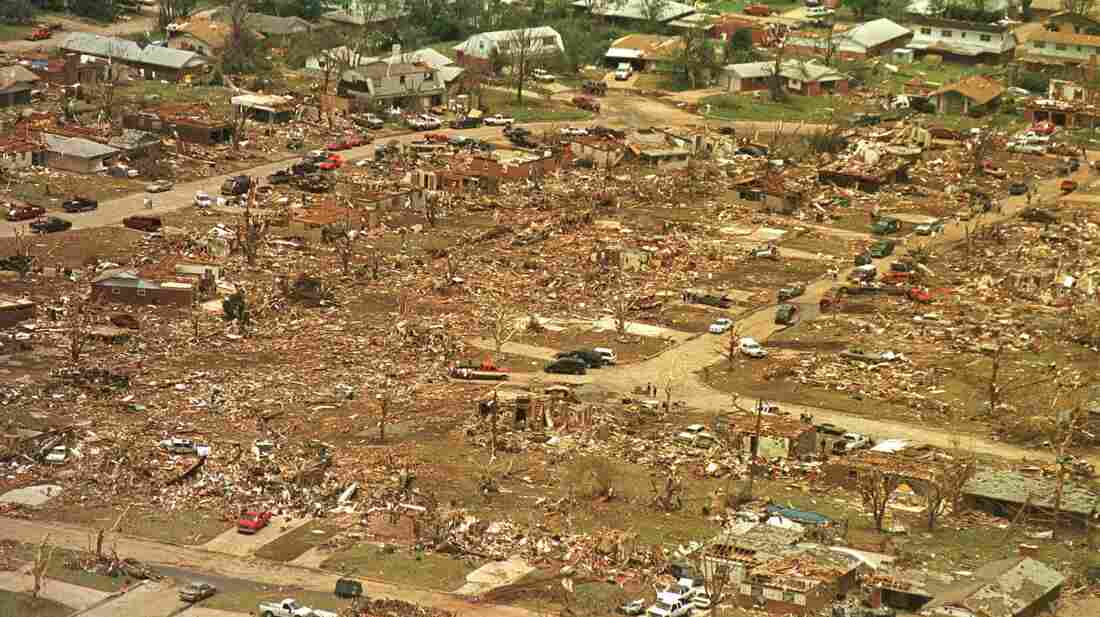 Destruction at Midwest City, Okla., one of the towns hit by the May 5, 1999, tornadoes. Jerry Laizure/AP hide caption 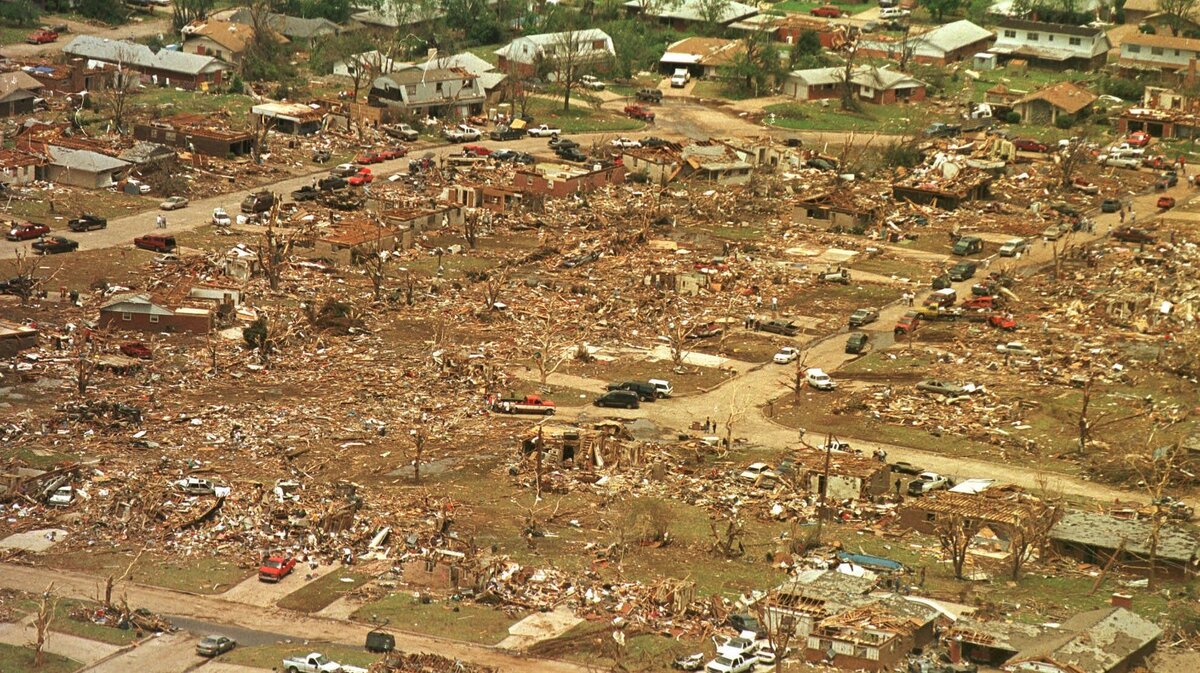 Destruction at Midwest City, Okla., one of the towns hit by the May 5, 1999, tornadoes.

Although Oklahoma is a state where tornadoes are a fact of life, few days stand out like May 3, 1999.

That was when some 70 tornadoes touched down over a 21-hour period, cutting paths of destruction like deep cuts of a knife blade in and around Oklahoma City. One tornado maxed out the Fujita scale at F-5, smashing through some of the very same areas that were hardest hit on Monday. Its winds topped out at a staggering 318 mph, the highest ever recorded anywhere on Earth.

At the time, it was the deadliest twister in 20 years in the U.S. and the costliest (estimated at the time to be $1 billion) in the state's history, according to NOAA.

A decade after the 1999 tornadoes, the experience was still fresh for survivor Renee Faulkinberry, who recalled how she and her 16-year-old daughter huddled in a bedroom closet as the massive twister leveled their home. Faulkinberry told local media that the best she could figure was that they both blacked out. When they came to, she called out to her daughter, who replied that she was OK.

"All I could see was blood coming down my arm and down my face," Faulkinberry said recently. "I remember her getting out and me lying there waiting for her to get help. It seemed like forever. I didn't hear anybody, and I kept screaming for help."

Oklahoma sits at the heart of "Tornado Alley," which stretches from the Rocky Mountains to the Appalachians. Although on average Texas has more total tornadoes, Kansas and Oklahoma rank at the top for tornadoes per square mile.

As devastating as the 1999 tornadoes were, with 46 deaths across two states, the toll was far short of one that struck on April 9, 1947. It was an F-5 that did most of its damage about 140 miles northwest of the capital, in the town of Woodward. The tornado killed 185 people starting in Texas and ending in Kansas — a path of destruction that measured 100 miles long and 2 miles wide in some places.

According to NOAA, the tornado "unleashed its worst destruction on Woodward, striking the city without warning at 8:42 pm. Over 100 city blocks on the west and north sides of the city were destroyed ... Confusion and fires reigned in the aftermath with over 1,000 homes and businesses destroyed, at least 107 people killed in and around Woodward, and nearly 1,000 additional injuries."

NOAA says that in and around Oklahoma City, "May is the peak month for all tornadoes, followed closely by April and June."

"About two thirds of all tornadoes in [Oklahoma City] have struck during those three months. Strong and violent tornadoes tend to occur slightly earlier, with April the peak month."