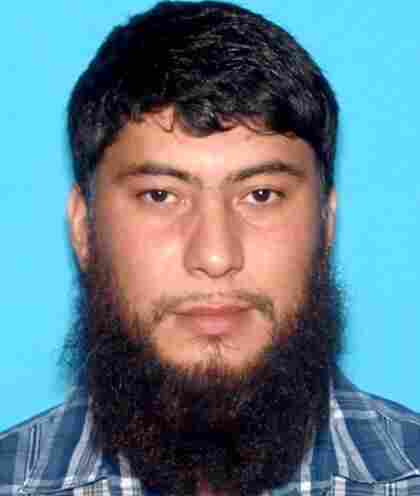 The 30-year-old Uzbek national accused of a terrorist conspiracy in Idaho and Utah waived his right to a detention hearing in Boise on Tuesday, and apparently avoided public disclosure of details of his alleged crimes.

According to a federal court document, an attorney for Fazliddin Kurbanov withdrew his client's request for the hearing. Kurbanov confirmed the decision through an interpreter and agreed to remain jailed pending a July 2 trial date.

The hearing was expected to include government witness testimony about the alleged conspiracy, which federal prosecutors say involves the Islamic Movement of Uzbekistan, a "designated foreign terrorist organization." Indictments in Idaho and Utah say little about the case. Kurbanov is accused of providing material support to the Uzbek group and of providing training in the construction and use of a weapon of mass destruction.

The indictments refer to unnamed co-conspirators, but no additional arrests have been made, and officials said they had contained any threat of attack.

Federal prosecutors seemed ready to provide more details in arguing for Kurbanov's continued detention. Another document filed a few hours before the detention hearing disclosed the intent to provide evidence "obtained or derived from electronic surveillance or physical search conducted pursuant to the Foreign Intelligence Surveillance Act" or FISA.

FISA is a controversial federal law that is used to circumvent normal procedures for obtaining search warrants in cases involving "foreign powers," including terrorist groups.

FBI agents had conducted a search of Kurbanov's Boise apartment, but no search warrant affidavit is in the federal case file posted on the Justice Department's PACER electronic documents system.

The FISA filing signaled the possible disclosure of surveillance or search evidence at the detention hearing, but Kurbanov's waiver made that possibility moot.

It's not known who else was involved in the alleged conspiracy, who or what was targeted, what kinds of acts were planned, or whether targets were in the United States or abroad.

Olson also confirmed that the search warrant affidavit in the case, which would also provide more details, has been sealed by the court.

In response to questions about the case, Olson said: "The investigation is ongoing. We're not able to comment at this time."