Accessibility links
Eric Garcetti Wins L.A. Mayor's Race : The Two-Way In a nonpartisan race in which two Democrats were the top contenders, the city councilman has edged out City Controller Wendy Greuel. 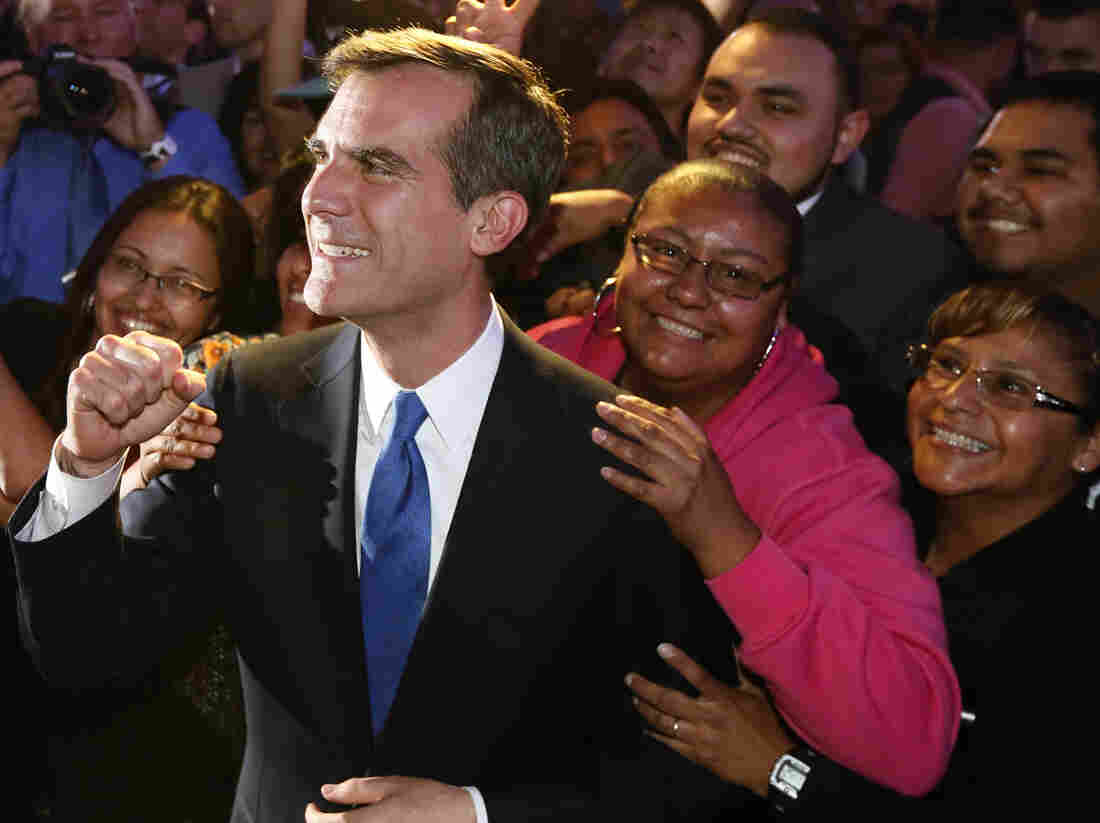 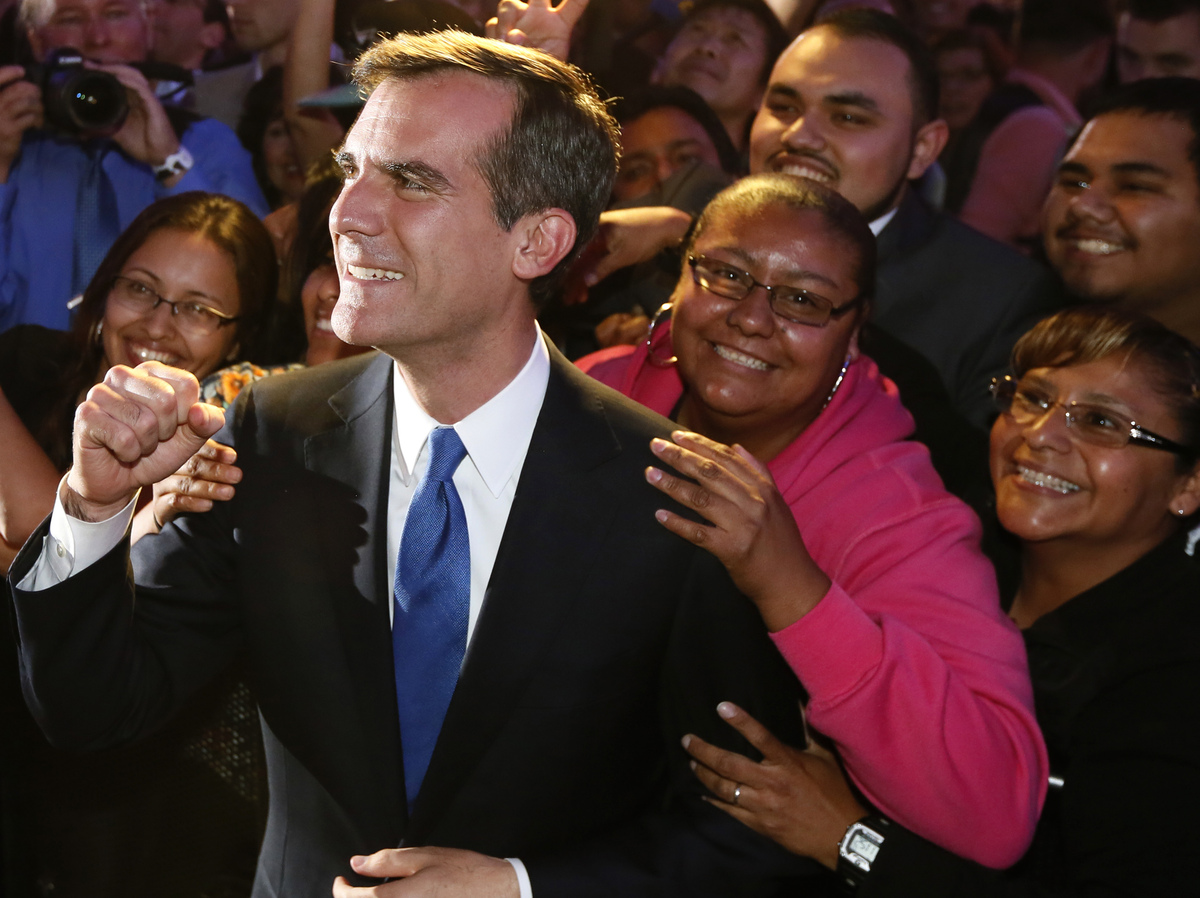 The next mayor of Los Angeles will be City Councilman Eric Garcetti.

In a race in which the two top contenders were both Democrats, the 42-year-old Garcetti has opened a 7- to 8-percentage-point lead over City Controller Wendy Greuel as Tuesday's votes are being counted.

Early Wednesday, according to the Los Angeles Times, Greuel called Garcetti to concede the race. Soon after, Garcetti tweeted this message:

"Thank you Los Angeles — the hard work begins but I am honored to lead this city for the next four years. Let's make this a great city again."

As Morning Edition and NPR Political Junkie Ken Rudin have explained, the race to succeed outgoing Mayor Antonio Villaraigosa attracted little attention in the city. According to Ken, both Garcetti and Greuel were "earnest, sincere, non-ideological candidates" and neither seemed certain about "how to handle the [city's] growing deficit, let alone tell voters which way they intend to take the city."

Garcetti has been on the city council since 2001. He is the son of former Los Angeles County District Attorney Gil Garcetti, who rose to national fame during the 1995 criminal trial of O.J. Simpson.