Accessibility links
Court Rules That Arizona Sheriff Engages In Racial Profiling : The Two-Way Maricopa County Sheriff Joe Arpaio's department violated the rights of Latinos in its crackdown on illegal immigration, a federal judge says, issuing an injunction against the practice. 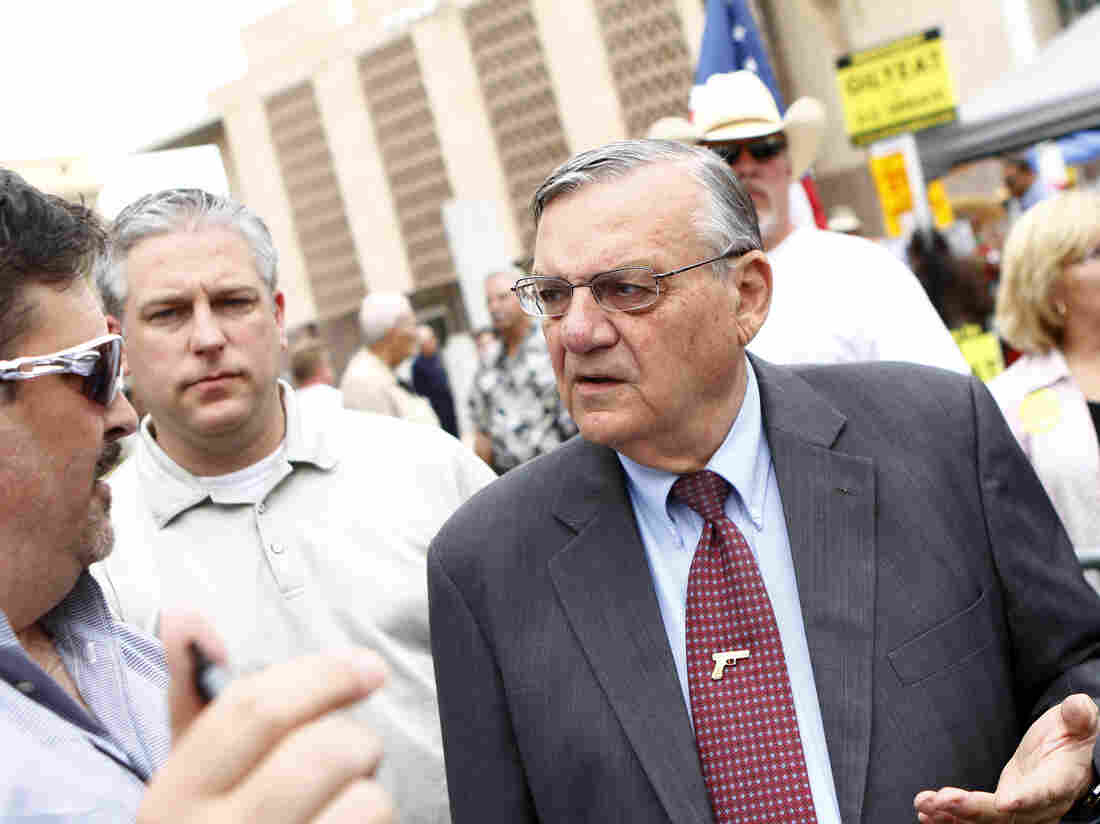 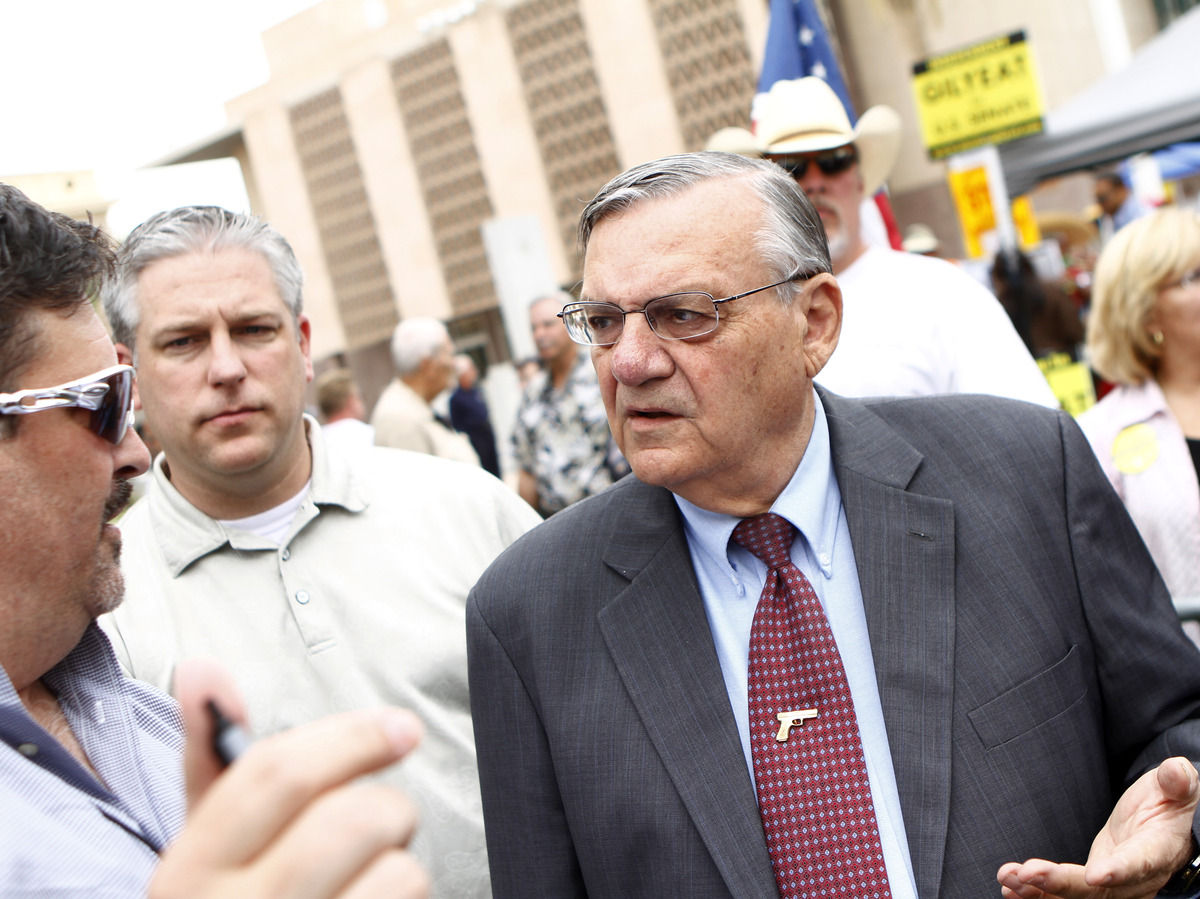 A U.S. district court has ruled that Arizona Sheriff Joe Arpaio's department has violated the rights of Latino drivers by racially profiling them as part of a crackdown on illegal immigration and issued an injunction to halt the practice.

The decision on Friday marks the first time that the hard-line Maricopa County sheriff's office has been found to be engaging in systematic racial profiling.

In 2010, Arizona passed a law that set the legal framework for Arpaio's actions, including a provision that allows police to check a person's immigration status if he is pulled over for any other reason. While the U.S. Supreme Court struck down most of the law last year, it left in place the so-called show-me-your-papers provision.

"It also backs up allegations made by critics that Arpaio's officers rely on race in their immigration enforcement.

"Snow also ruled Arpaio's deputies unreasonably prolonged the detentions of people who were pulled over.

"A small group of Latinos alleged deputies pulled over some vehicles only to make immigration status checks.

"Arpaio has denied the allegations."

"The court order blocks Arpaio from conducting immigration sweeps and using race or Latino ancestry as a factor in determining to stop any vehicle in Maricopa County with a Latino occupant.

The ACLU Immigrants' Rights Project, which has opposed the Arizona law and similar laws in other states, called Friday's ruling a "great day for all the people of Maricopa County."

Speaking to KJZZ, the Rights Project's director, Cecillia Wang, said that "for too long this sheriff's office has been violating the rights of people around the county — people he is meant to serve."

The court "has held that practice is illegal and violates the Fourth Amendment right against unreasonable seizure," she said.

Lydia Guzman, a founder of Somos America, an immigrant rights organization, tells NPR that she's elated by the ruling but "we don't expect too much cooperation" from Arpaio.

"At the same time, we're going to be asking the federal government to help ensure that this federal order is abided by," she said.