Accessibility links
Obama In Oklahoma: 'You Are Not Alone' : The Two-Way Obama comforted some victims and pledged federal support. He spoke in front of the rubble that used to be an elementary school.

Obama In Oklahoma: 'You Are Not Alone'

Obama In Oklahoma: 'You Are Not Alone' 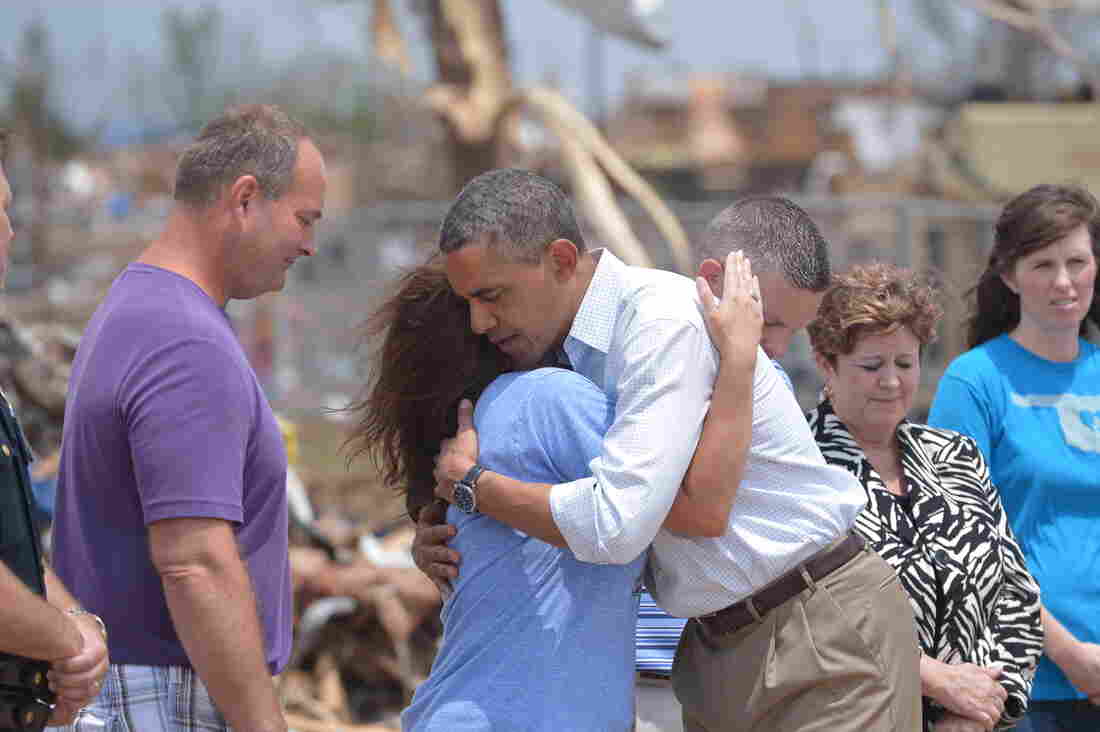 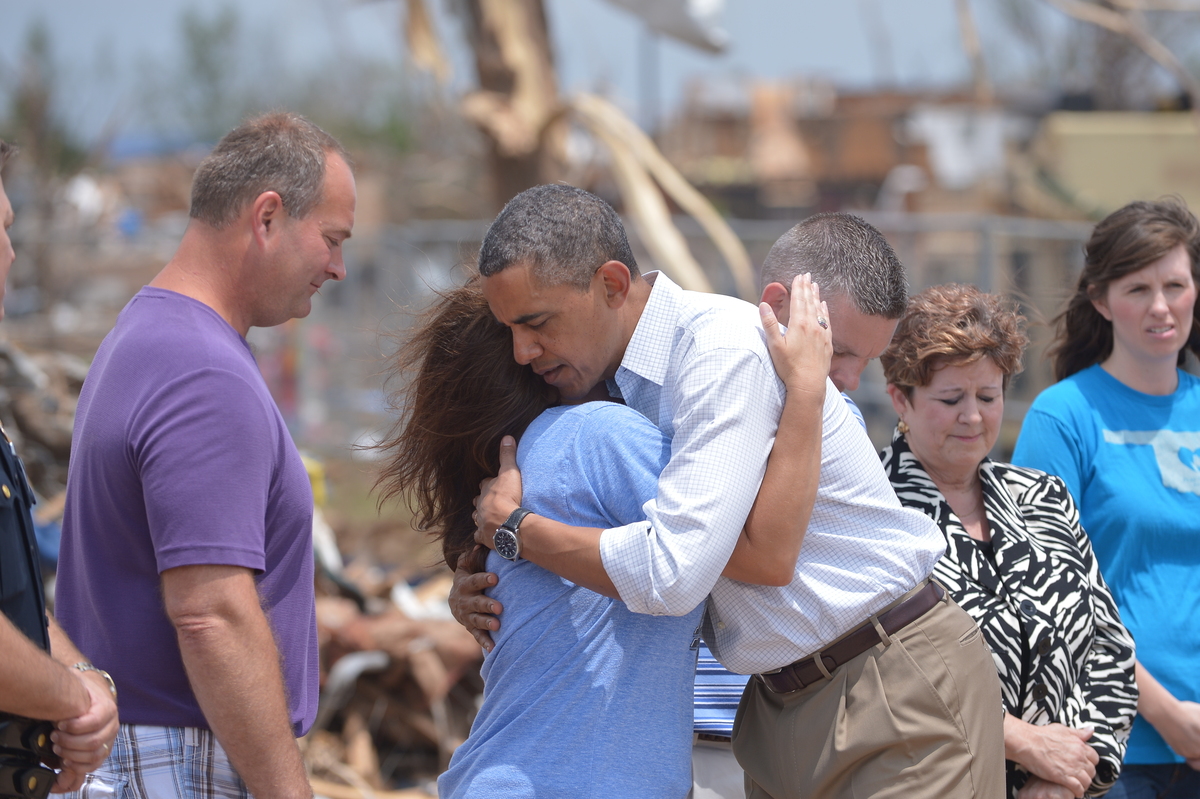 President Obama is greeted as he tours a tornado affected area on Sunday in Moore, Oklahoma.

President Obama toured the devastation in Moore, Okla. Sunday afternoon, comforting some victims and pledging federal support. He said that he came to city as a representative of the American people.

"I'm just a messenger here," Obama said, "letting everybody know that you are not alone."

Obama spoke in front of the pile rubble that used to be Plaza Towers Elementary School. Seven students died there last week as an EF-5 tornado battered the area with winds in excess of 200 mph.

"We know Moore is going to come back stronger from this," Obama said, flanked by officials including Okla. Gov. Mary Fallin and Moore Mayor Glenn Lewis. "Your mayor said you're already printing new street signs and I want folks affected throughout Oklahoma to know that we're going to be with you every step of the way."

Obama also said he was moved earlier in the week by a news report that described a bible found in the rubble of an earlier tornado in Oklahoma. Obama said it was opened to one passage.

"'And a man shall be as a hiding place from the wind and a covert from the tempest,'" the president quoted. Then he added, "God has a plan, but we are an instrument of his will."

Earlier today, we posted about the high school graduations that took place in Oklahoma.