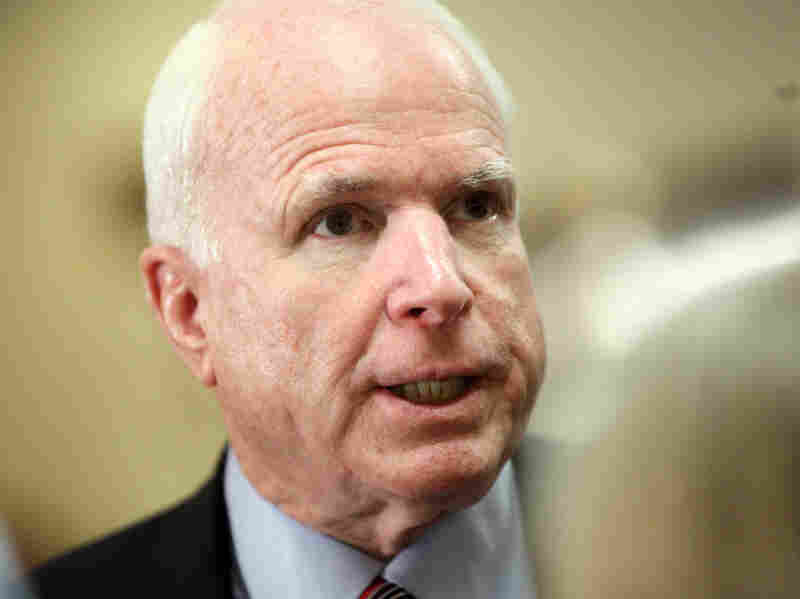 Sen. John McCain, a member of the Senate Armed Services Committee, briefly entered Syria to meet with rebel forces on Monday, according to his spokesman. Allison Shelley/Getty Images hide caption 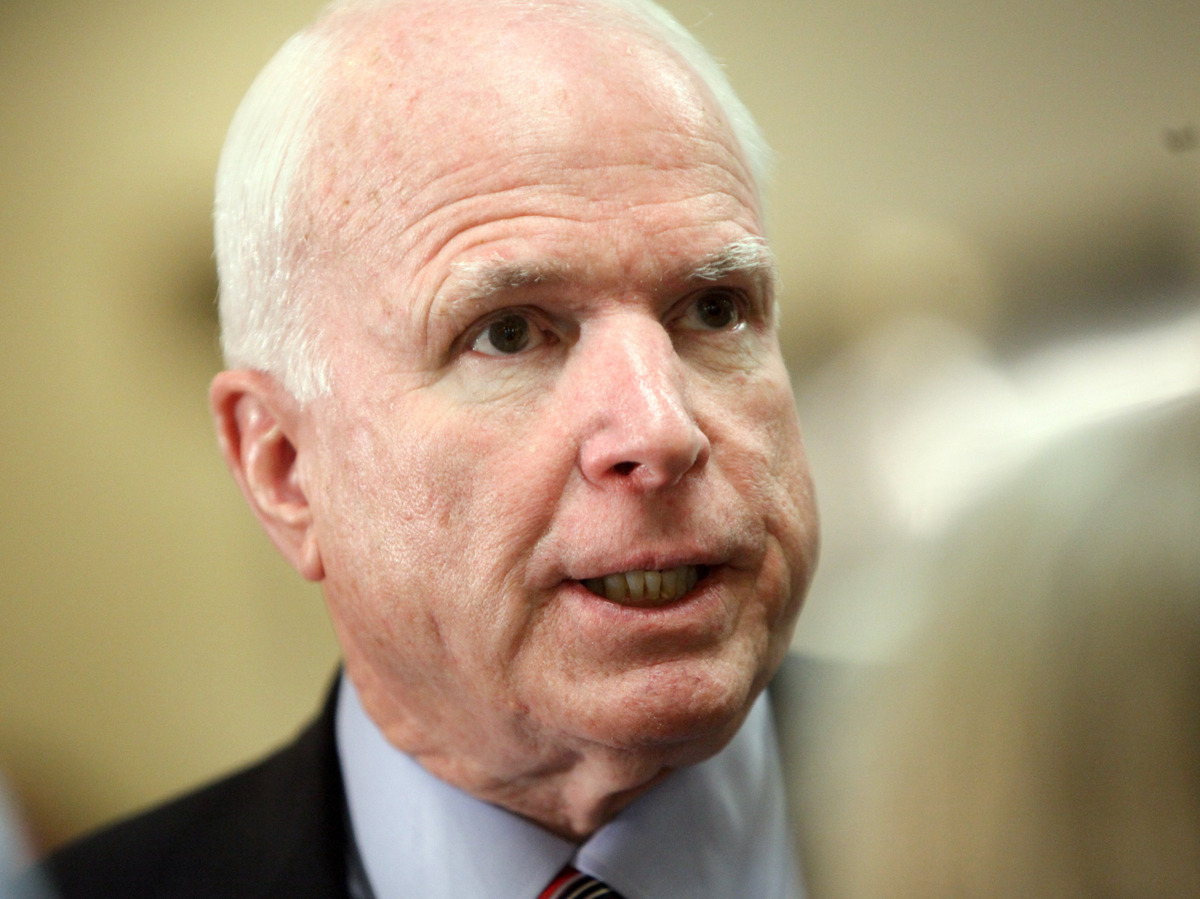 Sen. John McCain, a member of the Senate Armed Services Committee, briefly entered Syria to meet with rebel forces on Monday, according to his spokesman.

The Daily Beast reports McCain was with Brig. Gen. Salim Idris, the head of the Free Syrian Army, and met with rebels for a few hours before going back to Turkey. The Daily Beast added:

"Idris praised the McCain visit and criticized the Obama administration's Syria policy in an exclusive interview Monday with The Daily Beast. 'The visit of Senator McCain to Syria is very important and very useful especially at this time,' he said. 'We need American help to have change on the ground; we are now in a very critical situation.' "

McCain is highly critical of President Obama's policy of non-intervention in Syria. The rebels have been calling for more weapons to fight the forces of Syrian President Bashar al-Assad, a move that McCain strongly supports.

On Monday, the French newspaper Le Monde reported that it witnessed some type of chemical weapons being used on the rebels.

The past several weeks have been difficult for the opposition. It is trying to hold on to the key town of Qusair near Lebanon's northern border.

Both sides are taking heavy losses, and the threat of a sectarian spillover into neighboring countries weighs heavy on the region.