Accessibility links
Tea Party Favorite Rep. Michele Bachmann Leaving Congress : The Two-Way The congresswoman says she won't be seeking a fifth term. She does not rule out getting back into politics in the future. In 2012 she made a bid for the Republican presidential nomination. Her fortunes quickly rose and fell. 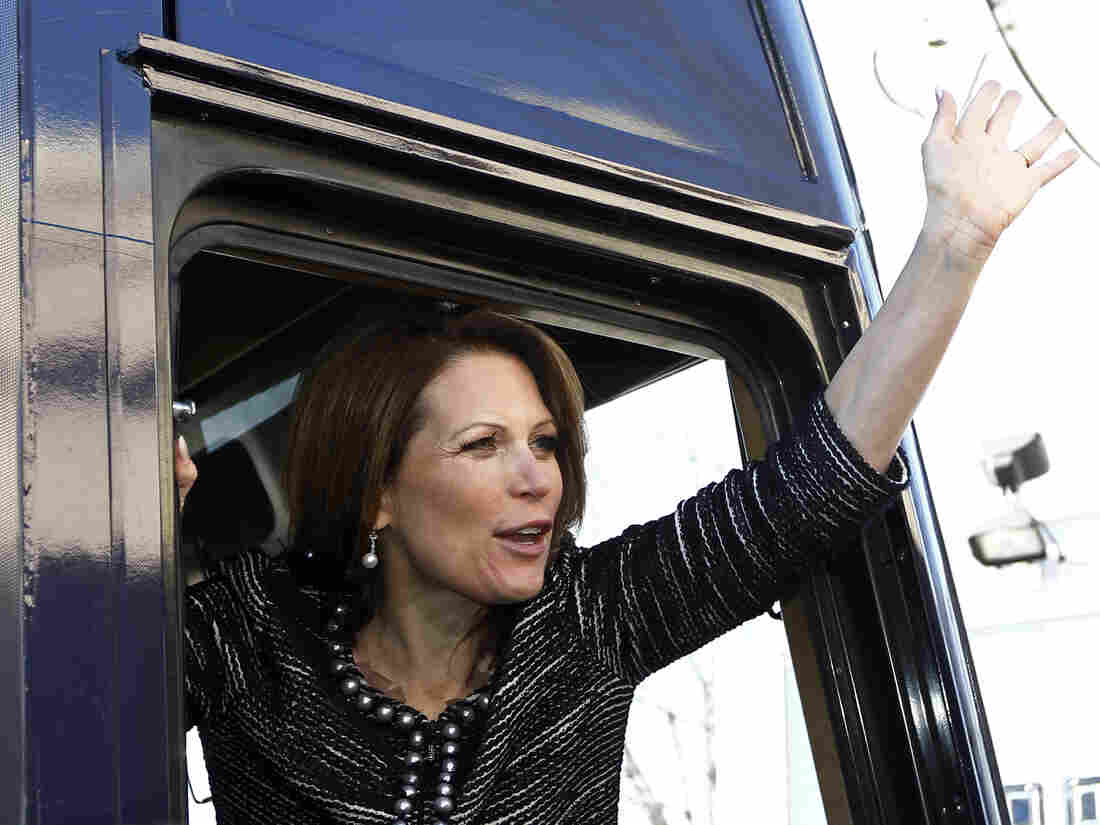 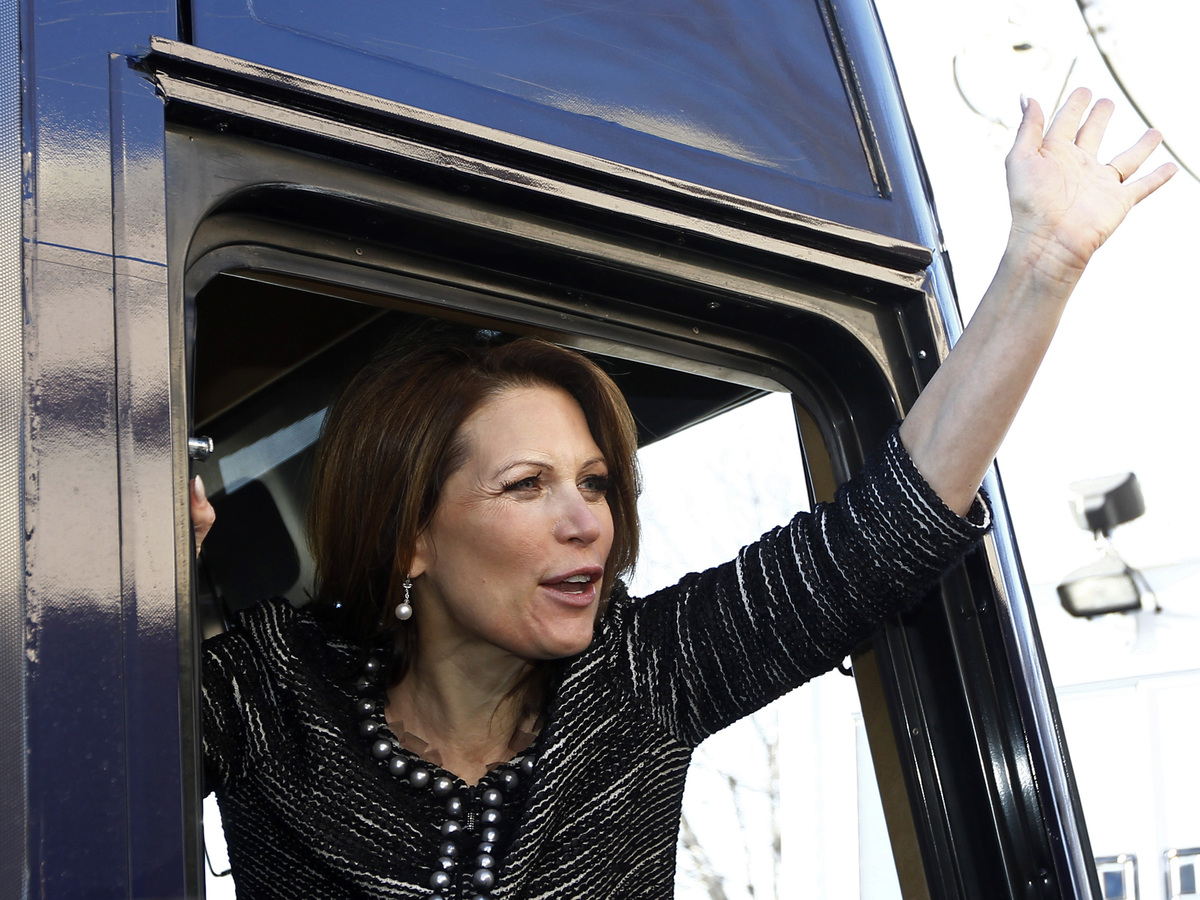 She's saying goodbye, for now at least: Rep. Michele Bachmann, R-Minn., has announced she won't seek re-election in 2014. (File photo from Jan. 4, 2012, when she left the Republican presidential race.)

Rep. Michele Bachmann, a hero to many conservatives and tea party advocates who saw her fortunes rise and fall quickly in the 2012 race for the GOP presidential nomination, announced early Wednesday that she will not seek re-election to a fifth term in Congress.

The Minnesota Republican said that, "the law limits anyone from serving as president of the United States for more than 8 years ... in my opinion, well, 8 years is also long enough for an individual to serve as a representative for a specific congressional district." She said she will remain in Congress through the end of her term, which expires after the 2014 election.

As Politico has reported, Bachmann was facing " 'existential' political threats. The Federal Election Commission and the Office of Congressional Ethics are investigating the finances of last year's Republican primary bid. And she was being challenged again by Jim Graves, a Democrat who came within 5,000 votes, or 1.2 percent points, of unseating her last November."

Bachmann's 2012 presidential bid peaked in August 2011 when she won the Iowa Republican presidential straw poll. But her moment in the sun was short. Texas Gov. Rick Perry picked that day to announce he was joining the GOP race. And, as NPR's Liz Halloran later reported, "a progression of other candidates — from Herman Cain to Newt Gingrich to Rick Santorum — proceeded to overtake Bachmann as the Christian conservative alternative to consistent Republican front-runner Mitt Romney." Bachmann left the race on Jan. 4, 2012, after finishing sixth in Iowa's Republican caucuses.

As for what's next, Bachmann says in her video that "my future is full, it is limitless and my passions for America will remain. ... There is no future option or opportunity, be it directly in the political arena or otherwise, that I won't be giving serious consideration."

She also says that she expects the "mainstream media" to put a "detrimental spin on my decision not to seek a fifth term."

Note: That's just a question, not a scientific survey of public opinion.

The non-partisan FactCheck.org has collected its Bachmann-related truth squadding here.