Accessibility links
Former Justice Official In Line To Be Named FBI Chief : The Two-Way Two sources familiar with the search for a new director of the agency tell NPR that James B. Comey is in line to succeed outgoing chief Robert Mueller. Comey was the No. 2 official at the Justice Department in the George W. Bush administration. 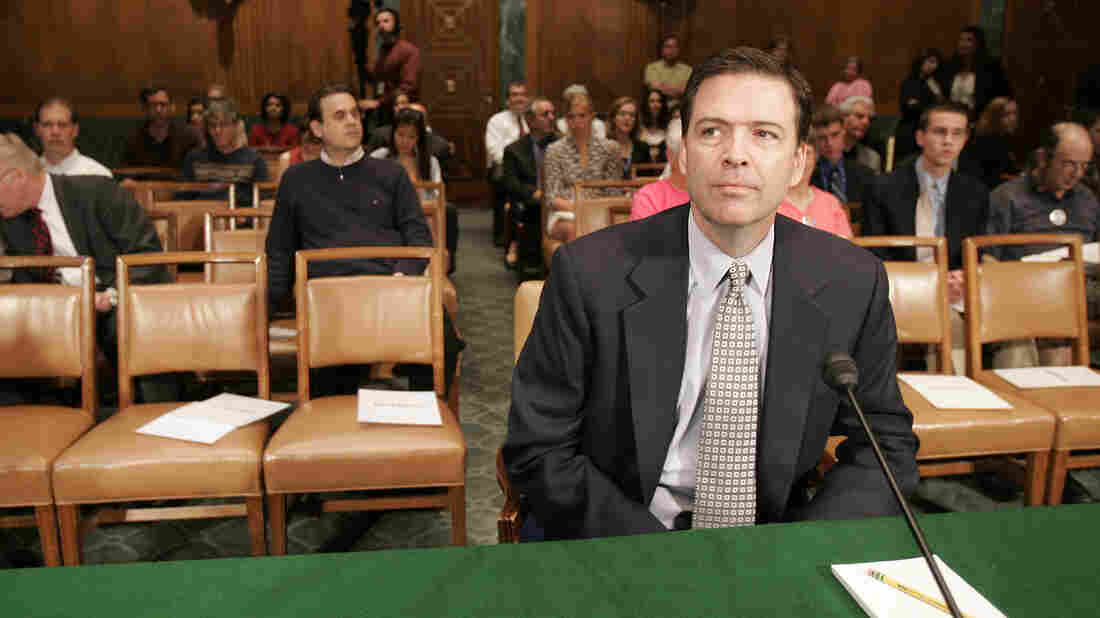 Former Deputy Attorney General James B. Comey waits to testify before the Senate Judiciary Committee in Washington on May 15, 2007. NPR has learned that Comey is in line to become President Obama's choice as the next FBI director. Susan Walsh/AP hide caption 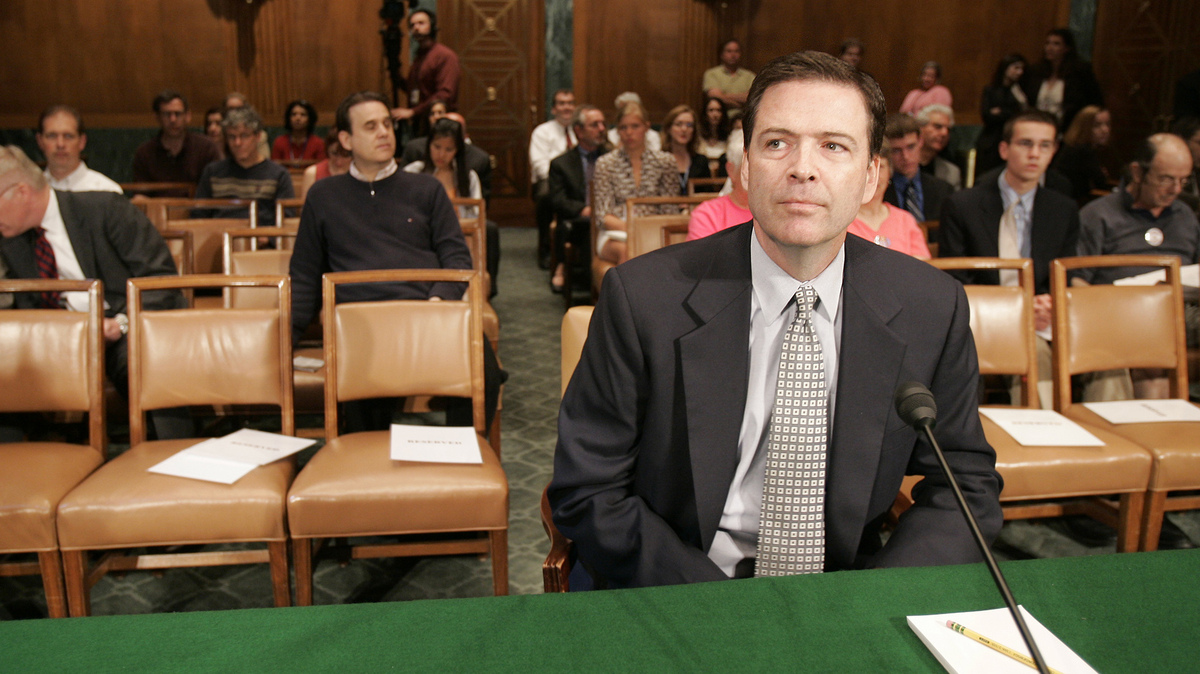 Former Deputy Attorney General James B. Comey waits to testify before the Senate Judiciary Committee in Washington on May 15, 2007. NPR has learned that Comey is in line to become President Obama's choice as the next FBI director.

NPR has learned that former Justice Department official James B. Comey is in line to become President Obama's choice as the next FBI director, according to two sources familiar with the search.

Comey, 52, has an extensive track record at the highest levels of federal law enforcement. He served as the deputy attorney general — the second in command at Justice — in the George W. Bush administration, and as the top federal prosecutor for the Southern District of New York, where he filed charges against housewares maven Martha Stewart for lying about stock trades, among other notable cases. As a young prosecutor in Virginia, he pioneered an effort to remove guns from Richmond's streets.

In recent years, Comey has worked in the private sector, as general counsel at defense contractor Lockheed Martin and at Bridgewater Associates, a hedge fund, before leaving that post early this year to teach at Columbia Law School. Comey is a Republican, but he famously threatened to resign in the Bush years over a program that's been described as a form of warrantless wiretapping of Americans.

"I couldn't stay if the administration was going to engage in conduct that the Department of Justice had said had no legal basis," he told members of the Senate Judiciary Committee in 2007, years after the episode. "I simply couldn't stay."

He also angered some in the Bush administration by expanding the mandate of a special prosecutor investigating a leak of the identity of CIA operative Valerie Plame — a case that resulted in the prosecution of Lewis "Scooter" Libby, a longtime aide to then-Vice President Dick Cheney.

In recent weeks, the White House narrowed the search to just two candidates — Comey and White House homeland security adviser Lisa Monaco. Monaco is a former assistant attorney general for national security at the Justice Department who only arrived at the White House earlier this year. The Daily Beast recently reported a new assignment in her portfolio — helping to resume transfers of detainees and eventually try to close the prison at Guantanamo Bay, Cuba.

Monaco would have been the first woman nominated to lead the FBI. It is a familiar place for her; she worked closely with the outgoing FBI director, Robert Mueller. Mueller took office only days before the Sept. 11, 2001, attacks and proved so hard to replace that the Senate passed special, one-time-only legislation to extend his 10-year term.

Mueller is on track to leave this fall, and the White House needs to nominate a replacement soon to finish the confirmation process in time for the Senate's summer break. The choice of FBI director could be one of Obama's most lasting legacies in national security.

Matt Lehrich, a White House spokesman, declined comment on any personnel decisions regarding the FBI, and another source told NPR it could be several days before Obama makes a formal announcement.