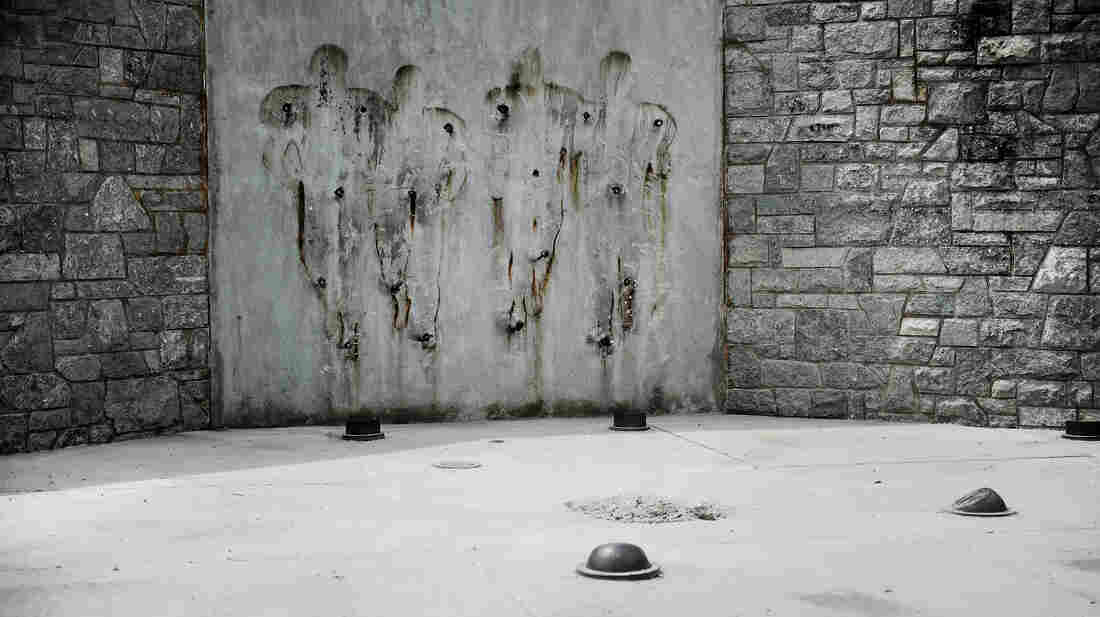 The site in where a statue of former Penn State University football coach Joe Paterno once stood sits empty after it was removed last summer. The late coach's family is suing the NCAA to overturn sanctions against the school. Patrick Smith/Getty Images hide caption 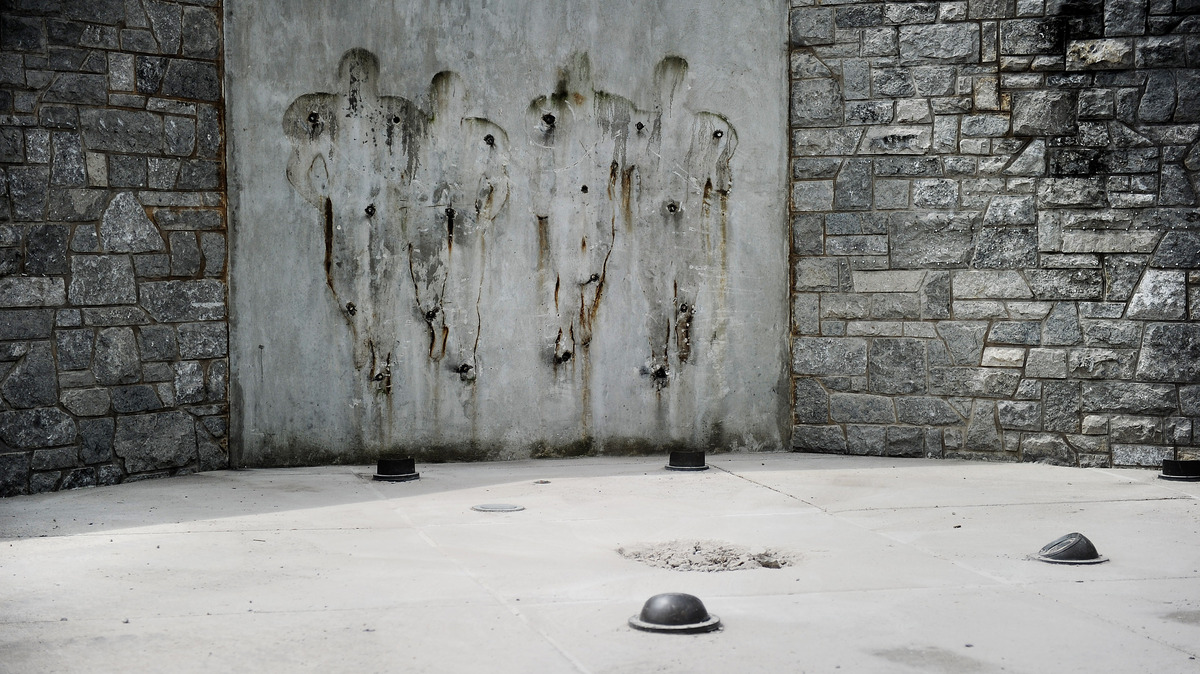 The site in where a statue of former Penn State University football coach Joe Paterno once stood sits empty after it was removed last summer. The late coach's family is suing the NCAA to overturn sanctions against the school.

The family of late football coach Joe Paterno has filed a lawsuit in Pennsylvania Thursday, seeking the reversal of NCAA sanctions against Penn State that resulted from the Jerry Sandusky child sex abuse scandal.

Calling the sanctions "unlawful," the Paterno family and their fellow plaintiffs, who include several current and former university employees and former football players, said the incident "is further proof that the NCAA has lost all sense of its mission." Those comments were in a statement issued ahead of the suit being filed.

The university says it isn't part of the lawsuit, which targets the NCAA and its president, Mark Emmert, and Edward Ray, who was the chairman of the executive committee when the sweeping penalties were handed down.

"The University is not a party to any lawsuit against the NCAA that may be filed by the Paterno family," the school said in a statement. "Penn State remains committed to full compliance with the Consent Decree and the Athletics Integrity Agreement."

The consent decree, a descriptor that may strike some as an oxymoron, is the term for the binding agreement between the NCAA and Penn State to abide by the stiff sanctions the organization imposed on the university last July.

Those penalties included a four-year ban on bowl games, a cut in athletics scholarships, a $60 million fine and the voiding of all football victories from 1998 to 2011. It also includes a monitoring and probation period.

The Paterno family's lawsuit seeks to have the consent decree deemed null and void, and to draw punitive damages and compensation from the NCAA. The estate says it "will donate the net proceeds of any monetary recovery from this lawsuit to charity."

The suit's expected filing comes one day after the estate's lead attorney, Wick Sollers, appeared on the NBC Sports Network's Costas Tonight, where he laid out the family's views in talking with host Bob Costas, along with former Pennsylvania Gov. Dick Thornburgh and Paterno family spokesman Dan McGinn.

"It was, the suit will argue, the first time that the NCAA has handed down penalties under its 'loss of institutional control' language even though there were no underlying violations of NCAA rules at Penn State," reports Penn Live's Charles Thompson, who wrote up an overview of the TV segment and the case.

In the past, Penn State has said it accepted the sanctions in order to avoid the complete dismantling of the university's football program. The NCAA's case for the sanctions was laid out in a report on the scandal prepared by former FBI Director Louis Freeh.

"The one thing everyone should agree on is that the Sandusky scandal deserves a thorough, fair and careful review," Sollers said in the family's statement. He later added, "The NCAA's actions sought to limit the knowledge of the case and trample the rights of the individuals and institutions that were unfairly and inaccurately blamed by the Freeh report."