Accessibility links
Tornadoes, Severe Storms Again Forecast For U.S. Midsection : The Two-Way Another day brings more warnings for the nation's midsection. The National Weather Service says that from Texas up toward the Great Lakes there could be strong storms, hail and possibly tornadoes. 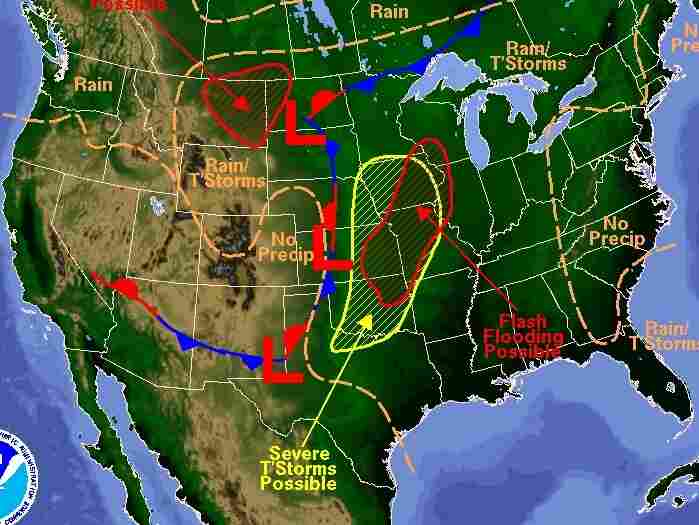 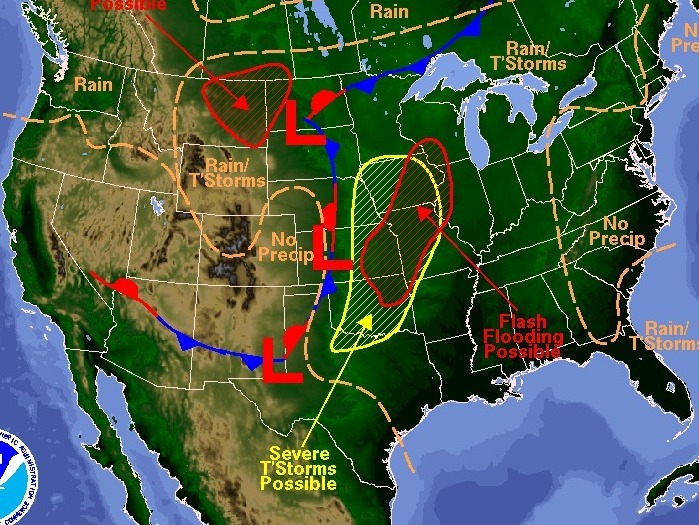 Unfortunately, the forecasts have been pretty accurate in recent days. The National Weather Service warned there would be more tornadoes and severe storms on Wednesday — and there were.

The Weather Channel says at least 19 tornadoes touched down Wednesday in four states (Texas, Kansas, Nebraska and Iowa). Elsewhere, among the 250 storms reported across the nation's midsection and into the Northeast, hail and damaging winds were typical.

The good news is that we aren't seeing reports of destruction, injuries or deaths. As Omaha's World-Herald says, "lots of tornadoes hit Nebraska, but not much damage results."

The bad news Thursday is that the National Weather Service is saying, again, that "severe weather continues to be a possibility across the Great Plains and the Midwest Thursday. Primary threats are large hail and tornadoes, some could be strong."

The National Weather Service's Storm Prediction Center in Norman, Okla., says at least two tornadoes touched down in Oklahoma Thursday, but there were no immediate reports of injuries.

One tornado was near the town of Perkins in northeast Oklahoma. A second tornado was reported near Ripley. Both were in rural areas and didn't seem to cause significant damage, officials said, according to The Associated Press.