Accessibility links
A Spelling Bee Veteran Finally Wins With 'Knaidel' : The Two-Way Thirteen-year-old Arvind Mahankali of New York spelled the word correctly to win the Scripps National Spelling Bee on Thursday night. And, in case you're wondering, a knaidel is a type of dumpling. 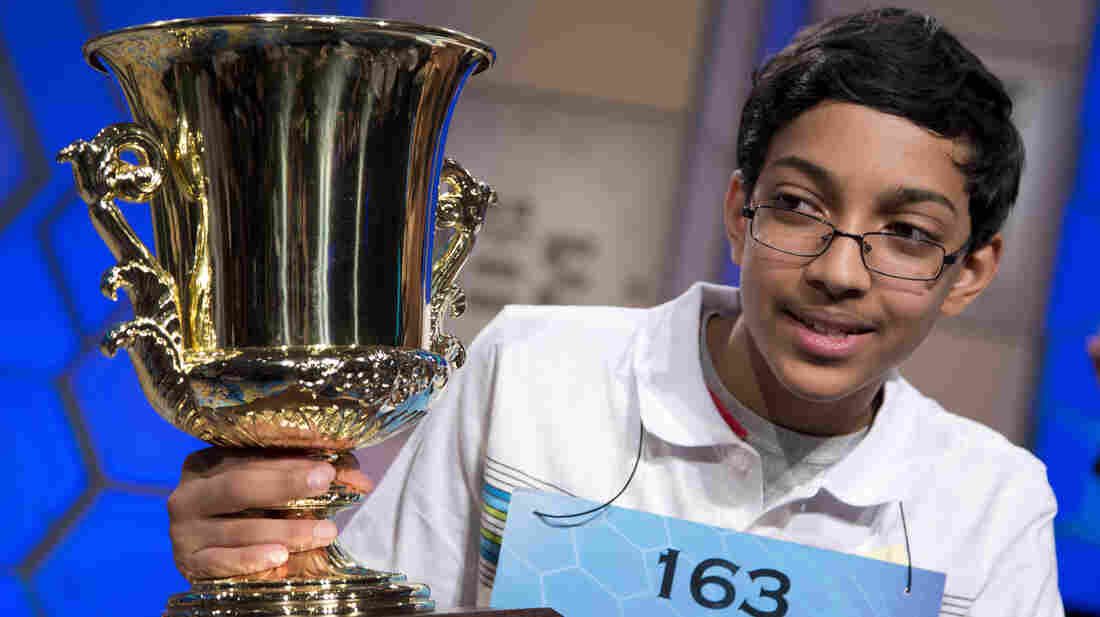 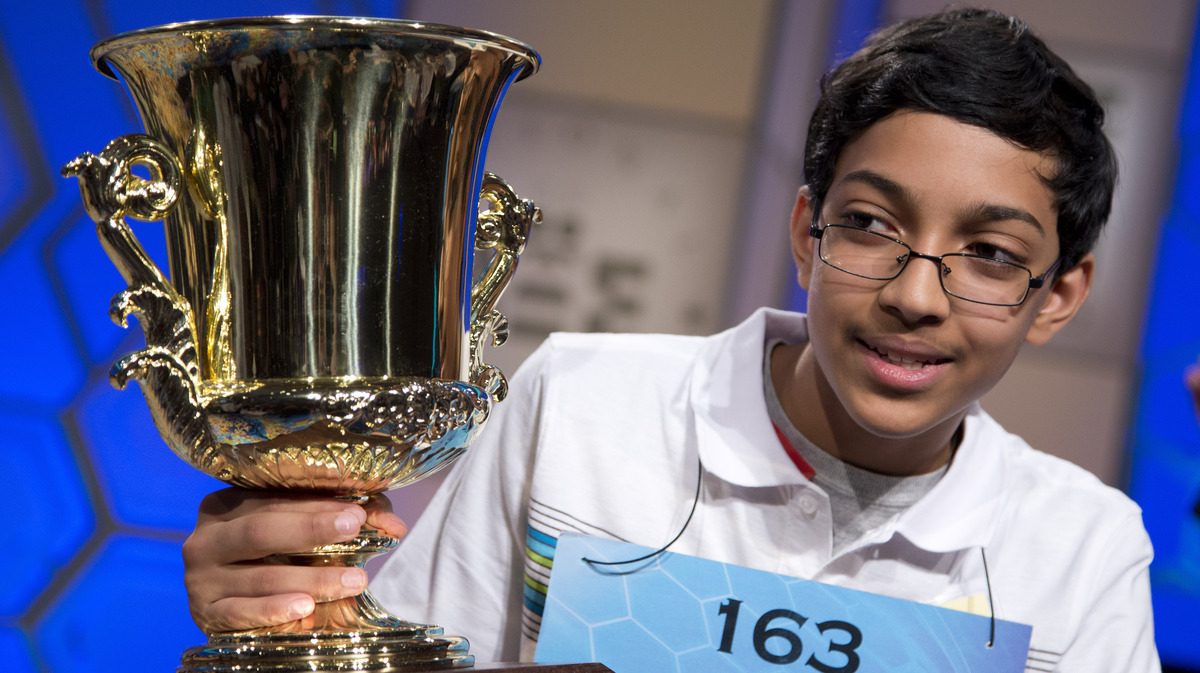 Arvind Mahankali, 13, of Bayside Hills, N.Y., holds the championship trophy after he won the Scripps National Spelling Bee by spelling the word "knaidel" correctly on Thursday in Oxon Hill, Md.

Fourth time's the charm: After finishing third two years in a row and ninth in 2010, Arvind Mahankali of New York won the Scripps National Spelling Bee on Thursday night.

His winning word: knaidel (that's a type of dumpling — in case you're wondering).

Mahankali's victory in the 86th national bee nets him $30,000 in cash and prizes along with a huge, cup-shaped trophy.

As Scott reported earlier, this year contestants not only had to spell the words, they also had to define them in the preliminary rounds. Writing on the Monkey See blog, NPR's Linda Holmes welcomed that development.

Mahankali's victory follows Snigdha Nandipati's win last year. Since 1999, 11 of the 15 winners of the bee have been Americans of Indian descent. NPR's Tovia Smith reported last year on the dominance.

"Indian-American spelling successes have also been fueled in recent years by the South Asian-only farm leagues that have popped up," she said. "Those tournaments act as a kind of breeding ground, where many Indian versions of the "tiger mom" start their kids as young as 6 years old."

NPR's Elise Hu caught up with some past winners of the bee. Here's what she said:

"Former spellers tend to lead successful professional lives, says James Maguire, who tracked years of national spellers for his book, American Bee: The National Spelling Bee and the Culture of Word Nerds. 'Whatever the menu of things they're going to do, that skill of single-minded focus is going to help them. Not only can they do that — they can do it under pressure.'

"Maguire says almost all the former spelling bee kids wind up winning 'at life,' though not necessarily with careers working with words. More than half a dozen former champs from the past two decades excelled in math and science and went on to become physicians."

The Associated Press reports on Thursday's contest: "The eleven finalists advanced from a field of 281 contenders based on a combination of a performance onstage and their performance on a computerized spelling and vocabulary test."