Accessibility links
Arizona Mom Released From Mexican Jail : The Two-Way Yanira Maldonado of Goodyear, Ariz., was taken into custody last week after 12 pounds of marijuana were found under her seat on a bus in Mexico. Her case drew international attention. She was released late Thursday after a judge saw video of her boarding the bus without the drugs.

Yanira Maldonado expresses her thanks 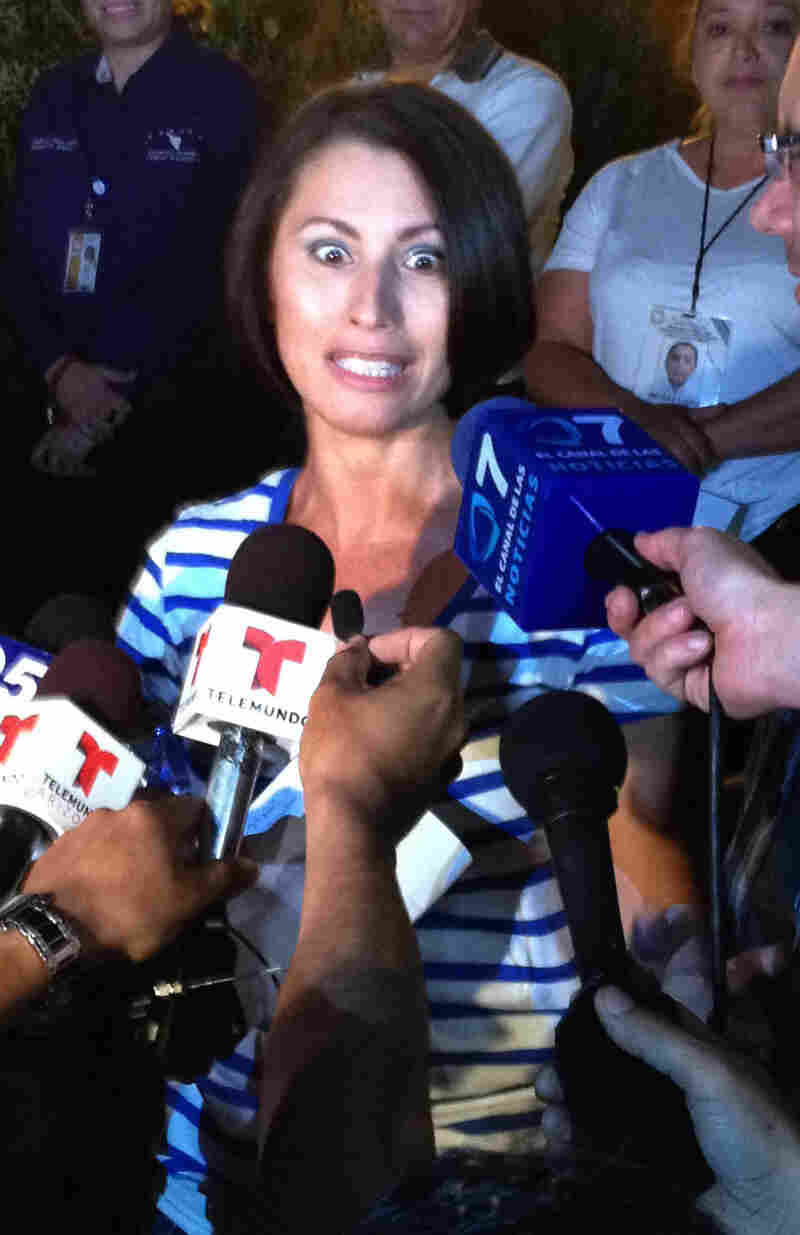 Yanira Maldonado talked to reporters late Thursday after her release from a prison on the outskirts of Nogales, Mexico. Cristina Silva/AP hide caption 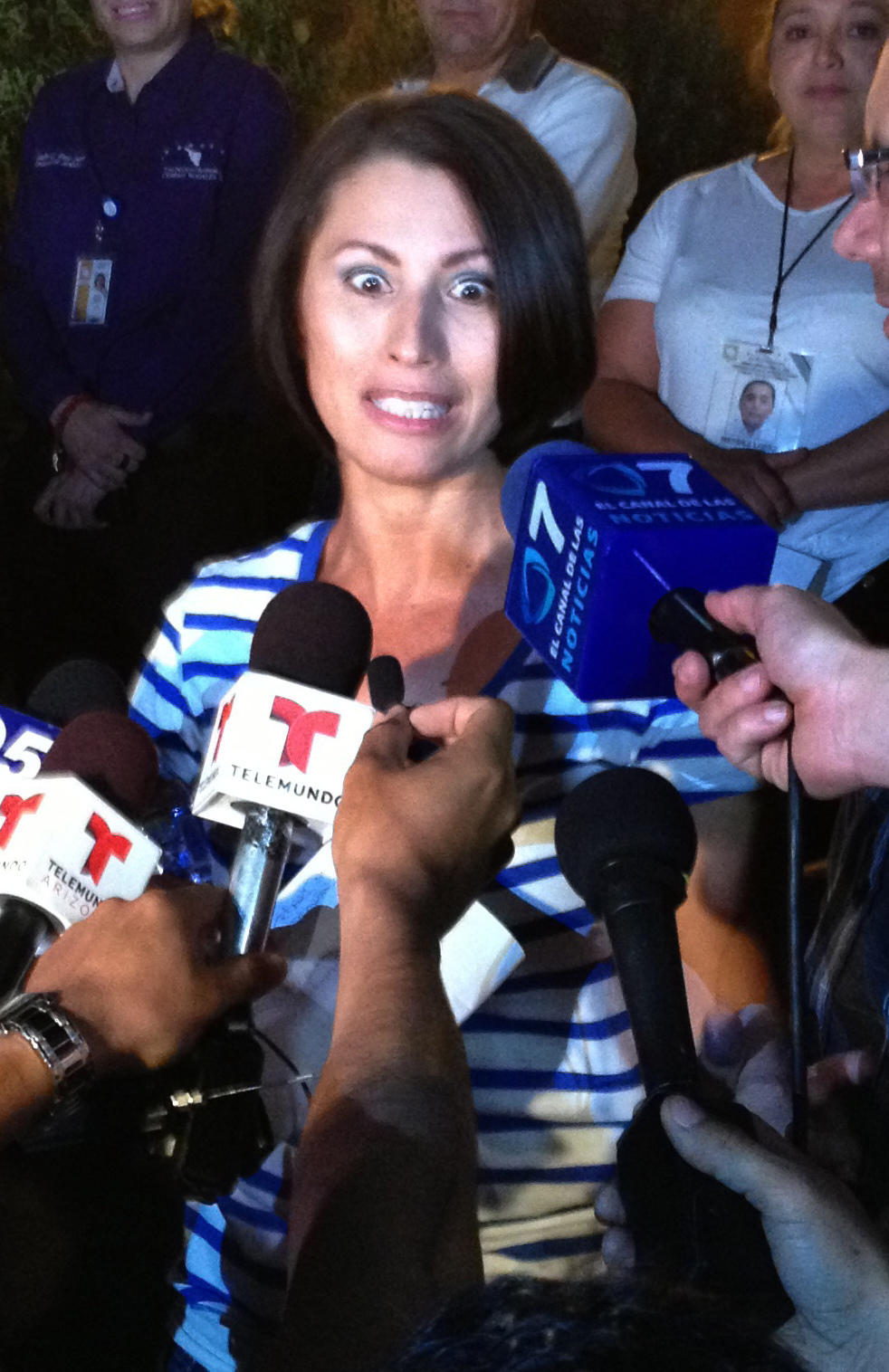 Yanira Maldonado talked to reporters late Thursday after her release from a prison on the outskirts of Nogales, Mexico.

This is our first, and possibly last, mention of a story that's been getting lots of play on cable news:

In case you haven't been following this story, here's how The Arizona Republic sums it up:

"A Mormon mother from Goodyear whose detention in a Mexico jail on suspicion of drug smuggling made international headlines, inspired a 'Free Yanira' hashtag on Twitter and won the attention of politicians on both sides of the border was freed by a judge late Thursday after spending nine days in jail.

"A small sedan carrying Yanira Maldonado and her family members could be seen crossing through the Nogales port of entry at 12:20 a.m. Friday morning. ...

"Her husband, Gary, said at a news conference earlier Thursday that the family was optimistic Maldonado, 42, would be released after surveillance video showed her boarding a bus in Mexico on her way back to Arizona carrying two blankets, two water bottles and her purse, but no drugs. She had been arrested after soldiers found drugs under her seat on the bus."

Authorities had said they found 12 pounds of marijuana under that bus seat.

According to the Republic, "the Maldonados have been married for a year and have seven children from previous marriages."

Yanira Maldonado expresses her thanks