Accessibility links
All Are OK After Small Plane Crashes Through Apartment Roof : The Two-Way When a single-engine plane apparently ran out of fuel, it nose-dived into an apartment building near Washington, D.C. Amazingly, both the pilot and passenger walked away. And, no one in the apartment was seriously injured. The plane just missed the bedrooms where people were sleeping.

All Are OK After Small Plane Crashes Through Apartment Roof

All Are OK After Small Plane Crashes Through Apartment Roof 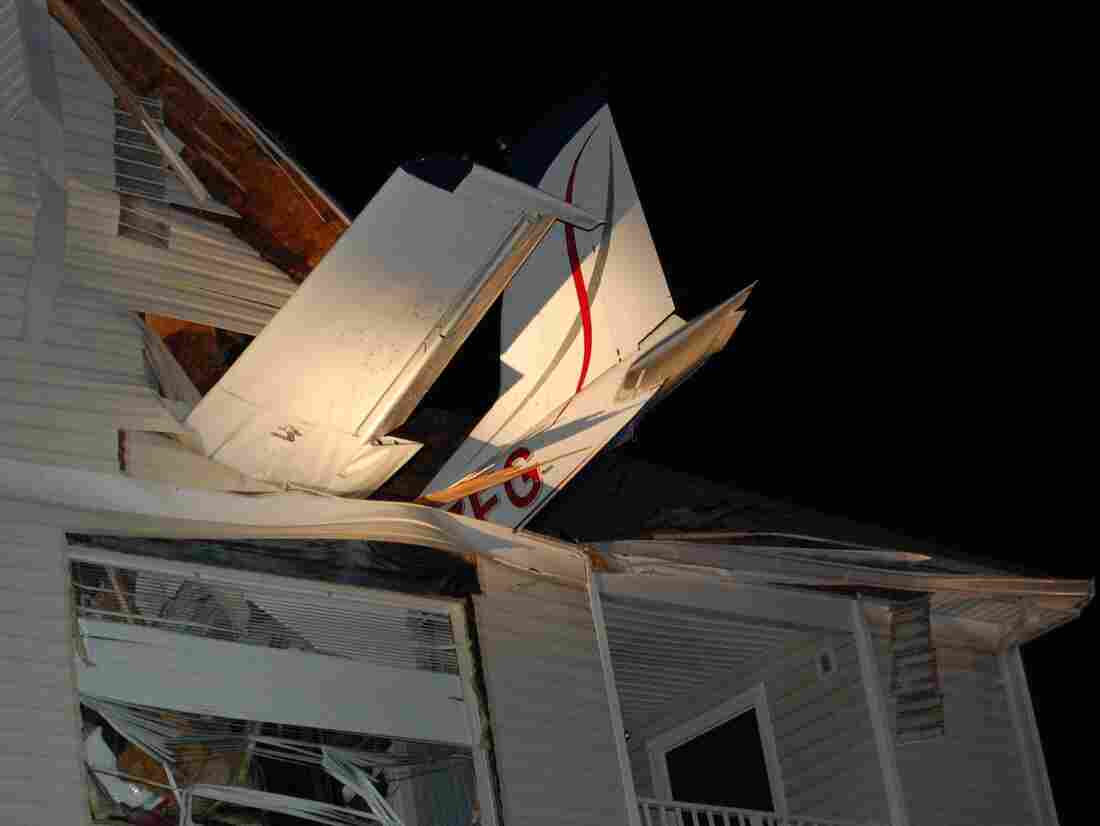 This photo from the Virginia State Police shows the tail of the small plane that crashed into the living room of an apartment in Herndon, Va., early Friday. AP hide caption 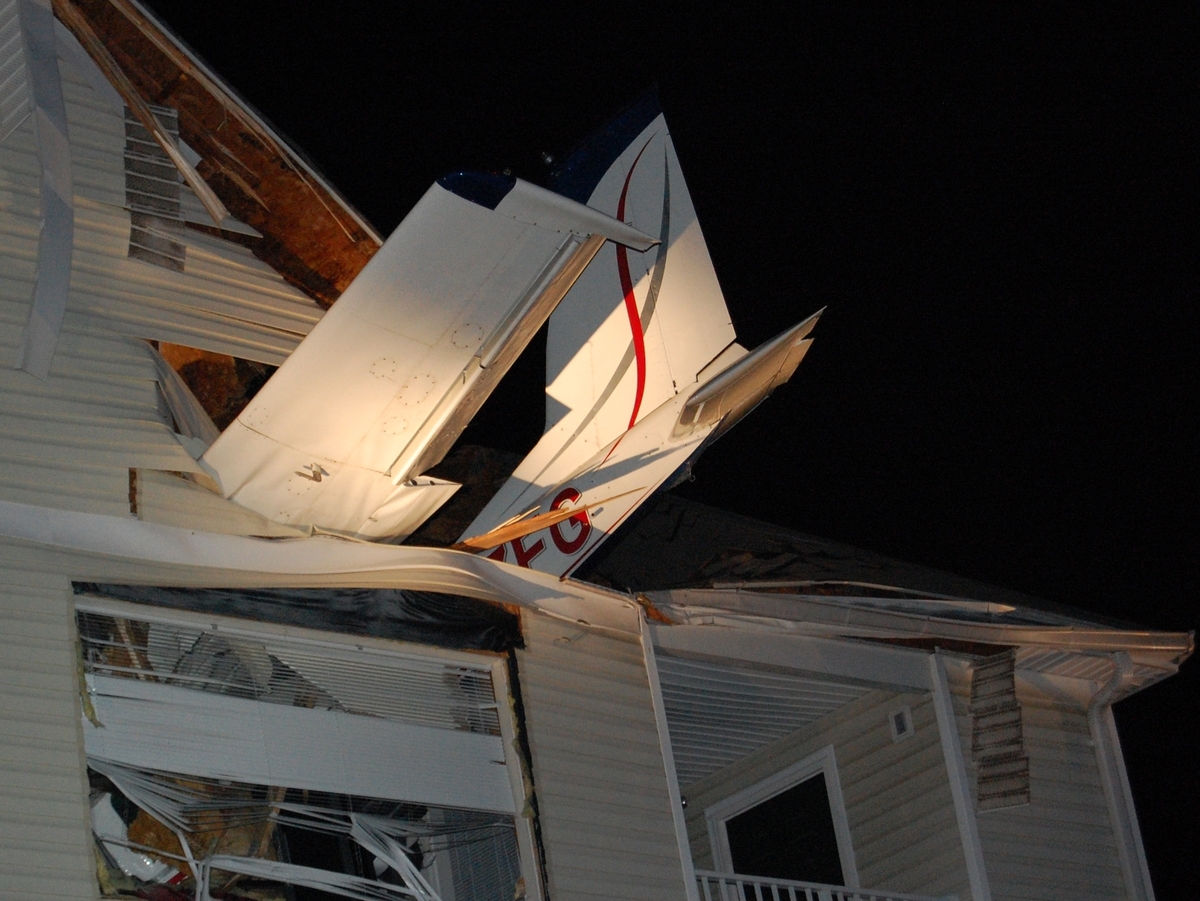 This photo from the Virginia State Police shows the tail of the small plane that crashed into the living room of an apartment in Herndon, Va., early Friday.

Amazingly, no one was seriously hurt early Friday morning when a small plane with two people aboard crashed through the roof of an apartment building in Herndon, Va., about 30 miles west of Washington, D.C.

According to WTOP radio, the single-engine Cessna 177B, which was headed to Manassas, Va., from Philadelphia, apparently ran out of fuel.

"Good thing it didn't have any (fuel) when it crashed into the living room because we'd probably have a totally different scenario right now," Capt. Willie F. Bailey with Fairfax County Fire and Rescue tells the station.

It's also lucky that the plane went nose-first into the apartment's living room. WTOP says that "bedrooms flank both sides" of that room. Two people in the apartment and the plane's passenger were being treated for injuries after the crash.

Incredibly, reporter Delia Goncalves of Washington's WUSA-TV reports that the father of two small children in the apartment says "they didn't [even] wake up."

Photos and video reports from the scene show how the plane's tail was sticking up through the roof. By around 7:30 a.m. ET, though, a crane had already lowered the aircraft to the ground.

WTOP's Kristi King took video of the plane's "last flight" as it was being removed from the roof in Herndon.

Update at 8:15 a.m. ET. No Serious Injuries In Another Crash:

From KIRO-TV in Seattle there's word that Thursday evening "a pilot crashed a Cessna 172 into an Eatonville [Wash.] yard, then the plane skidded into a house." In that case as well, the pilot and passenger suffered only minor injuries. There was no one in the house at the time.