Accessibility links
Is This Faint Line Below The Sea Amelia Earhart's Plane? : The Two-Way Researchers who are searching for the famed aviator's remains and the wreckage of her plane say sonar images taken last year show an anomaly that just might be Earhart's Lockheed Electra. Earhart and navigator Fred Noonan disappeared in the mid-Pacific in 1937.

Is This Faint Line Below The Sea Amelia Earhart's Plane?

Is This Faint Line Below The Sea Amelia Earhart's Plane? 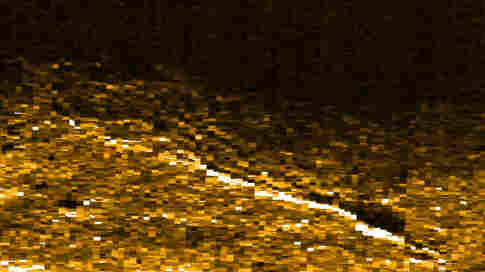 That line below the surface might be pieces of Amelia Earhart's plane, researchers say. TIGHAR hide caption

The group that's been searching for the remains of aviator Amelia Earhart and her long-lost plane has released what it calls "exciting ... frustrating ... maddening" evidence of where her Lockheed Electra might be.

A sonar image collected last year by The International Group for Historic Aircraft Recovery off a mid-Pacific island in the Republic of Kiribati shows an "anomaly" that might be pieces of the aircraft lying about 600 feet below the surface on an underwater cliff, TIGHAR reports. 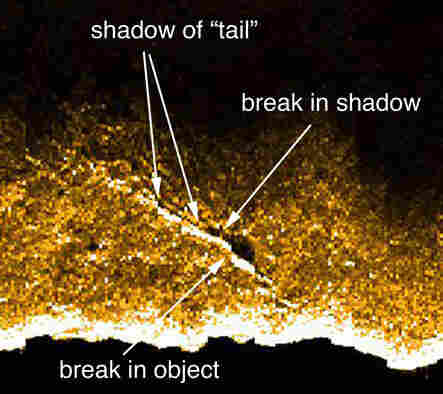 In this photo illustration, researchers have added pointers to what they say might be places where Earhart's plane broke up as it settled on an underwater cliff. TIGHAR hide caption 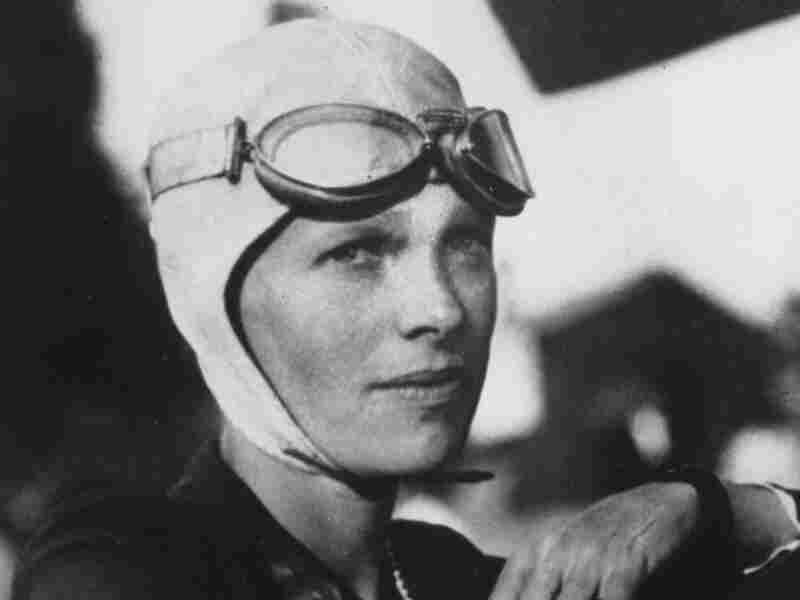 Amelia Earhart. She was the first woman to fly solo across the Atlantic Ocean. AP hide caption 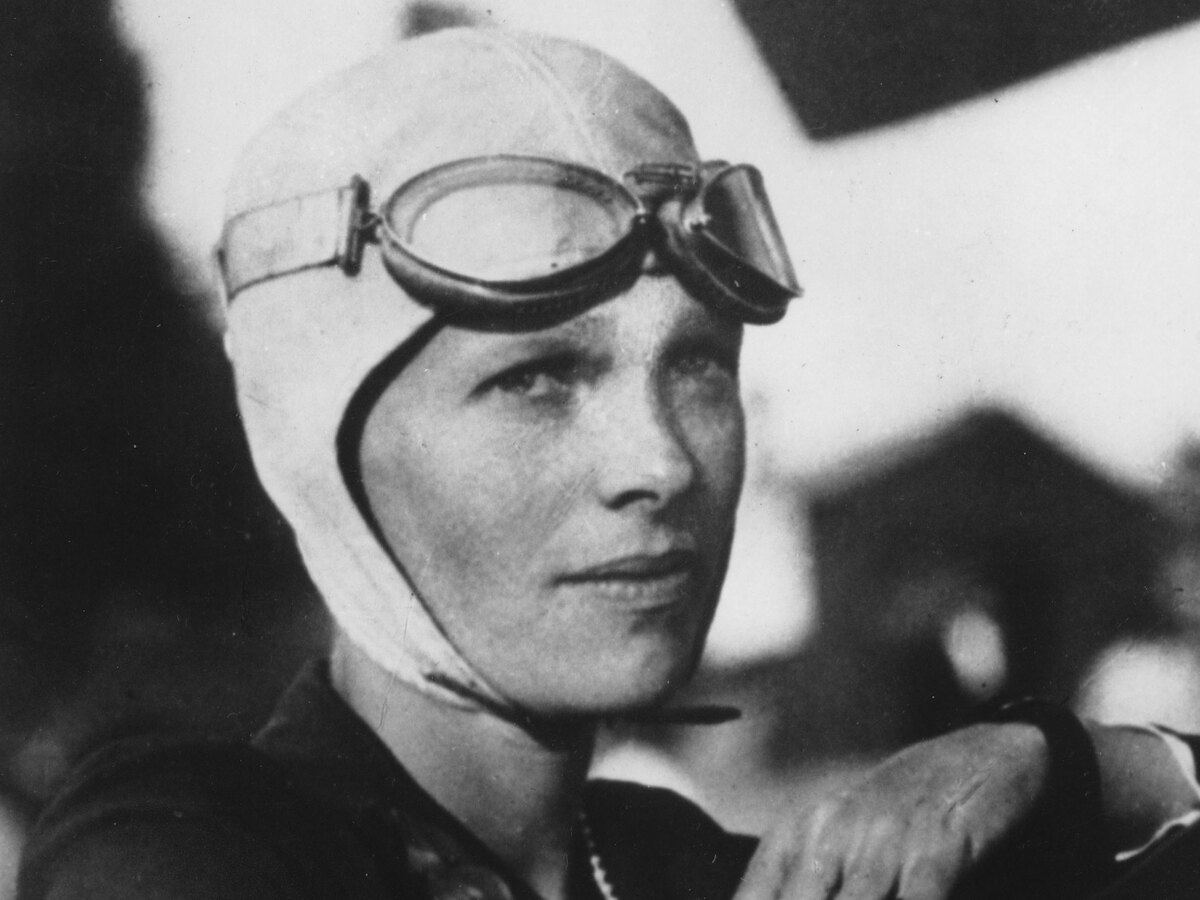 Amelia Earhart. She was the first woman to fly solo across the Atlantic Ocean.

The anomaly looks like a line or scar in what otherwise is a fairly smooth area.

"Maybe the anomaly is a coral feature that just happens to give a sonar return unlike any other coral feature on the entire reef slope. Maybe it's a sunken fishing boat that isn't mentioned in any of the historical literature. Maybe it's the boat nobody knows about that that brought the castaway nobody missed who died at the Seven Site."

But, the researchers add, "maybe it's [also] pure coincidence that it's the right size and shape to be the Electra wreckage — the Electra that so much other evidence suggests should be in that location."

As we've written before:

Earhart — the first woman to fly solo across the Atlantic Ocean (in 1932) — disappeared in the mid-Pacific in July 1937, when she and navigator Fred Noonan were attempting to fly around the world.

Last year, TIGHAR Executive Director Richard Gillespie and his team went to Nikumaroro Island in the Republic of Kirbati to see whether they could find any evidence of Earhart's plane near the spot where a photo taken in 1937 showed something sticking up from the water. That's when they took the sonar images they've now had time to analyze.

Bone fragments found on the island earlier don't contain enough genetic material to determine whether they might be either Earhart's or Noonan's remains.

TIGHAR's next steps: more analysis of its sonar images and another trip to Nikumaroro, once the group raises enough money.

All Things Considered spoke with Gillespie in March 2012 about his group's work.