Accessibility links
No Smoking Outside Starbucks Shops Starting Saturday : The Two-Way The coffee chain says it will enforce its no-smoking rule at its outdoor seating areas and within 25 feet of store entrances. So, no coffee and a smoke for those who enjoy them together. Have smoking bans gone too far or not far enough? 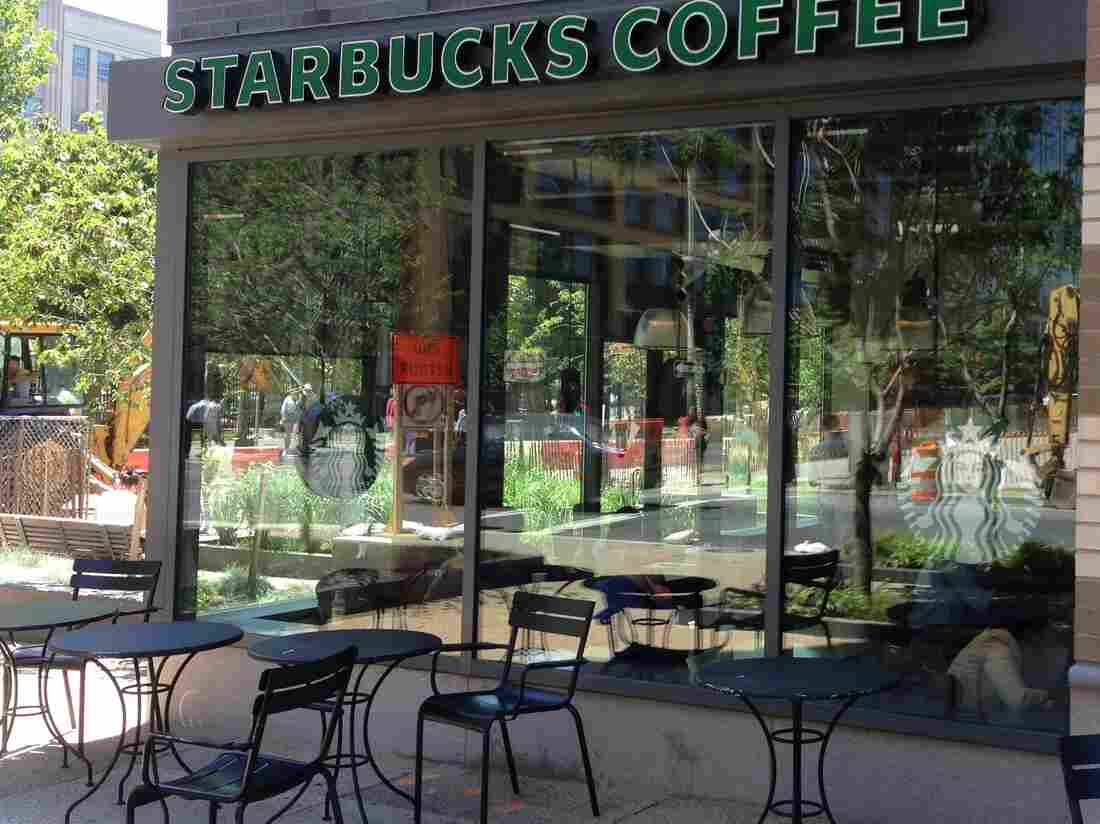 Don't sit down here and have a smoke with your coffee, Starbucks says. Mark Memmott/NPR hide caption 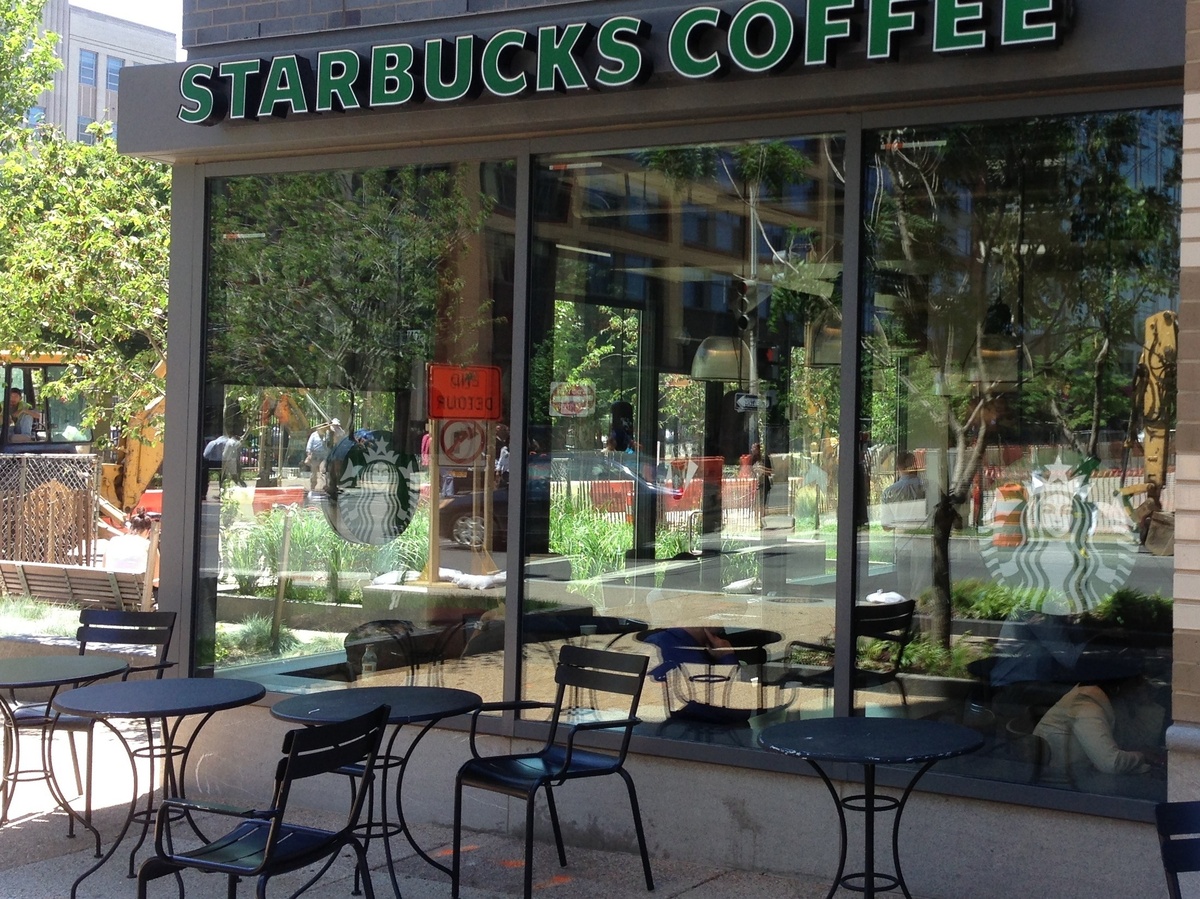 Don't sit down here and have a smoke with your coffee, Starbucks says.

Starting Saturday, according to signs posted in its more than 7,000 shops across the U.S. and Canada, "the no-smoking policy ... will include outdoor areas."

"Smoking will be restricted within 25 feet of the store and within outdoor seating areas," the notices read.

AdWeek says that "since smoking bans have swept the nation in the last decade, it's doubtful there will be a huge backlash for the brand. In fact, there's been an online movement from Starbucks consumers calling for the newly revealed policy since at least 2009."

WJXT-TV in Jacksonville, Fla., which appears to have been first to notice the new policy, spoke to some customers at a Starbucks. It found split opinions:

"Meredith Robinson can't wait. The non-smoker said the new rule allows her to enjoy the patio, too. 'It makes for a better environment because a lot of people go to Starbucks and drink their coffee, too, especially on a pretty day like this,' said Robinson.

"Long-time smoker Charli Dirani believes Starbucks will lose business under the policy by kicking people, like him, to their curb or even farther away. 'I think for them to stop that is a conflict between the two,' said Dirani. "Everybody knows coffee and cigarettes go hand-in-hand.' "

The news has the advocacy group Moms Demand Action for Gun Sense In America calling on Starbucks to also ban loaded guns from inside its stores.