Accessibility links
On Second Day, Anti-Government Protests Swell In Turkey : The Two-Way The protests began small, over a government effort to build a shopping mall in a park in Istanbul, but after a violent crackdown on demonstrators, the protests have become some of the largest anti-government protests in recent memory. 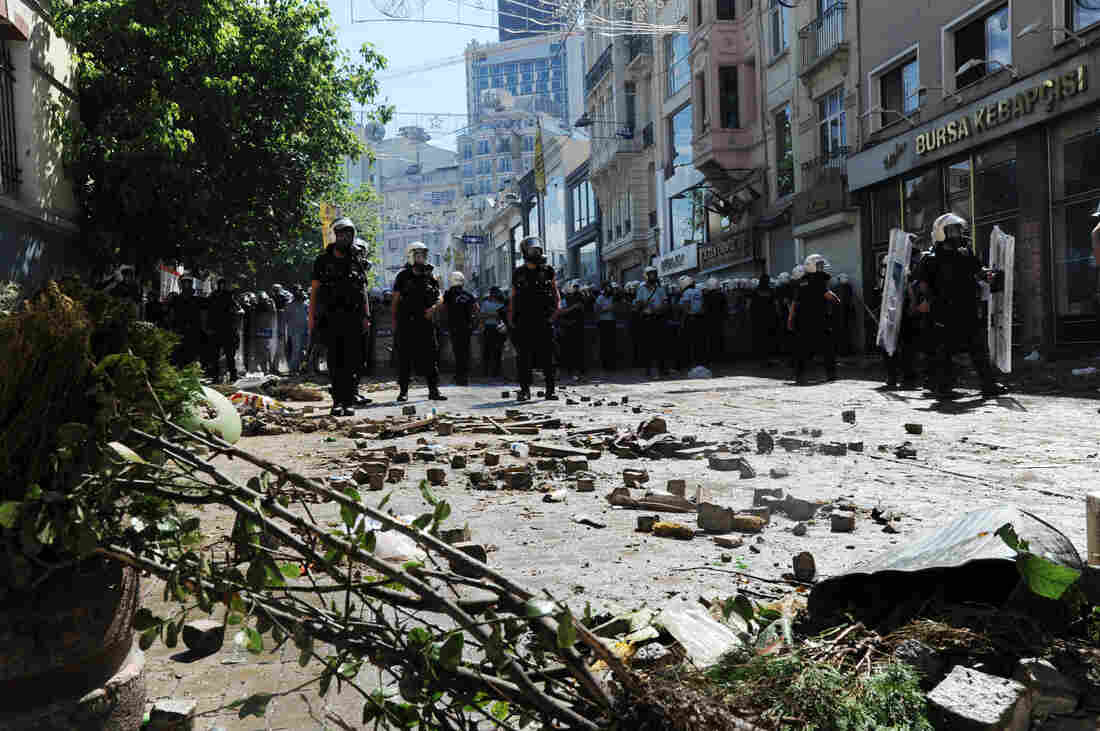 Turkish protestors and riot policemen clash on Saturday, during a protest against the demolition of Taksim Gezi Park, in Taksim Square in Istanbul. Bulent Kilic/AFP/Getty Images hide caption 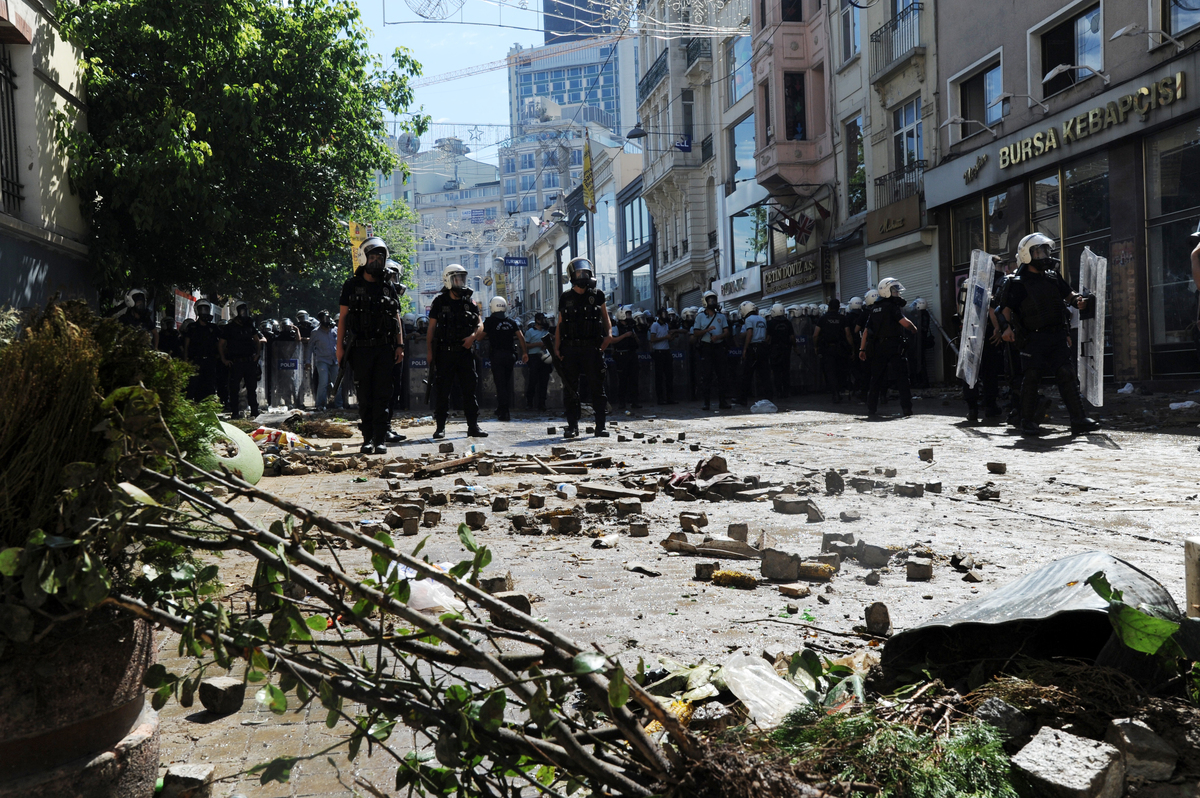 Turkish protestors and riot policemen clash on Saturday, during a protest against the demolition of Taksim Gezi Park, in Taksim Square in Istanbul.

What started as a small protest against the redevelopment of a park in Istanbul, Turkey, has spread to other cities and turned into one of the largest government protests in recent memory. While numbers are hard to come by, Al Jazeera reports that about 10,000 people gathered in Ankara chanting "government resign" and "unite against fascism."

NPR's Peter Kenyon reports from Istanbul that the government is refusing to halt the development project that sparked the demonstrations. Peter sent this report to our Newscast unit:

"Analysts say the heavy-handed crackdown which has left at least dozens wounded could damage Turkey's efforts to promote itself as a world tourist destination. Turkey is also in the running to host the 2020 olympic games."

The New York Times reports that Erdogan asked protesters to take their issues to the ballot box.

"Every four years we hold elections and this nation makes its choice," he said in a televised speech. "Those who have a problem with government's policies can express their opinions within the framework of law and democracy."

The AP has this update:

"Turkish police began to retreat from a main Istanbul square Saturday, taking away barricades and allowing in tens of thousands of protesters in an apparent move to end tensions from two days of anti-government protests."