Accessibility links
Cardboard Bike Creator May Soon Start Peddling His Product : The Two-Way Israeli inventor Izhar Gafni's creation became an Internet sensation last year. Now he and a business partner are launching a Kickstarter campaign that promises "limited and exclusive access" to those interested in getting their hands on one of the bikes. 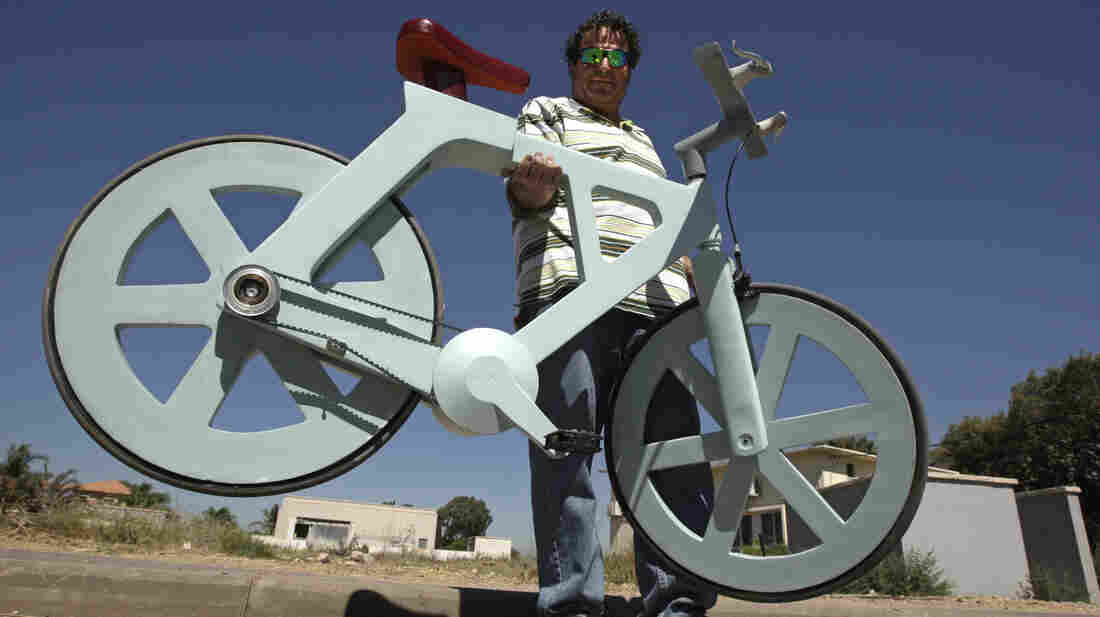 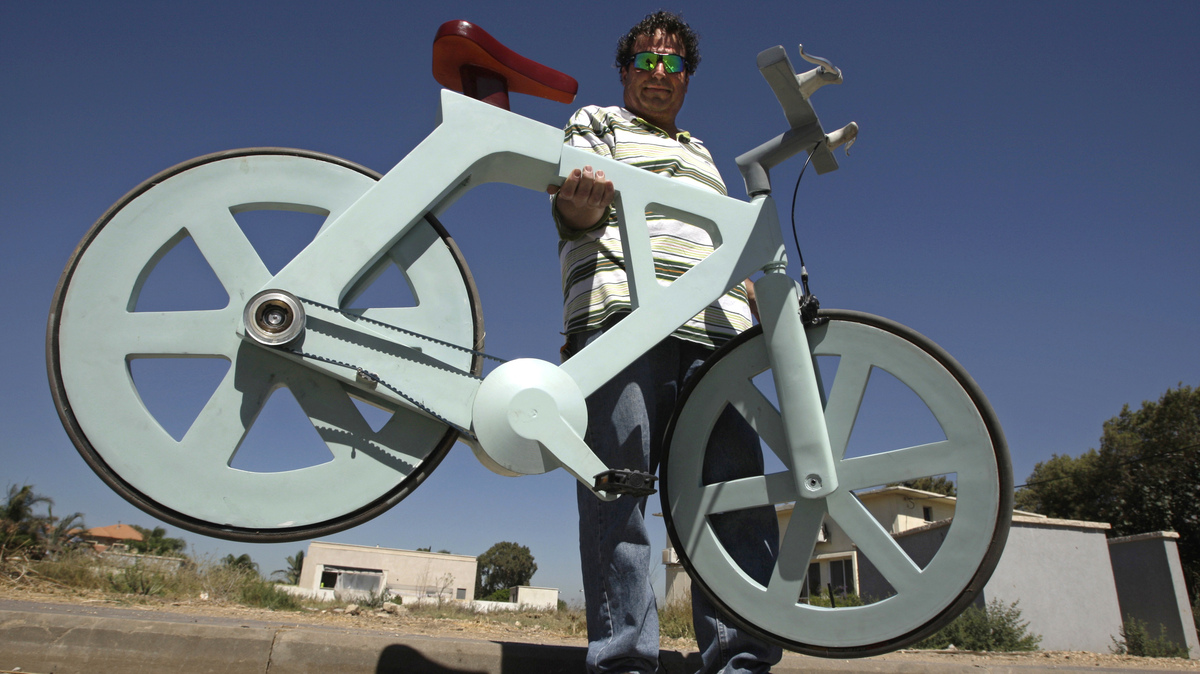 After capturing the imagination of people around the world last year with video of a bicycle made almost entirely out of cardboard, Israeli inventor Izhar Gafni is now hoping to capture money from folks who would like to own one.

Cardboard Technologies is launching a Kickstarter campaign that offers "limited and exclusive access" to those interested in getting one of the bikes.

"When news of his cardboard creation went viral last year, Gafni said the finished bike would retail for $20. There's no details on the company website on costs, but it's likely to be far in excess of $20 per bicycle. However, costs could be brought down through on-bike advertising, claims Gafni's business partner, Israeli entrepreneur Nimrod Elmish."

As Bill Chappell posted for us last December, there's also a cardboard helmet in the works for bike riders.