Accessibility links
Boy Scouts March In Uniform At Utah Gay Pride Parade : The Two-Way Although the local Scout council said they should not wear their uniforms, some of the scouts did. In May, the national Scout council voted to allow openly gay boys to become members. 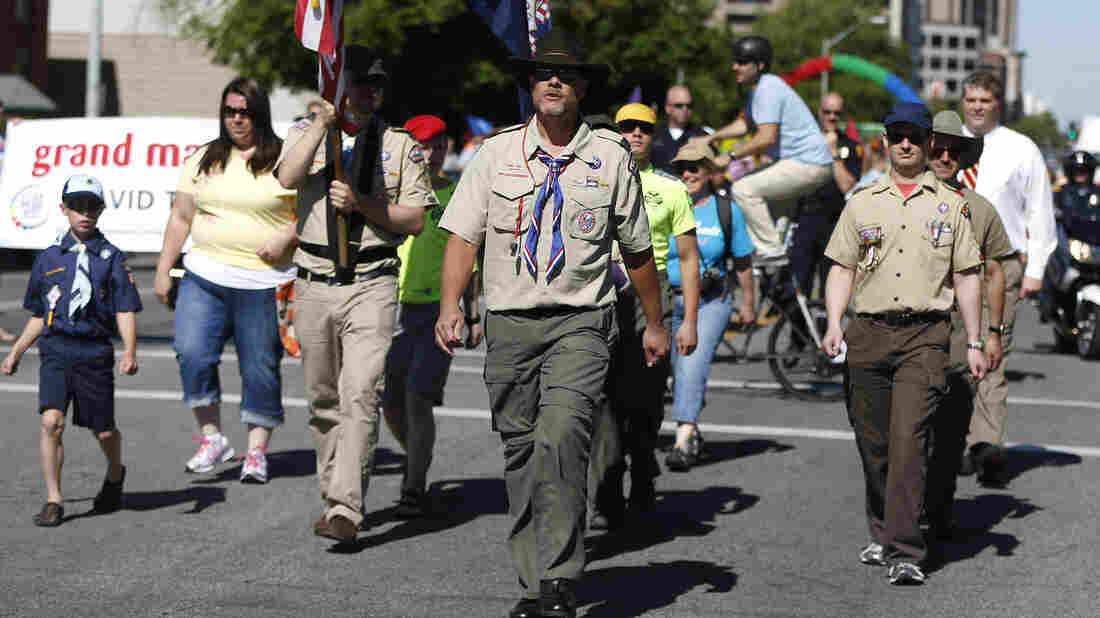 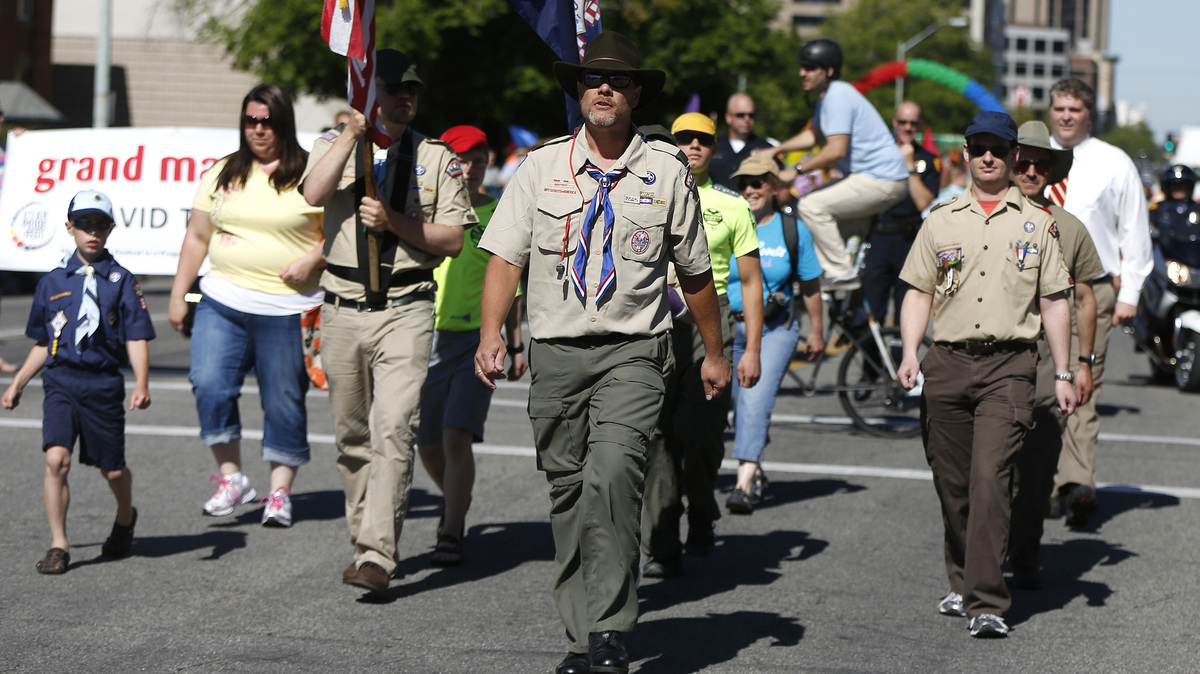 Members of the Boys Scouts of America and some of their families marched Sunday in Salt Lake City's Utah Pride parade.

Ten days after their national organization voted to allow openly gay boys to be members, a handful of Boy Scouts marched in uniform on Sunday at the Utah Pride Parade in Salt Lake City.

NBC News notes that the group was "defying a leader of the youth organization who had said they couldn't do so under the organization's guidelines [that prohibit] advocating political or social positions."

"Peter Brownstein, a Scoutmaster in Salt Lake City who helped organize the Boy Scouts participation in the march, said a few adults and youth marched at the front of the parade in uniform, including a Cub Scout, a Boy Scout and his stepdad, an Eagle Scout, who borrowed a uniform to wear, and an Asst. Scoutmaster."

Brownstein chose not to wear his uniform, but he did march. The Salt Lake Tribune reports that "Neil Whitaker of Salt Lake City wore his Scout uniform, while his son, Kobe McDonald, carried the Utah flag. 'It's about having an inclusive society,' Whitaker said."