Accessibility links
Turkey's Deputy Prime Minister Apologizes To Protesters : The Two-Way Bulent Arinc said the use of excessive force against peaceful protesters was "wrong." But he said his government would not apologize to those who "create destruction." 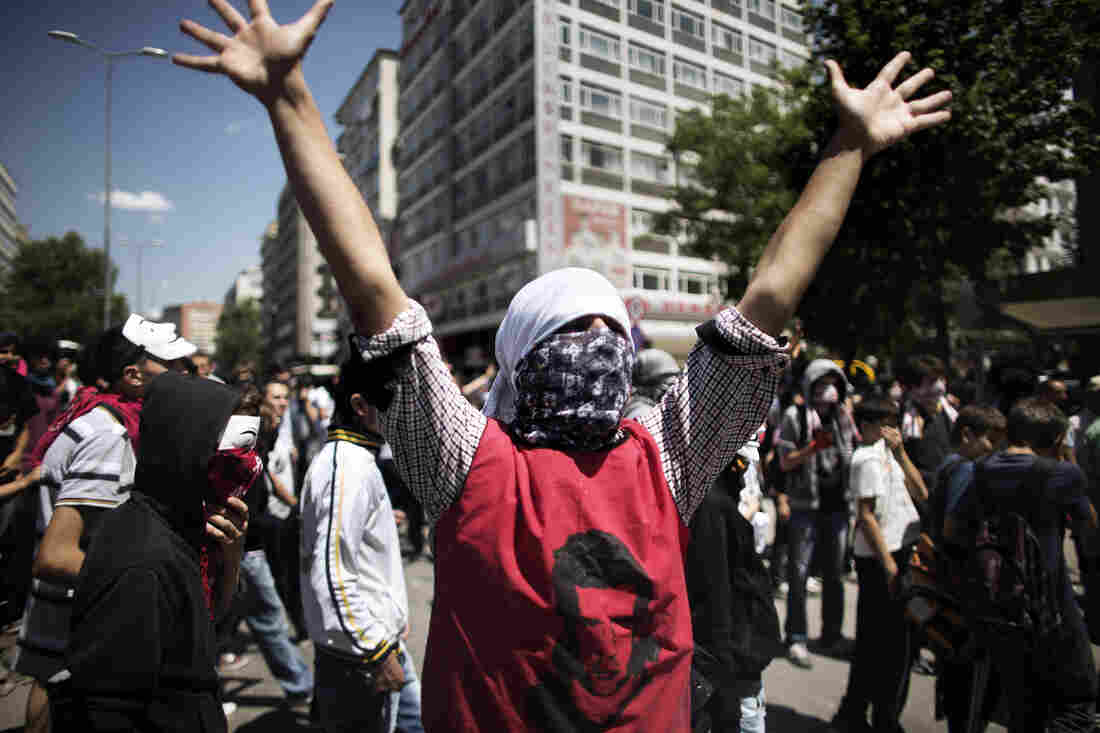 A Turkish demonstrator raises his hands during a protest held in front of the Prime Minister's office in central Ankara on Tuesday. Marco Longari /AFP/Getty Images hide caption 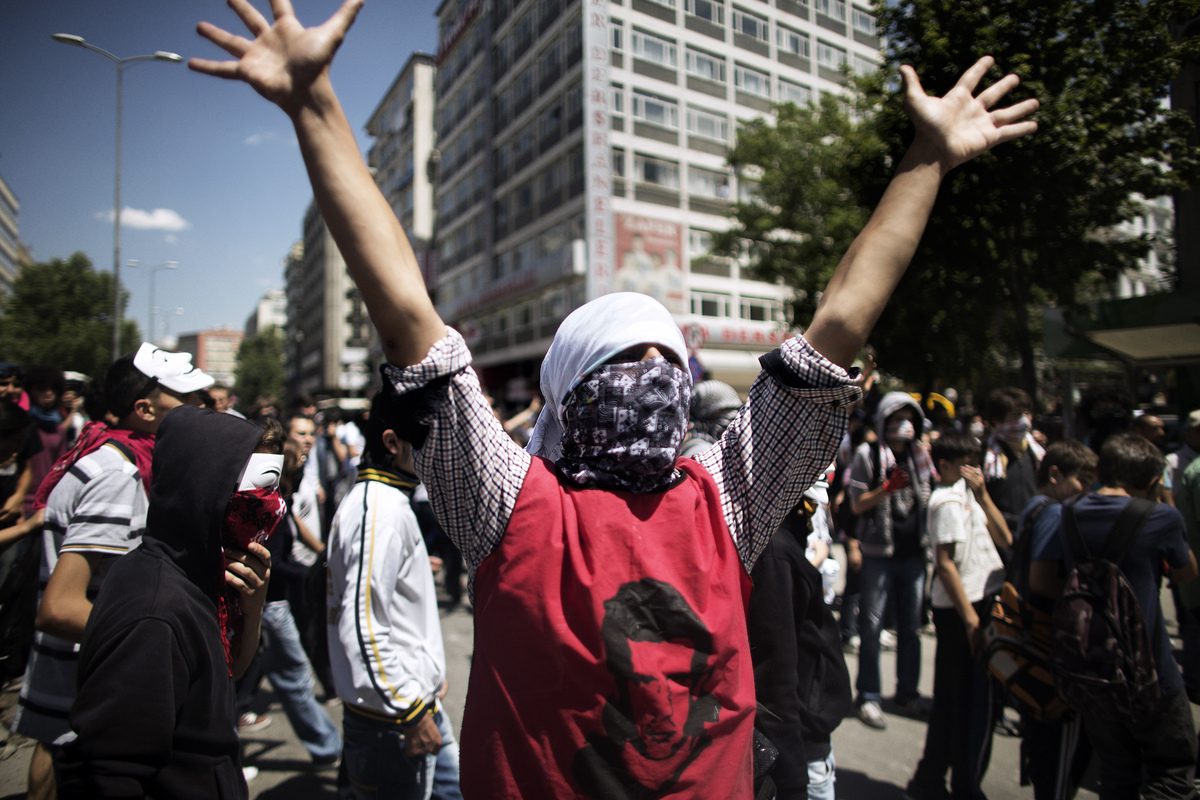 A Turkish demonstrator raises his hands during a protest held in front of the Prime Minister's office in central Ankara on Tuesday.

"The use of excessive force shown against the people who initially started this protest with the motive of protecting the environment was wrong," Bulent Arinc said in a press conference. "And it was unfair. So I apologize to those citizens."

As we've been reporting, what started as a small, peaceful protest against the proposed redevelopment of Taksim Gezi Park in Istanbul, has turned into widespread and violent anti-government protests.

Arinc seemed to be walking back the government's initial position. When protesters first clashed with police, Prime Minister Recep Tayyip Erdogan responded by saying, "If you bring 100,000, I'll bring out a million."

The BBC, however, points out that Arinc did couch his statement. He went on to say:

"I do not think we need to apologise to those who create destruction of public property in the streets and who try to prevent the freedom of the people in the streets."

Meanwhile, protests continued throughout the country. NPR's Peter Kenyon reports from Istanbul that one protester was shot during a rally in Antakya, not far from the Syrian border. He sent this report for our Newscast unit:

"Turkish media report the man died of his wounds.

"As the anti-government protests continue in several turkish cities, a left-wing public sector trade union called for a two day strike to protest what it called a 'state terror implemented against peaceful protesters.'

"Speaking in Morocco, Erdogan predicted that calm would return to Turkey by the time his four-day Africa trip is over.