Accessibility links
Spy Agency's Collection Of Phone Records Reopens Controversy : The Two-Way A court order has allowed the National Security Agency to collect data on millions of Verizon customers' phone calls. Some lawmakers and privacy advocates have expressed concern about government overreach. The White House is defending the practice.

From 'Morning Edition': NPR's Dina Temple-Raston on the collection of phone records 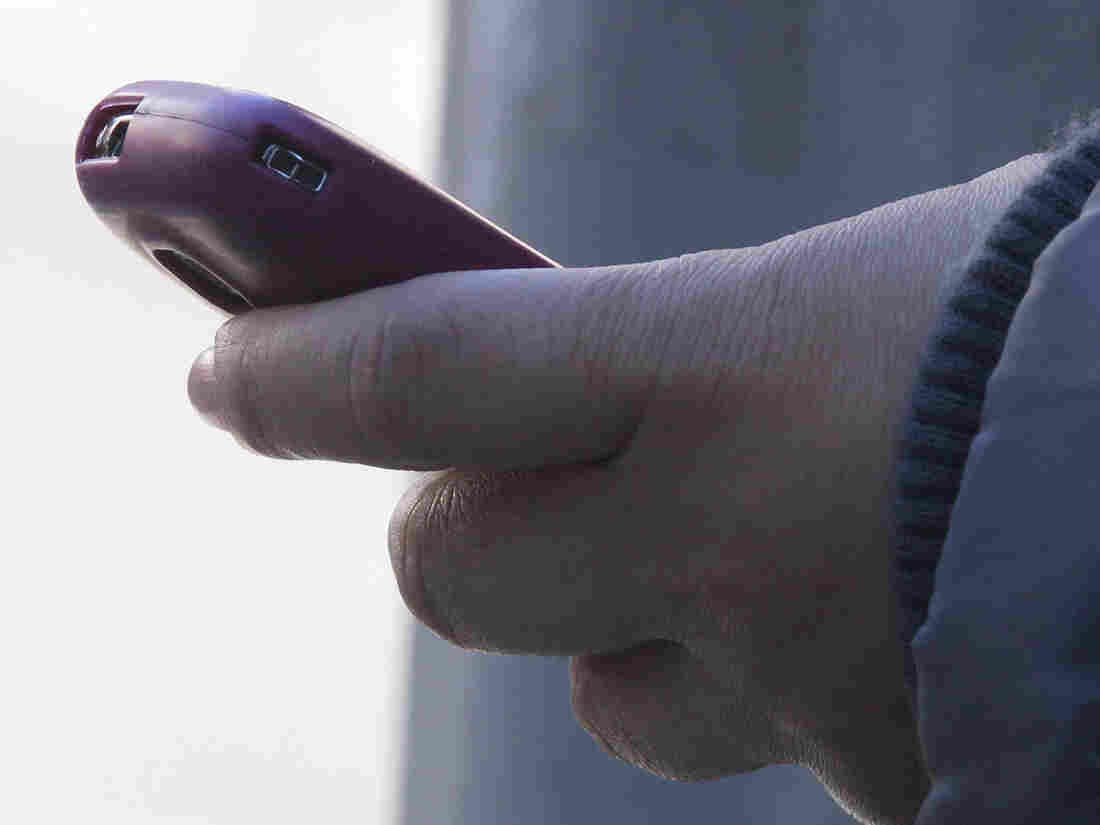 Your call may be monitored: The NSA has been given the OK to collect data about millions of Americans' phone calls (though not about the conversations). Glen Argov /Landov hide caption 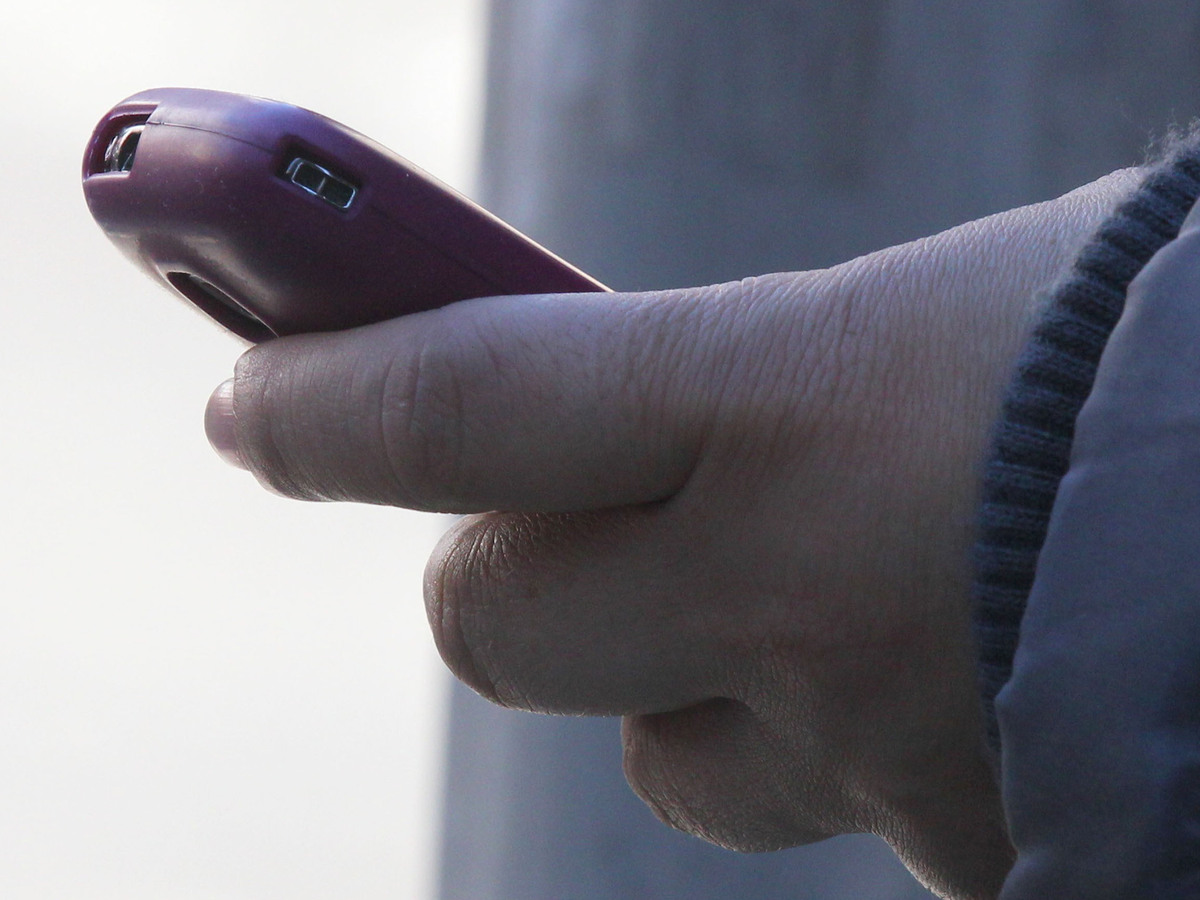 Your call may be monitored: The NSA has been given the OK to collect data about millions of Americans' phone calls (though not about the conversations).

The controversial broadening of the Foreign Intelligence Surveillance Court's powers after the Sept. 11, 2001, terrorist attacks is under renewed focus after Wednesday's report that the panel has given the National Security Agency the authority to collect millions of Verizon customers' telephone records.

On Morning Edition, NPR's Dina Temple-Raston discussed how "after 9/11, the FISA court's purview was broadened." The court was then given the power to issue secret orders that grant NSA the authority to demand that phone companies hand over "any tangible thing relevant to foreign intelligence or a terrorism investigation," she said.

From 'Morning Edition': NPR's Dina Temple-Raston on the collection of phone records

Until now, it was thought that such orders had almost always been tied to the collection of phone records related to a specific person or target. But Dina says the order uncovered Wednesday (first by The Guardian) has given the NSA "blanket authority to pick up telephone and data business records either in the U.S. between two U.S. numbers or between a U.S. and a foreign [number]."

As we reported late Wednesday, the order, granted on April 25, gives the government the power to obtain the information for a three-month period that ends July 19. The NSA collects the data for the FBI. It is not known if similar orders have been issued that allow the collection of such data from other phone companies.

The NSA and FBI are not getting information about the content of conversations. But they are collecting data such as phone numbers, the location of calls, their duration and other key information.

Dina noted that Democratic Sens. Ron Wyden of Oregon and Mark Udall of Colorado have previously expressed concern about a "secret interpretation of the Patriot Act that would stun the American people." It's possible, she said, that the senators were referring to the broader authority to collect information about Americans.

As for why law enforcement officials want to know so much, Dina reported that her law enforcement sources would not offer specifics. April 25 was six days after the two suspects in the Boston Marathon bombings engaged in a gun battle with police — one was killed and the other was later captured. Her sources would not confirm that there's a connection, Dina said, but "didn't steer us away from that ... [and] said the timing probably isn't coincidental." At that time, investigators were trying to trace the suspects' cellphone and Internet activity.

Obama administration officials so far have declined to speak on the record about the information collection. Off-the-record, as The Associated Press reports, the Obama administration "on Thursday defended the National Security Agency's need to collect telephone records of U.S. citizens, calling such information 'a critical tool in protecting the nation from terrorist threats.' While defending the practice, a senior Obama administration official did not confirm the newspaper report that the NSA has been collecting the telephone records of millions of U.S. customers of Verizon under a top secret court order."

That official, in a statement also relayed to NPR, added that "activities authorized under the [Foreign Intelligence Surveillance] Act are subject to strict controls and procedures under oversight of the Department of Justice, the Office of the Director of National Intelligence and the FISA Court, to ensure that they comply with the Constitution and laws of the United States and appropriately protect privacy and civil liberties."

The news about the collection of phone records comes as the Obama administration is also under fire because:

-- The Justice Department has pursued the phone records of Fox News and AP reporters during leak investigations.

So, watch for critics to say this is another example of government overreach and invasion of privacy.

The Post adds that, "pressed for more details, Rogers said his committee is 'working on trying to get this declassified in a way that we can provide more information. We're not there yet. But it was a significant case that happened within the last few years.' "

-- "The chairwoman of the Senate Intelligence committee says the top secret court order for telephone records of millions of U.S. customers of Verizon is a three-month renewal of an ongoing practice," The Associated Press reports. According to the wire service, "Democratic Sen. Dianne Feinstein of California spoke to reporters at a Capitol Hill news conference on Thursday. ... Other lawmakers have said previously that the practice is legal under the Patriot Act although civil libertarians have complained about U.S. snooping on American citizens."

-- Verizon released an e-mail it sent to employee that says:

"We have no comment on the accuracy of The Guardian newspaper story or the documents referenced, but a few items in these stories are important. The alleged court order that The Guardian published on its website contains language that:

-- "forbids Verizon from revealing the order's existence; and

-- "excludes from production the 'content of any communication . . . or the name, address, or financial information of a subscriber or customer.'

"Verizon continually takes steps to safeguard its customers' privacy. Nevertheless, the law authorizes the federal courts to order a company to provide information in certain circumstances, and if Verizon were to receive such an order, we would be required to comply."

-- The Justice Department gave reporters a letter it sent to Sen. Wyden in 2011 in which it explains why "we do not believe the Executive Branch is operating pursuant to 'secret law' or 'secret opinions of the Department of Justice.' Rather, the Intelligence Community is conducting court-authorized intelligence activities pursuant to a public statute, with the knowledge and oversight of Congress and the Intelligence Committees of both Houses."