Accessibility links
Judge Gives Girl Who Needs New Lungs A 'Fighting Chance' : The Two-Way Doctors say 10-year-old Sarah Murnaghan has only weeks to live if she doesn't get new lungs. Federal rules give priority to older patients. A judge has ordered that the rules be temporarily suspended, moving her up the waiting list. 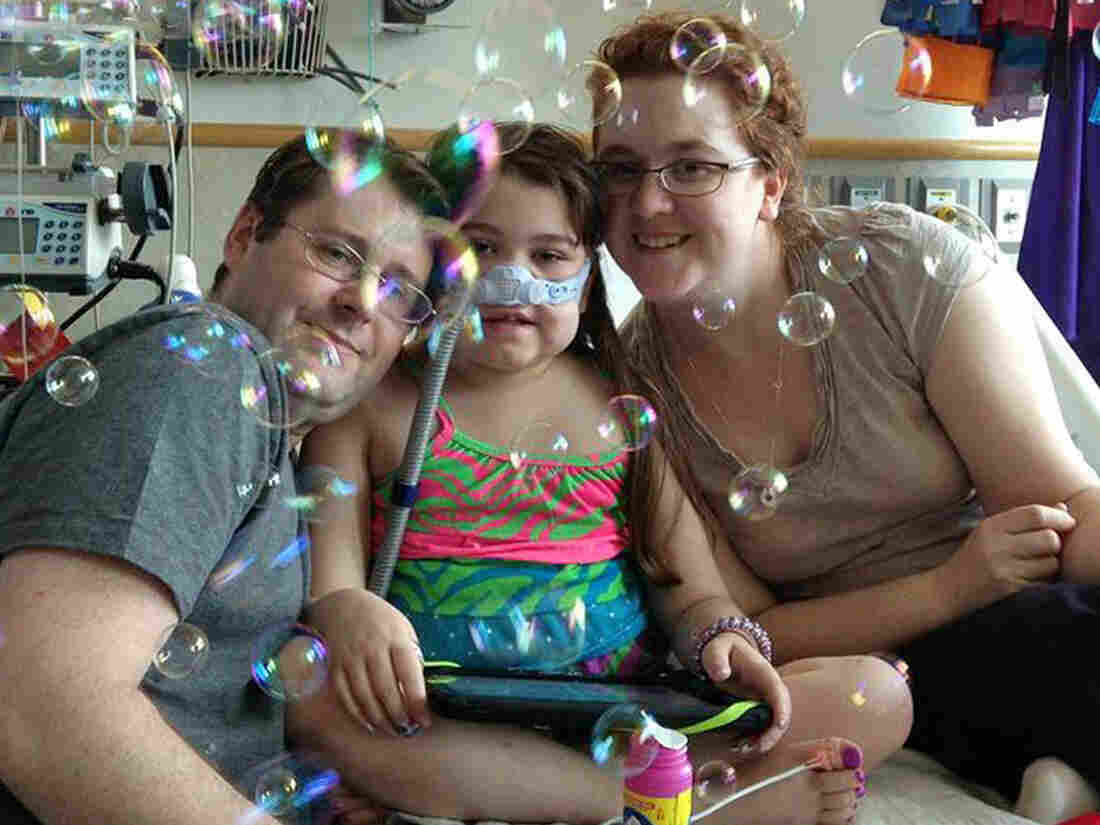 Sarah Murnaghan, center, on May 30 as she and her parents marked the 100th day of her stay in Children's Hospital of Philadelphia. Her father, Fran, is at left. Her mother, Janet, is at right. Murnaghan family/AP hide caption 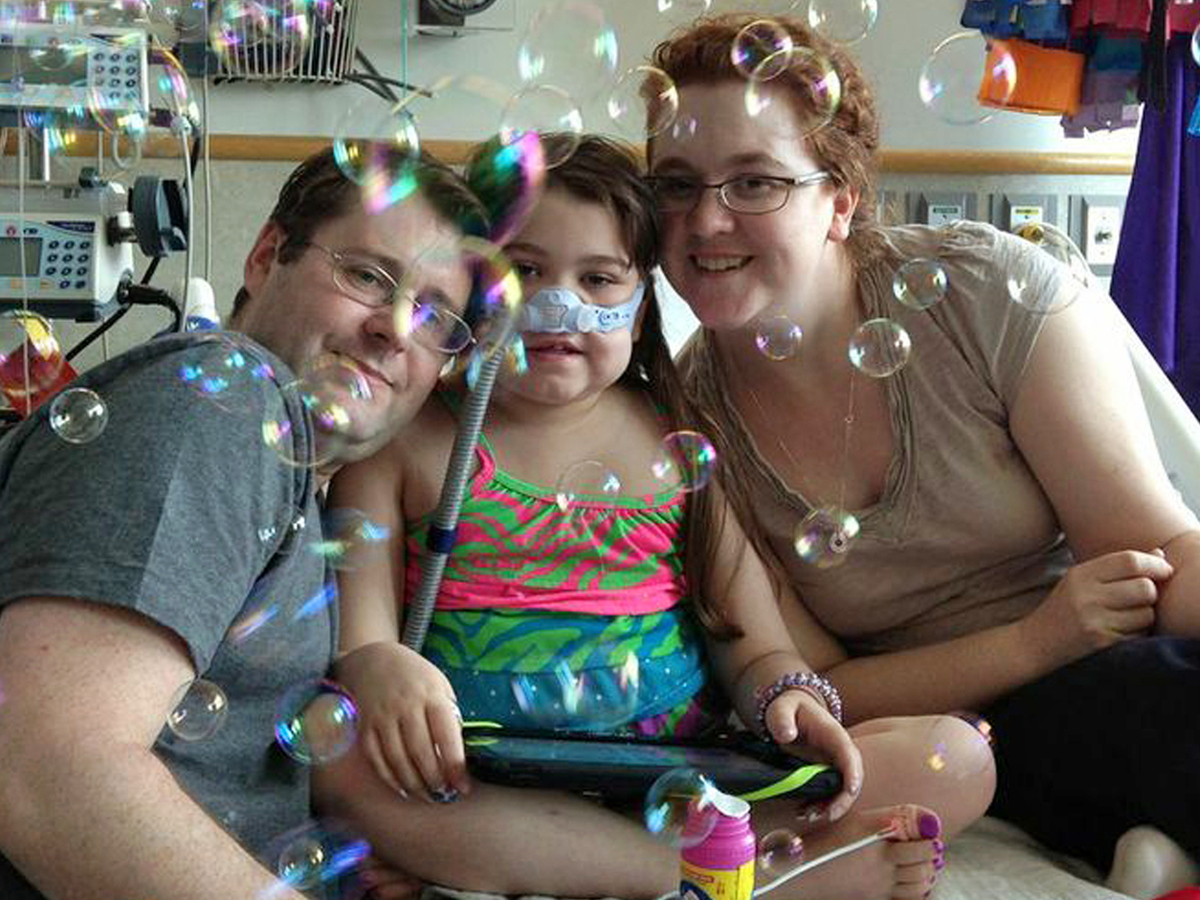 Sarah Murnaghan, center, on May 30 as she and her parents marked the 100th day of her stay in Children's Hospital of Philadelphia. Her father, Fran, is at left. Her mother, Janet, is at right.

A federal judge's ruling that moves 10-year-old Sarah Murnaghan up the waiting list for a lung transplant means the little girl now has a "fighting chance at life," says Rep. Patrick Meehan, R-Pa.

Meehan was one of several lawmakers who had been pushing to have the Health and Human Services Department relax the rules that give priority to patients age 12 and older.

But The Associated Press notes that while Wednesday's ruling temporarily allows Sarah to move up the list, that does not mean she is out of danger.

"We are beyond thrilled," Janet Murnaghan, the girl's mother, told the AP Wednesday. But, she added, "obviously we still need a match."

Sarah, The Philadephia Inquirer writes, "has cystic fibrosis and only weeks to live, according to her parents. She has been on the waiting list for children's lungs for 18 months and in Children's Hospital of Philadelphia since February. The order does not mean that Sarah will be next in line for adult lungs; rather, she will be offered lungs before wait-listed adults whose need is less dire."

According to Politico, "U.S. District Judge Michael Baylson wrote in a temporary restraining order that by refusing to set aside the existing rule for children, Sebelius had failed 'to protect the very few children nationally who are subject to it.' He added that the evidence showed that the rule 'discriminates against children and serves no purpose, is arbitrary, capricious and an abuse of discretion.' "

Baylson's temporary order extends to at least June 14, when he's scheduled to hold another hearing on the case.

Sarah's story has gotten attention across the nation, thanks to extensive coverage on the cable news networks. Her family's appeals for help touched many hearts. As the Inquirer wrote earlier this week:

"Relatives of a 10-year-old girl who they say has been denied a life-saving lung transplant because of her age are appealing to the public in hopes of finding a donor to save their child.

" 'There's unfortunately no options left,' said Sharon Ruddock, the aunt of Sarah Murnaghan, who has end-stage cystic fibrosis and has been unable to leave Children's Hospital of Philadelphia for three months, needing a ventilator to breathe."

The AP adds that "lung transplants are the most difficult of organ transplants, and children fare worse than adults, which is one reason for the existing [age] policy, said Dr. Arthur Caplan, a bioethicist at New York University Langone Medical Center. ... While many more adult lungs than children's lungs wind up being donated, the ruling doesn't guarantee Sarah a new set of lungs. The matches are based on blood type, the risk of dying, the chance of surviving a transplant, and other medical factors. The donor lungs would also have to be an appropriate size for her chest."

Caplan worries about a court getting involved. "I'm not sure I want judges or congressmen or bureaucrats trying to decide what to do with organs at the bedside," he told the AP.

Joel Newman, spokesman for the United Network for Organ Sharing, told the wire service that "some lungs donated from deceased adults have been offered for children's transplants over the past two years, although he couldn't give a number. But he said all were turned down by the children's surgeons."