Accessibility links
Esther Williams, Swimmer Turned Movie Star, Dies : The Two-Way In the 1940s and '50s she was "America's mermaid" thanks to her starting roles in a series of Hollywood "aqua musicals." Williams was 91.

Esther Williams, a swimming champion who became "America's mermaid" when she starred in a series of Hollywood "aqua musicals" in the 1940s and '50s, has died.

According to The Associated Press, that word comes from her family and her publicist.

A stepson, actor Lorenzo Lamas, has also posted this message on Twitter:

Williams would have turned 92 in August. 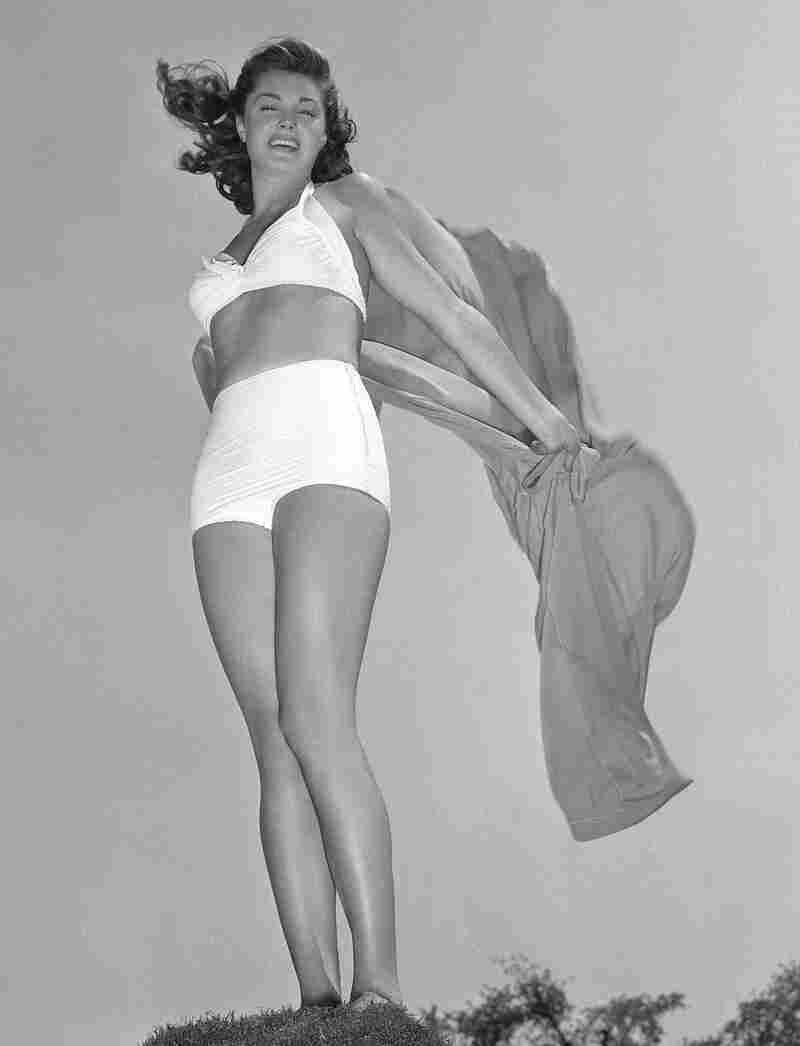 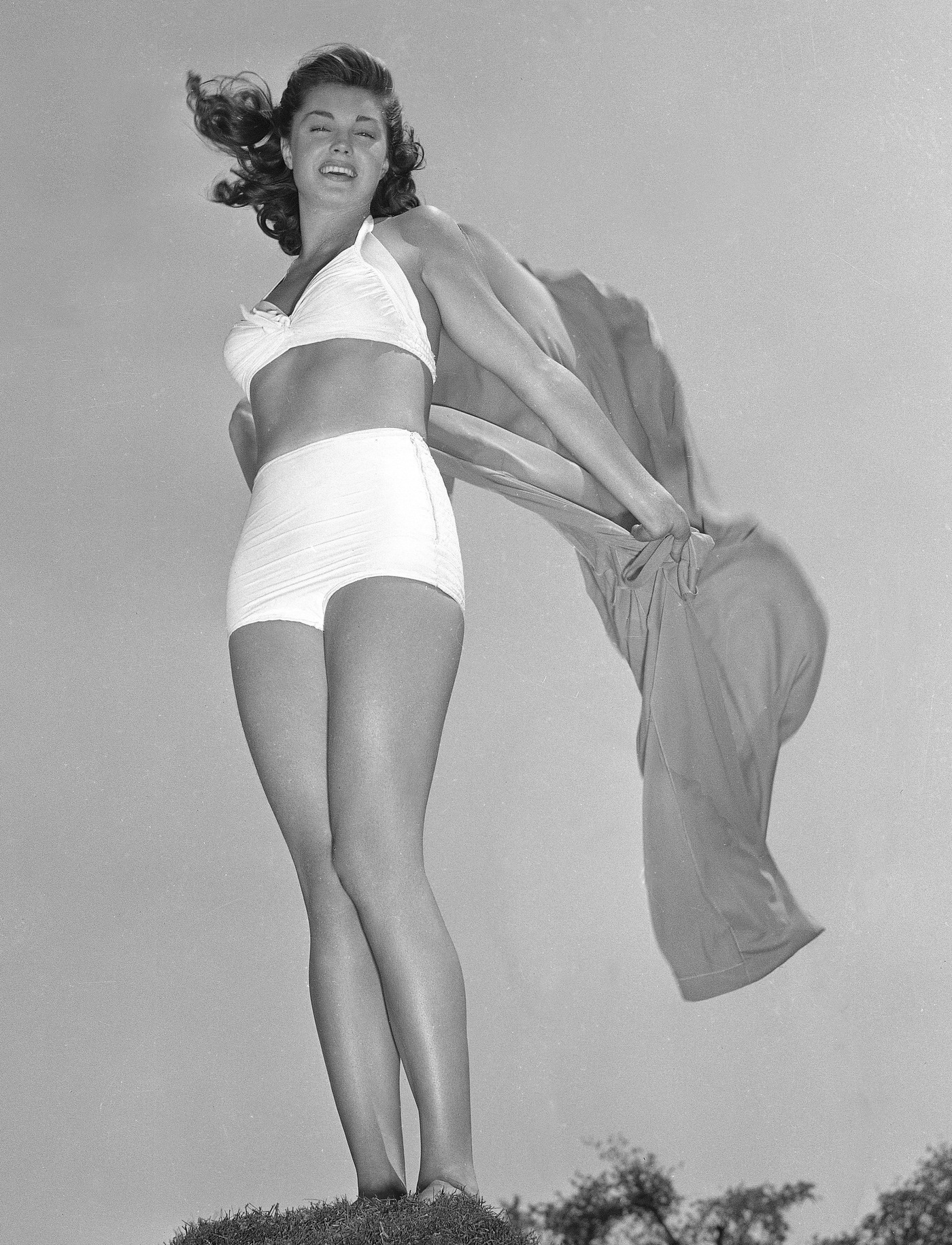 Her bio at IMBD.com says that:

"Esther Williams' youth was spent as a teenage swimming champion. ...

"She made her film debut with MGM in a 1942 'Andy Hardy' picture called Andy Hardy's Double Life. ... She became Mickey Rooney's love interest in the movie, and her character was called Sheila Brooks.

"Following this short movie, stardom was not far away. MGM created a special sub-genre for her known as 'Aqua Musicals.' Her first swimming role was in Bathing Beauty (1944). Bathing Beauty was a simple movie compared to her later big splashes such as (1952), co-starring Victor Mature and Walter Pidgeon. Esther Williams was often called 'America's Mermaid,' as it appeared that she could stay underwater forever!

"Following the decline of the once lucrative MGM aqua musical, she attempted dramatic roles. ... She retired from the movie industry in the 1960s, returning as a star guest in That's Entertainment! III (1994) discussing her appearance in MGM films."

People magazine writes that Williams was "born in the Los Angeles neighborhood of Inglewood, the fifth and youngest child of a sign-painter father and psychologist mother. ... [She] competed in amateur swimming competitions in the late 1930s, hoping to make it onto the U.S. swim team at the 1940 Olympics until that event was canceled due to the war in Europe. Instead, she performed in the Aquacade at the 1940 San Francisco World's Fair."

It was another swimmer-turned-movie star, Johnny Weismuller, "who picked her out of a casting call of 75 hopefuls" to be in the Aquacade, according to a bio on Williams' website.

People says it was at that show where "MGM talent scouts spotted and signed her."

She was offered a screen test "paired with none other than Clark Gable," Williams' website says. "Gable liked her, the studio liked her, and she was signed to a contract."

Here's a very relaxing video that compiles some of her swimming scenes.