Accessibility links
WATCH: Rep. Trey Gowdy Gets Emotional During IRS Hearing : The Two-Way Gowdy's voice cracked when he pointed out that some government workers were furloughed while some IRS employees stayed in lavish hotel rooms. 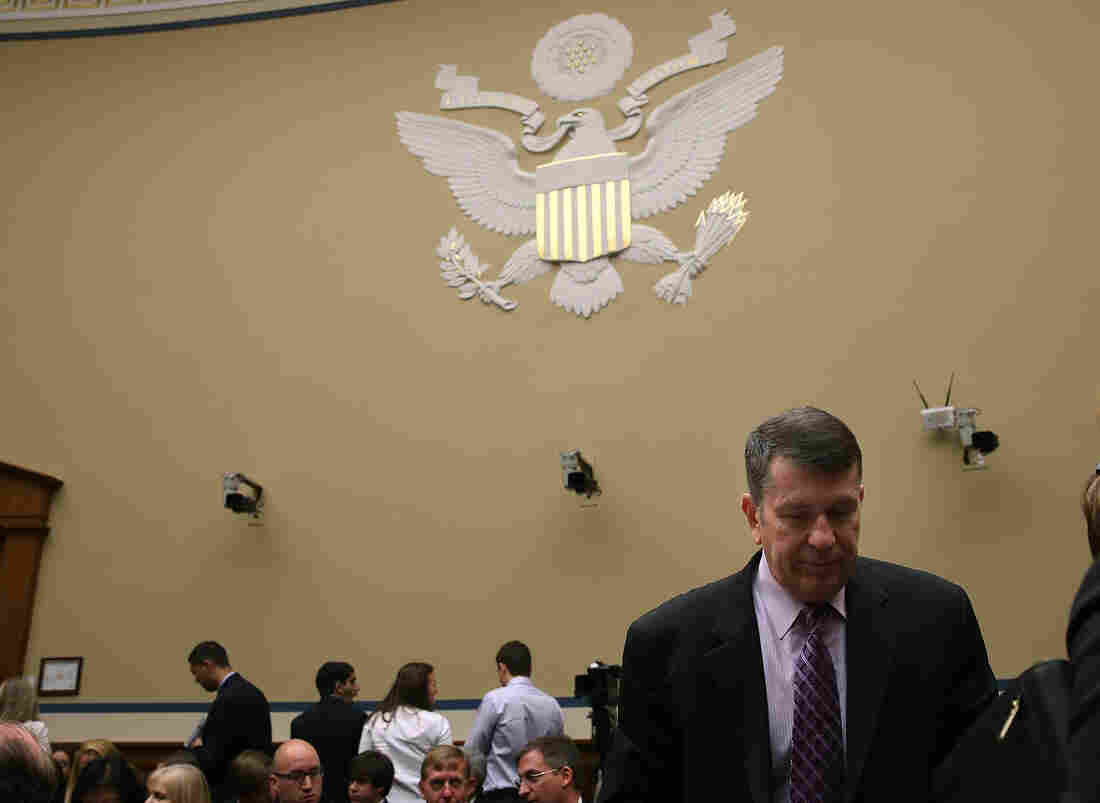 Faris Fink, commissioner of the IRS Small Business and Self-Employed Division, walks away after testifing before the House Oversight and Government Reform Committee, on Capitol Hill, on Thursday. Mark Wilson/Getty Images hide caption 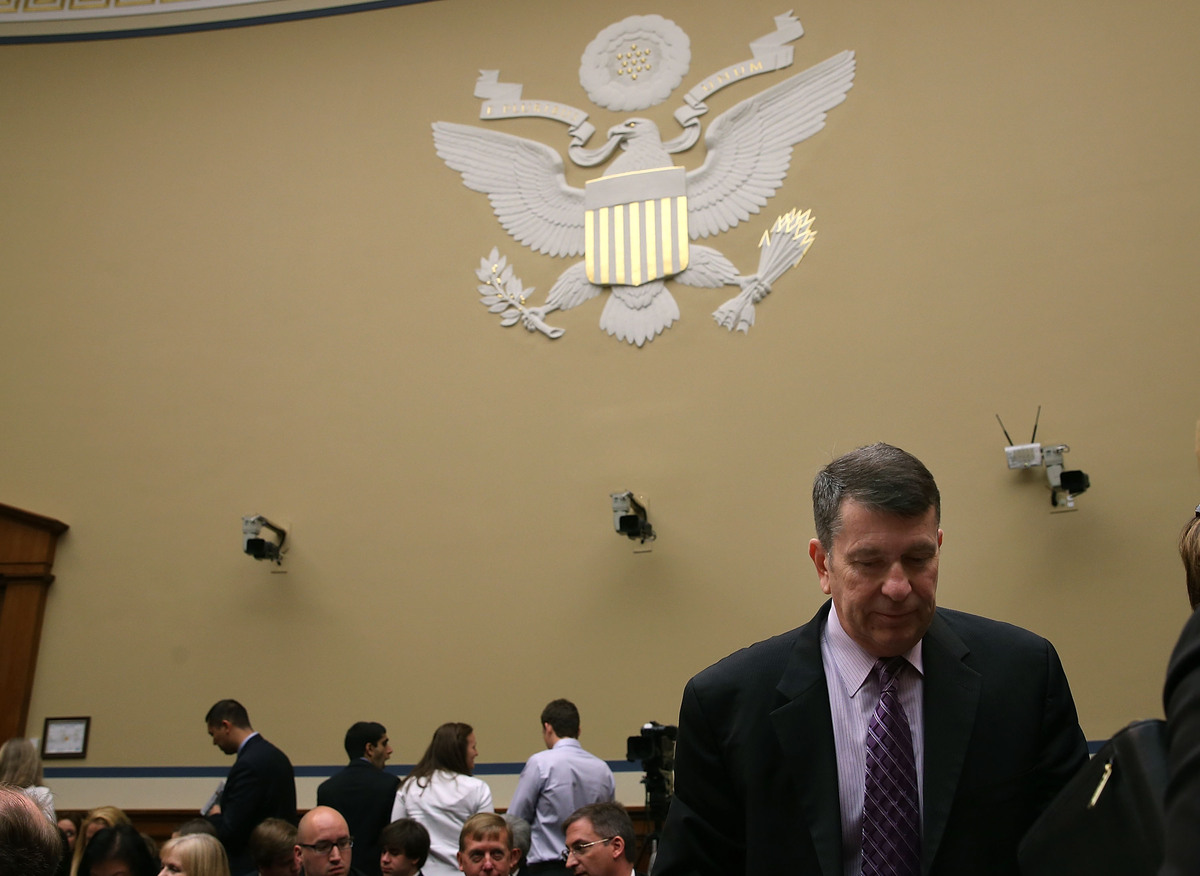 Faris Fink, commissioner of the IRS Small Business and Self-Employed Division, walks away after testifing before the House Oversight and Government Reform Committee, on Capitol Hill, on Thursday.

On Thursday, the House Oversight Committee held a hearing looking into an Inspector General's report that found lavish spending on conferences by the IRS.

As NPR's Tamara Keith reports, Committee Chairman Darrell Issa (R-Calif.) asked the question on a lot of people's minds when they watched a pair of videos — one with a Star Trek theme — that cost taxpayers $50,000.

"What were you thinking?" Issa asked Faris Fink, the commissioner of the IRS division that held the conference.

"They are embarrassing and I regret the fact that they were made," Fink answered.

Perhaps the highlight of the hearing, however, is the dressing down that Rep. Trey Gowdy (R-S.C.) gave the IRS employees and the Treasury Inspector General for Tax Administration J. Russell George.

"This is not a training issue," Gowdy said told George, adding that it can't be fixed by another training session. "It strikes me as a cultural systemic, character, moral issue."

The reason for that, Gowdy implied, is that while IRS agents were staying in lavish rooms and paying keynote speakers $17,000, some government workers — including law enforcement officers and teachers — across the country were being furloughed.

Gowdy's voice cracked when he told the story of one of his secretaries, who came into his office after hours to borrow some money.

Here's the full video posted by the congressman's office: