Accessibility links
Spurs Beat The Heat In Game 1 Of NBA Finals : The Two-Way The Miami Heat won't be sweeping the San Antonio Spurs, as many analysts predicted. In fact, the Heat's path to the championship just got more difficult. After Sunday's game in Miami, the series goes to San Antonio for (if necessary) three straight games.

Spurs Beat The Heat In Game 1 Of NBA Finals

Spurs Beat The Heat In Game 1 Of NBA Finals 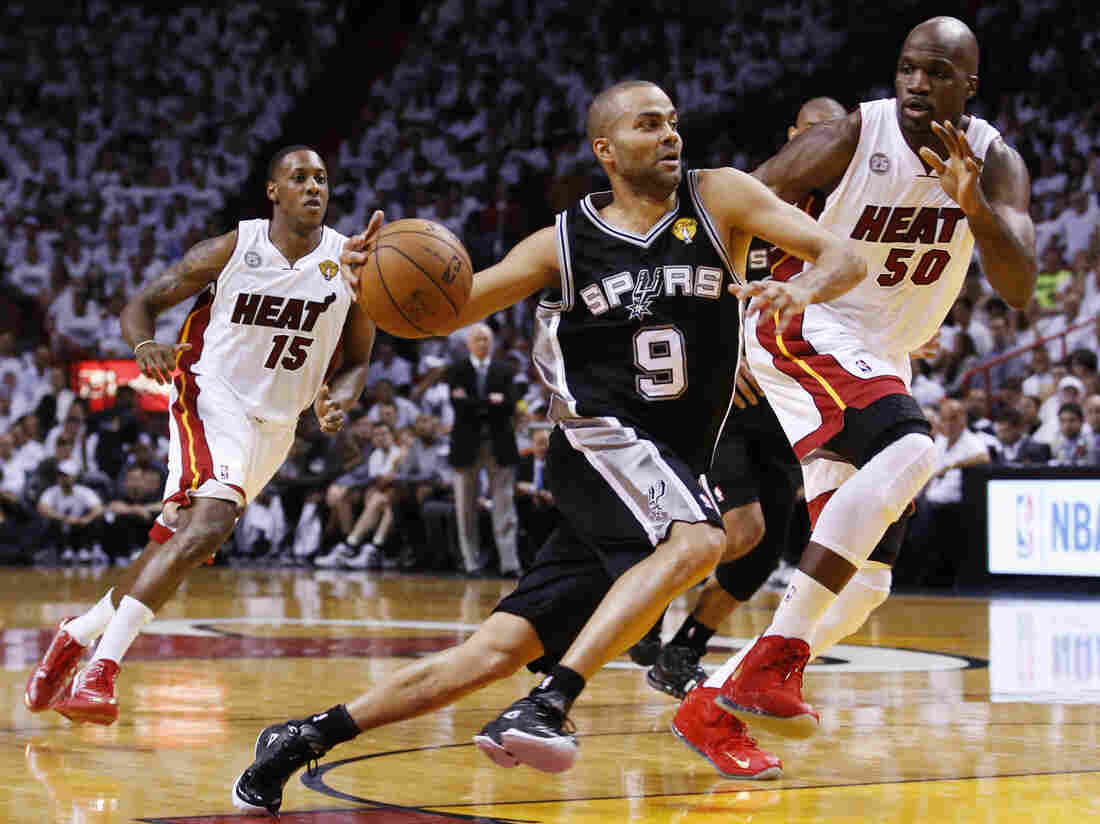 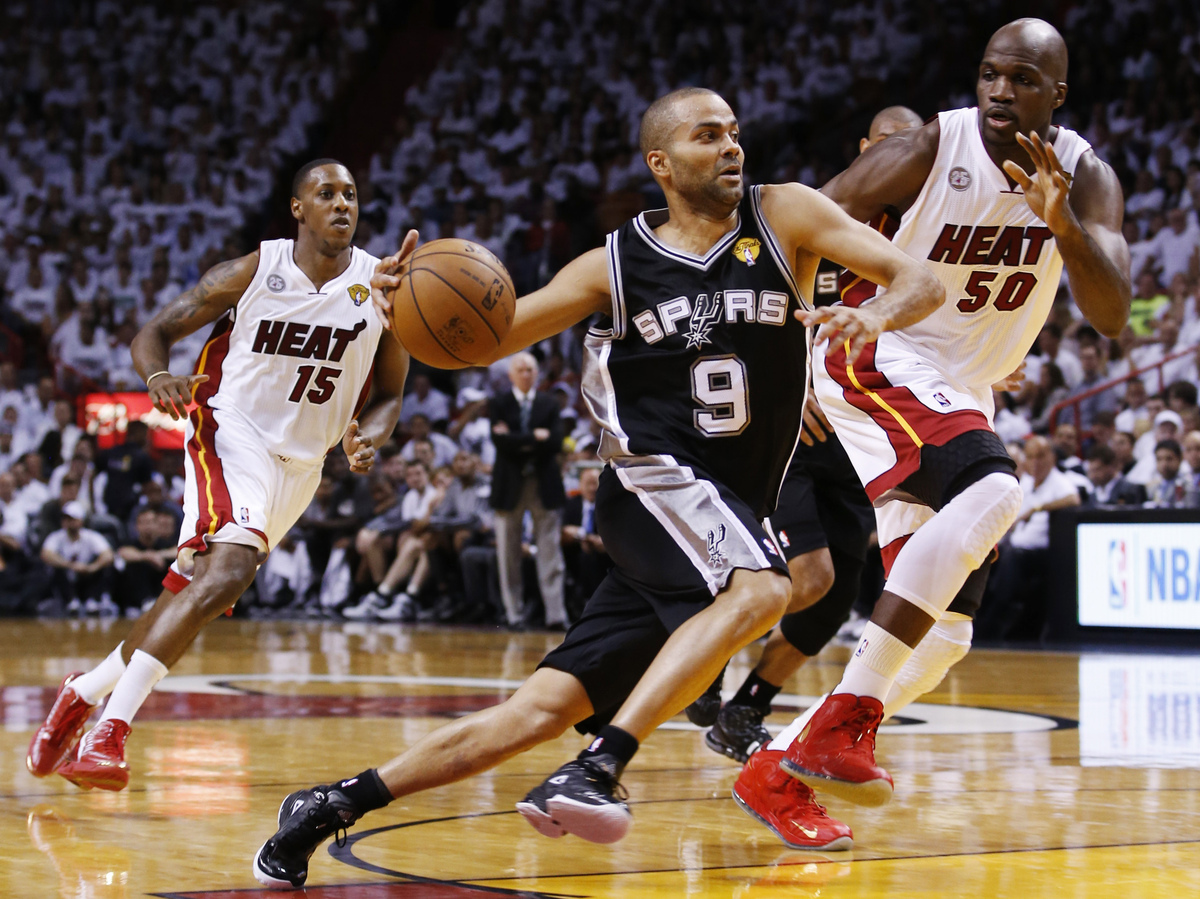 Tony Parker of the San Antonio Spurs during Thursday night's first game of the NBA finals in Miami. The Spurs beat the Miami Heat, 92-88.

So much for a Heat sweep:

"Tim Duncan overcame a slow start to finish with 20 points and 14 rebounds, Tony Parker banked in a desperation jumper on a broken play with 5.2 seconds left and the San Antonio Spurs withstood LeBron James' triple-double to beat the Miami Heat 92-88 on Thursday night in a thrilling Game 1 of the NBA finals." (The Associated Press)

The defending champion Heat had been, and may still be, the favorite to win the best-of-seven series. Obviously, though, Miami isn't headed to a 4-0 sweep. And the Heat's path to a championship is now more difficult. After Sunday's game in Miami (8 p.m. ET on ABC-TV), the action moves to San Antonio for (if they're necessary) the next three games.

3 Things You Need To Know About The NBA Finals

— Tony Parker's "Cat Quickness." On Morning Edition, NPR's Tom Goldman waxed eloquently about how basketball purists swoon over the Spurs' style. The players share the ball, move quickly and shoot well. They play "team basketball," something that's not seen a lot these days in the star-dominated NBA. But along with Duncan, the big man who anchors the team, there is a Spur to watch. Tom says that guard Tony Parker's "great shot and cat quickness" make him a "defense-shredding machine."

We also noted that "the Spur who gets the daunting assignment of guarding James is 21-year-old Kawhi Leonard, a second-year player from Los Angeles. You may hear his name a lot — either because he has some success stopping the league's best player or because he gets steamrolled by James. Listen closely to whether ABC's broadcasting team gets Leonard's first name right. According to ESPN's Rick Reilly, it's pronounced "Kuh-why."

The AP writes that "James had 18 points, 18 rebounds and 10 assists in his second straight NBA Finals triple-double, but he shot only 7 of 16 against some good defense by Kawhi Leonard, and Miami's offense stalled in the fourth quarter."