Accessibility links
'Night Stalker' Richard Ramirez Dies In Prison : The Two-Way Ramirez, who was convicted of 13 murders, died of natural causes while on California's death row. 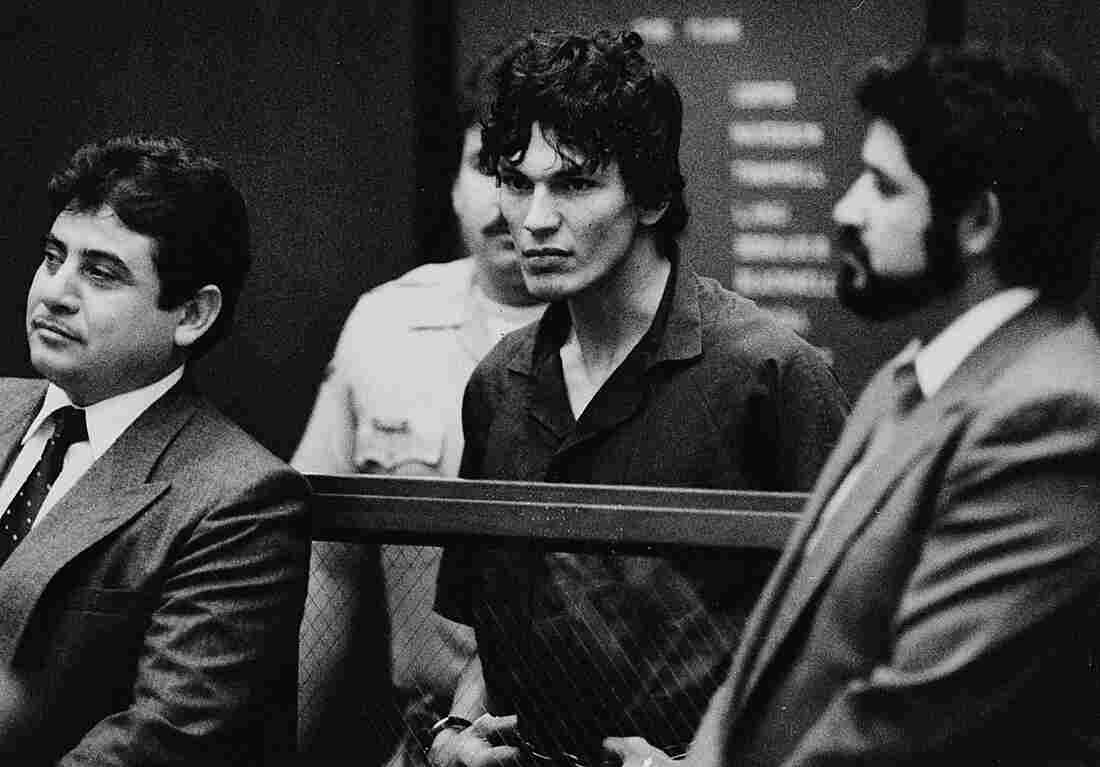 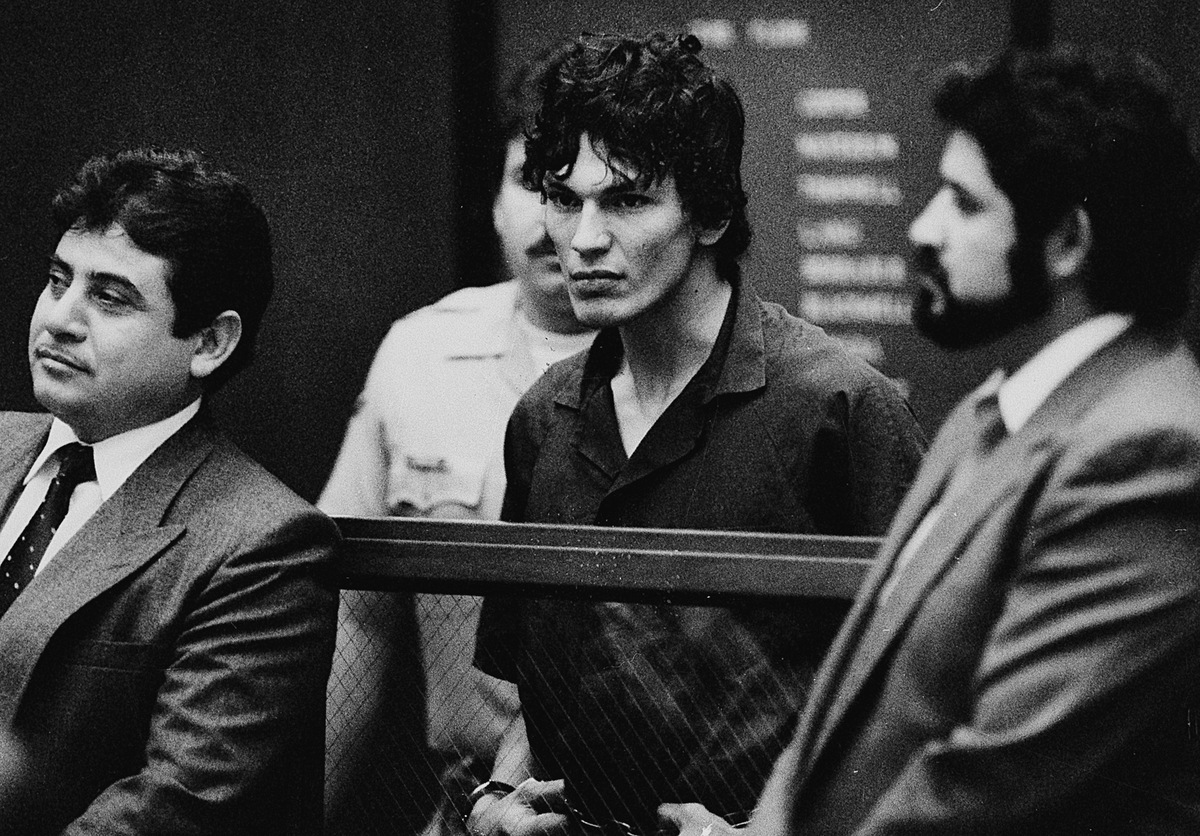 Richard Ramirez during a court appearance in Los Angeles, Ca., in October of 1985.

Richard Ramirez, the serial killer known as the Night Stalker, has died of natural causes in California, the AP reports, citing corrections officials.

KRON-TV reports that Ramirez was on death row in California's San Quentin prison. The station adds:

"Ramirez terrorized Southern California in the mid-80′s with a series of break-ins that led to murders and rapes. In 1989 a jury found him guilty of 13 counts of murder, five attempted murders, eleven sexual assaults and 14 burglaries and sentenced to death.

"In 2006, the California Supreme Court upheld the death penalty for Ramirez."

The Biography Channel reports that Ramirez was 53 years old. He was found guilty of 13 murders in 1989. The channel adds:

"His first victim was a 79-year-old woman whom he first killed and then raped. What followed was a spree of brutal murders, rapes and robberies leaving more than 25 victims in its wake. Most of the assaults took place in the victims? homes, earning Ramirez the name The Night Stalker. A series of clues from witnesses and survivors eventually led to his capture in August 1985."

The California Department of Corrections and Rehabilitation says in a statement that Ramirez died at Marin General Hospital near San Quentin, Calif.